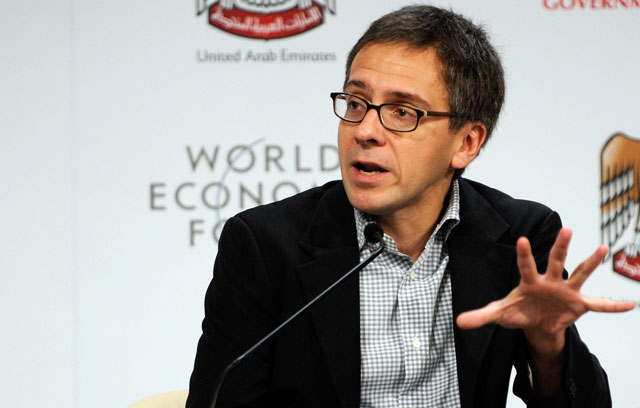 We caught up with political scientist Ian Bremmer, founder of the Eurasia Group, for three quick questions leading up to his appearance with Kishore Mahbubani on Wednesday, February 6, at Asia Society in New York. Tune in at 6:30pm ET for the free live webcast.

You wrote recently about how elites feeling more vulnerable was a good thing. In Asia, we see a generation of children of elites coming to power. Potential for tension there?

There is certainly the potential for more tension as the children of elites come to power. This will prove particularly true in China, where the gap between rich and poor is extraordinarily large — in a country that’s generally quite poor. On top of that, there are some significant headwinds facing the economy, and even if Beijing should manage them well, the government can’t control information the way it used to. That’s a challenge for elites — especially political elites — everywhere, but it’s a much more fundamental challenge for China (given its state capitalist, authoritarian system).

What are the three most important Asia policy opportunities for the new Obama administration? And why?

First of all, Obama should focus on the Trans-Pacific Partnership (TPP) negotiations. This is the most important trade agreement on the world agenda right now; should all the countries in discussions join, its members would constitute 40 percent of world GDP. It’s a strategy to organize countries along economic principles, which means excluding China today. But the goal would be for it to be for China to ultimately aspire to join.

Second, economic statecraft, as defined and articulated by Hillary Clinton, is a huge priority for the Obama administration. What does it entail? A push for the U.S. government to work on geoeconomics and investment policy, with like-minded allies on common standards, internet, combating cyber attacks, indigenous innovation, and intellectual property, to name a few.

Lastly, Obama needs to conceive of a single big project for the U.S. and China to work on together — some area for coordination despite the countries’ largely conflicting interests. Absent a "big ticket" mutual goal, the likelihood of the U.S. and China heading to conflict is great. What could this project entail? Here’s an example: Perhaps a joint clean energy push that can vindicate some of Obama’s inaugural address rhetoric — and shore up Beijing’s standing with frustrated citizens in major cities who are breathing in unsustainable levels of smog.

John Kerry, the new U.S. Secretary of State, recently made comments suggesting he may be partly at odds with the U.S. "pivot to Asia." How do you see this playing out? And what do you think of a Secretary Kerry, specifically with regard to U.S. relations with Asia?

I think without question, Obama’s most effective nominee in his first term was Hillary Clinton. Losing her is obviously quite a blow, but Kerry has been nominated largely to uphold her goals and the trajectory for American foreign policy that Hillary established. Any talk that Kerry is “partly at odds” with the pivot to Asia is exaggerated. Kerry will treat the pivot as the overwhelming priority that it is.

Matt Stumpf contributed to this report.