Hurricane Sandy: Could Extreme Weather Spur Reform in US as it Did in Myanmar? | Asia Society Skip to main content

Hurricane Sandy: Could Extreme Weather Spur Reform in US as it Did in Myanmar? 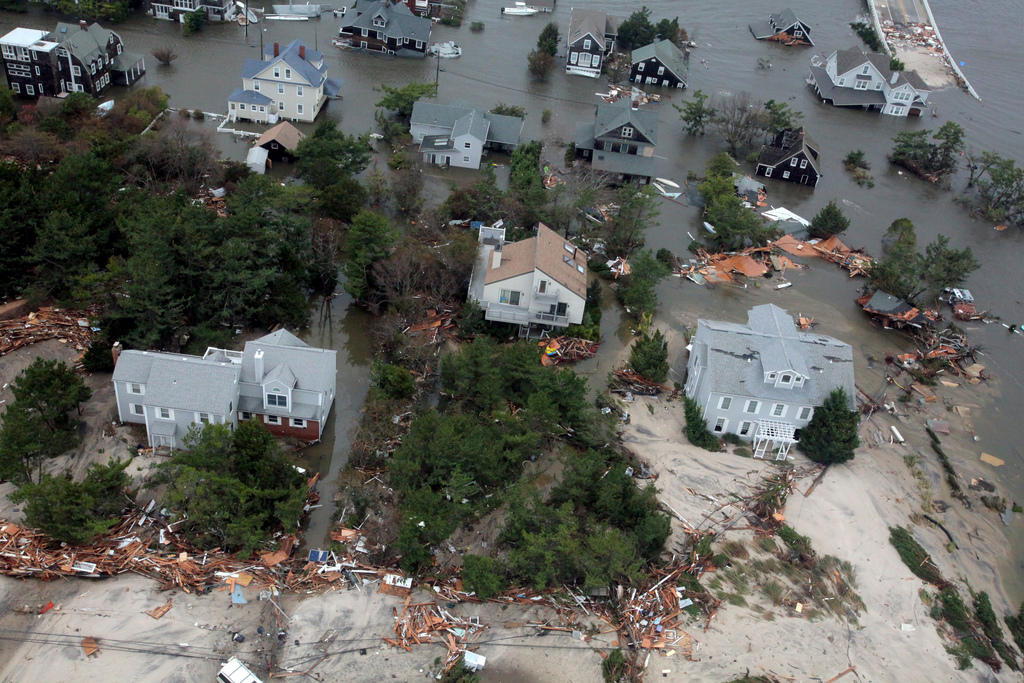 It often takes a major event to catalyze change.  Whether violent conflict or a major storm, seeing the worst often pushes us to make difficult decisions for the better.

While we wait to see what lasting impact — if any — Hurricane Sandy has on environmental policy in the U.S., it is helpful to look to Asia and reflect on a storm that literally pushed cloistered Myanmar toward reform.

This story originally appeared on The Diplomat, an international current-affairs magazine for the Asia-Pacific region.

Cyclone Nargis, which quickly overwhelmed the least developed Southeast Asian state on May 2, 2008, provided the necessary spark for a politically troubled government’s reforms to take place.

At that time, participatory politics and stronger institutions were desperately needed in Myanmar to more effectively deal with the threat of increasingly intense tropical cyclones in Asia.

I happened to be in Yangon at the time of Nargis, a storm that would result in, by conservative estimates, 138,000 people killed or missing. Millions more were left without housing or clean water, and the livelihoods of thousands of families were destroyed. The low-lying, and heavily irrigated Irrawaddy Delta region, south of the country’s capital, was especially badly hit.

As information began to trickle out of the country, widely held views in the international community of the country’s repressive policies and opacity were confirmed. The storm evidenced the ill-equipped nature of the government and its lack of capacity in recovering from such a significant catastrophe.

Worried about Western-led pro-democracy plots to usurp its power, Burma’s government waited for days before allowing any outside assistance.

The day Cyclone Nargis hit, the New Light of Myanmar, a government-controlled English language daily newspaper, focused heavily on the impending constitutional referendum, aimed at solidifying the military’s role in government. The banner headline read, “To approve the State Constitution is a national duty of the entire people today.” Mention of the impending Cyclone Nargis could only be found buried in a weather report that called for “some rain and thundershowers.”

On May 10, eight short days after the storm hit, the government proceeded with its vote. It determined that 92 percent of eligible voters were in favor of the new constitution in elections considered by international and domestic observers to be fraudulent. Just six months before Nargis, monks took to the streets as part of the Saffron Revolution, calling for political reform. Burma’s ruling generals were keen to further assert their strength in the face of lingering domestic unrest.

While the constitutional referendum may have been ill-timed and undemocratic, Nargis also ushered in a period of change. As the International Crisis Group reported, “The massive devastation caused by cyclone Nargis has prompted a period of unprecedented cooperation between the government and international humanitarian agencies to deliver emergency aid to the survivors.”

In particular, the Association of Southeast Asian Nations (ASEAN), took the lead in organizing the humanitarian response. As ASEAN Secretary General Surin Pitsuwan said in a Myanmar Times interview earlier this year, the international presence at a donor conference after Nargis “reassured Myanmar that the world was not altogether hostile and was willing to make exceptions.”

The country’s opening to the outside world in the last 12 months in particular, occurred faster than nearly anyone could have imagined.

Hurricane Sandy will not cost as many lives as Nargis, nor will it chart a new course for democratic politics in the United States. But the billions of dollars in damage it caused may present an opening for policymakers wishing to persuade climate skeptics of the dangers associated with warmer waters and rising sea levels.

The less visible, but equally devastating, slow-onset disasters such as the drought that hit America’s Midwest this year, impact worldwide food prices and require similarly urgent global action toward their prevention.

Unfortunately the climate debate is thus far mostly driven by developing world states, with the economically developed world refusing to sign on to binding measures with respect to carbon emissions.

As Sheikh Hasina, Bangladesh’s Prime Minister, and Jose Maria Figueres, the former President of Costa Rica, wrote in the recently released Climate Vulnerability Monitor, “Despite having contributed the least to climate change” developing states are, “forced, almost unaided, to take costly measures to protect our people and our economies.”

Many people recognize what rich nations should be doing with respect to climate change. The harder question is getting rich nations to commit, given the costs involved.

This is in spite of the fact that a failure to act will result in, as Hasina and Figueres write, “declining prosperity and immense suffering” on a global basis.

As many articles published in the last couple of days suggest, Sandy’s strength was likely magnified by a variety of factors resulting from a warmer planet.

Climate change — from which no country is immune — is a great equalizer, and perhaps with Sandy we can better understand the type of suffering that afflicts Asia with ever-increasing severity on an annual basis. Sandy has proven, as with Hurricane Katrina and other storms before it, that America, perhaps home to the best disaster response capabilities in the world, can too be crippled by extreme weather.

In the Northeastern U.S. this week, millions felt the pain of widespread environmental destruction. We should seize this moment to support leadership that emphasizes responsible climate policy to protect not only ourselves, but also our fellow man in regions where governments are much less well equipped to manage disasters such as this.