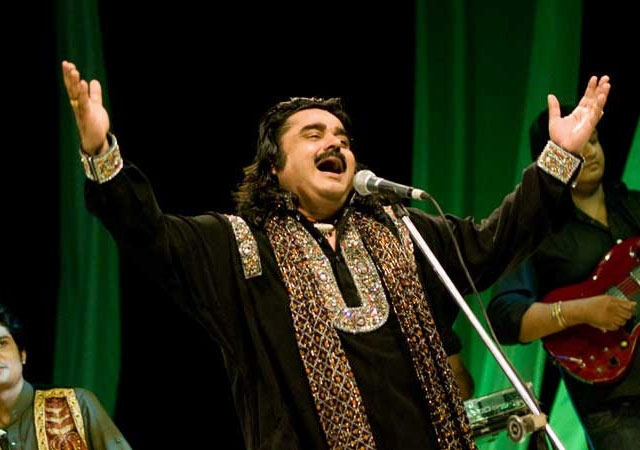 Both concerts are completely sold out, but Saturday night's show will be a free live webcast on AsiaSociety.org/Live at 8:00 pm ET.

For American readers or others who may be unfamiliar with Lohar, the Times includes a helpful account of the Sufi tradition of which his music is a part. Writer Ben Sisario calls this tradition "a devotional style with centuries-old poetry that is layered with allegory, and performed with all the transcendent passion of a love epic."

Interviewed by the paper, Lohar himself seems comfortable in the role of cultural ambassador. He tells the Times: "I am here representing my country and my culture. I have connected with people, and it feels so good to connect in that way."

(In summer of 2010, Asia Society co-hosted a Sufi Music Festival which brought Abida Parveen and other charismatic Pakistani performers to New York City.)

Lohar and Aftab's two concerts are part of Asia Society's ongoing initiative Creative Voices of Muslim Asia, made possible by support from the Doris Duke Foundation for Islamic Art. The shows are also the culmination of a U.S. tour made possible by Caravanserai: A place where cultures meet, a series of residencies and tours designed to bring contemporary artists from the Muslim world to American audiences.

Complete details about Asia Society's Saturday, April 28 webcast are available here. Before the webcast, get yourself in the mood with Asia Blog's roundup of classic Arif Lohar videos.