How U.S.-China Relations Are a Cycle of 'Rapturous Enchantment' and Deep Disappointment | Asia Society Skip to main content

How U.S.-China Relations Are a Cycle of 'Rapturous Enchantment' and Deep Disappointment 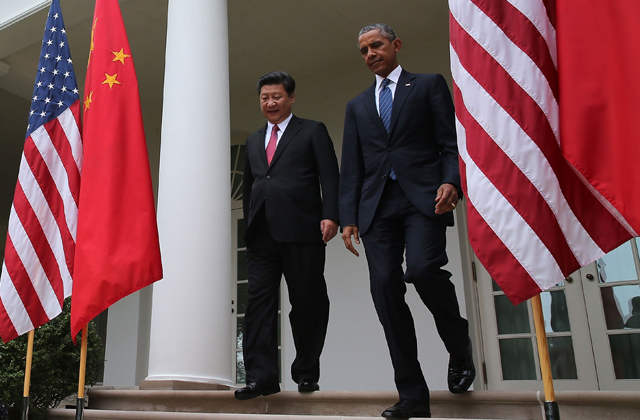 In 1872, China’s imperial government began sending teenage boys to the United States to study science and technology. After a series of "humiliating" military defeats at the hands of technologically superior foreign powers, China’s leaders realized they would need to learn from the West in order to catch up to it. The 120 boys were intended to study in San Francisco for 15 years.

Ultimately, their journey was cut short. After arriving, the boys took an interest in far more than just their studies, quickly immersing themselves in American culture, sports, local romances, and many other social activities. Some even converted to Christianity and cut off their braided queues — a major affront to Qing Dynasty tradition. A commissioner for the program wrote back home warning that “if we let these students stay in America for long they will no doubt lose their love for their motherland.” In 1881, the students were recalled back to China, where, rather than being embraced for their newfound knowledge, were greeted with suspicion.

On December 6 at Asia Society in New York, Asia Society's Center on U.S.-China Relations will hold a salon exploring Chinese perspectives on the U.S. election and the future of a changing America with Orville Schell, Jiayang Fan, Li Shurui, and Ouyang Bin. Learn more

“I think you see the same thing happening now with the [Communist Party] issuing these new orders and ordinances about fighting off the ‘hostile Western forces,’” said author and longtime China correspondent John Pomfret while speaking at Asia Society in New York Wednesday. “There’s this desire to be both strong and rich, but how to do it without being infected by the ideas of the West — that’s always been very difficult.”

Pomfret recently published the book The Beautiful Country and the Middle Kingdom — a literal translation of the Chinese words for the United States and China — which looks at the two countries’ relationship since 1776.

He said that the abrupt reversal of the 1872 Chinese Educational Mission was just one of many instances in the relationship where there’s been “rapturous enchantment” followed by “deep disappointment.”

He noted that years later there was a passion among many American Christian missionaries to re-engage and help develop China after the Boxer Rebellion of 1900 — a passion that was given hope when China’s Republican government was established in 1912. But that sentiment was quickly dampened after the 1927 “Nanjing Incident,” when foreign consulates were attacked and residents killed in a spate of nationalistic violence. Relations thawed when the U.S. allied with China in World War II, regressed during the Korean War and the Mao-era (1949-1976), and improved again in subsequent years after China launched economic and political reforms.

Pomfret said that today, with an intensifying nationwide crackdown on dissent within China coupled with strident anti-American rhetoric from Chinese officials and state media, the two countries have entered another era of disappointment. Since Chinese President Xi Jinping came to power in 2012, the United States has been blamed for orchestrating democracy protests in Hong Kong, trying to incite a “color revolution” in the Chinese mainland, and even launching a “cultural invasion” in China through academic exchanges.

“I think we're in a trough where we're diverging,” Pomfret said. “But I'm optimistic that there will be a converging again. We're going to get back in a period of ‘rapturous enchantment’ at some point.”

John Pomfret explains why, in spite of an aggressive government clampdown and anti-American rhetoric from top Chinese leaders, he's optimistic for the future of U.S.-China relations and for positive political change in the country. (3 min., 14 sec.)

He said that in spite of rocky relations at the top, mutual respect and admiration between common people in both countries remains strong — and is in fact likely what is, at least in part, fueling China’s domestic crackdown.

“There is a powerful, sort of bad gene in the Chinese DNA which is very pro-American,” Pomfret said. “When you tell a Chinese person you’re from America, they still give you the thumbs up. They may say, ‘Well your government is always humiliating us, you're containing us.’ But the sense Chinese have that Americans are generally good people is very strong. … You're containing us and you're humiliating us, but we really respect your values.”

He noted that the attractive aspects of American culture even infect top Chinese leaders, who can be somewhat “schizophrenic” in their attitudes. They might “mouth hate of America” one day but then send their children to college there the next. Even Xi Jinping’s daughter has studied at Harvard.

Although Chinese may not be clamoring to replicate the American political system, there have been signals that people want change bringing the country into closer convergence with the basic values of Americans, Pomfret said. One such indicator was the explosion of critical voices that emerged with the introduction of the Weibo microblog around 2010 pushing for more government transparency, environmental protection, and individual rights, among many other issues. The service has since been subject to aggressive censorship as part of the overall crackdown on critical voices that’s taken shape under Xi Jinping.

“The reason they’re cracking down is because there's so much pressure to change,” Pomfret said. “There's a lot of information moving around society. … It's not that the [Communist] Party is making up its paranoia; it's right to be paranoid — because people want a better, freer country.”

In the above video clip, Pomfret talks with Elizabeth Economy and Orville Schell about why there are more appealing prospects for change in China today than in 1989 during the Tiananmen movement. Watch the complete program in the video below.

John Pomfret discusses his new book The Beautiful Country and the Middle Kingdom, which details the relationship between China and the United States since 1776, with Elizabeth Economy and Orville Schell. (1 hr., 16 min.)