How to Track China's Economic Health 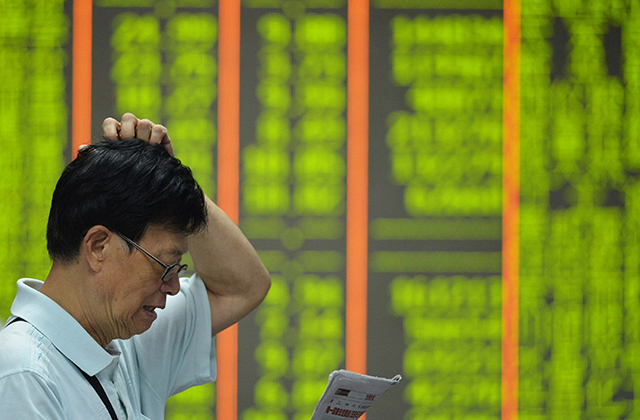 For the uninitiated, understanding what's really going on with China's economy can seem like an exercise in futility. Traditional measures like gross domestic product (GDP) provide only a crude impression — and probably aren't accurate, anyway. The indeces of China’s major stock markets in Shenzhen and Shanghai are similarly flawed indicators. Given how large China’s economic performance looms in world markets — not to mention the current U.S. presidential campaign — the stakes for understanding what’s happening have seldom been higher.

So, what should observers look for to gauge the health of Chinese economy? And, beyond the data, what are some less tangible signs that China's economy is on firm footing?

To find out, we spoke with two veteran China-watchers: journalist and lecturer Richard Hornik, a long-time Asia-based correspondent now at Stony Brook University, and Joe Studwell, a journalist and author of the recent book How Asia Works. Here’s what we learned:

If not GDP, then what?

Everyone — even the Chinese government — acknowledges that the economy is slowing down: The current GDP target of 6.5 to 7 percent is down from the 8 percent that once was the government's annual standard. But the statistic — which China-focused economist Leland Miller recently characterized as "political, rather than economic" — paints an incomplete picture of China's economic health.

“GDP measures of any economy are useful only insofar as the trend lines they show,” Hornik told Asia Blog, adding that "it seems significant that the GDP number has weakened in spite of efforts to make it fit the predictions of the country's top leaders.”

Fortunately for China observers, other types of information — including statistics, signals, and intangible factors — provide a more accurate interpretation.

“Right now almost all of the China economists I follow are focused on China's debt levels,“ Hornik said. “While it is true the country has enormous foreign currency reserves, by and large those will not help solve the problems created by the far larger debts owed by local governments and state-owned enterprises (SOEs). The central government can bail out these debtors, but the debt overhang makes the issuing of new loans less possible and, worse still, less effective."

Structural changes in the financial and industrial sectors — such as China's efforts to consolidate state-owned enterprises and encourage the rise of private firms — are also telling.

“There has been more movement in the former than the latter so far, which is what I expected,” Studwell said. “[China-focused economist] Nicholas Lardy's latest book showing a rising trend in the banking sector to finance private enterprise is a real positive."

However, Studwell added, these changes are not necessarily inevitable in the current political climate, where President Xi Jinping has resisted significant reforms. “We have waited a long time under Xi Jinping without seeing much movement — just rhetoric,” he said.

What China needs to do next

As China economy evolves, experts recognize that the nation can no longer rely on infrastructure investment and manufacturing exports to fuel economic growth.

“The consensus among both domestic and foreign economists is that China's future growth must rely increasingly on the service industry — financial services, retail, health, etc. — and greater domestic demand, rather than on heavy industry and on export-led manufacturing,” Hornik said.

Studwell believes that China focus on sectors that where it possesses a natural advantage — areas like film and entertainment, renewable energy, e-commerce, and space exploration.

“It is about which sectors will produce Chinese firms that can be in the top five, at a minimum, globally," he said. "There are lots of possibilities. But it remains a competitive world.”

Building global, industry-leading companies will inevitably lead to international recognition and soft power, Studwell added — and that's something that can translate into economic power.

“The other thing I look at is how the best Chinese firms are doing internationally. I try to talk to them wherever I go — lately in Ethiopia. At this level I am fairly confident that in a few more years the global recognized Chinese brand names will not be limited to Huawei and Lenovo.”

The importance of social reforms

But before China can guarantee economic stability, many observers believe that the government must implement social reforms.

“China needs to rediscover a commitment to social equity,” Studwell said. “It is absurd that a nominally socialist country has become a land of Porsche Cayennes and princeling children buying country estates in Europe.”

If prominent social issues — like regional wage imbalances, unemployment, and corruption — are addressed and cared for, focus can shift to the slowing economy. “Social equity will help to keep the national rejuvenation project on the tracks, maintain political stability without violence, and contribute to growth by empowering the largest possible base of entrepreneurial talent.”

Additionally, censorship and the tightening of information flows are social issues that have profound economic consequences, particularly when it comes to competing in digitally driven markets.

“The 21st century industries that China could dominate are social media and online retailing,” Hornik said. “If Beijing stopped trying to control every bit of information that flows through the Internet, its economy would benefit greatly.”