How Much Credit for China's Rise Goes to Richard Nixon? | Asia Society Skip to main content

How Much Credit for China's Rise Goes to Richard Nixon? 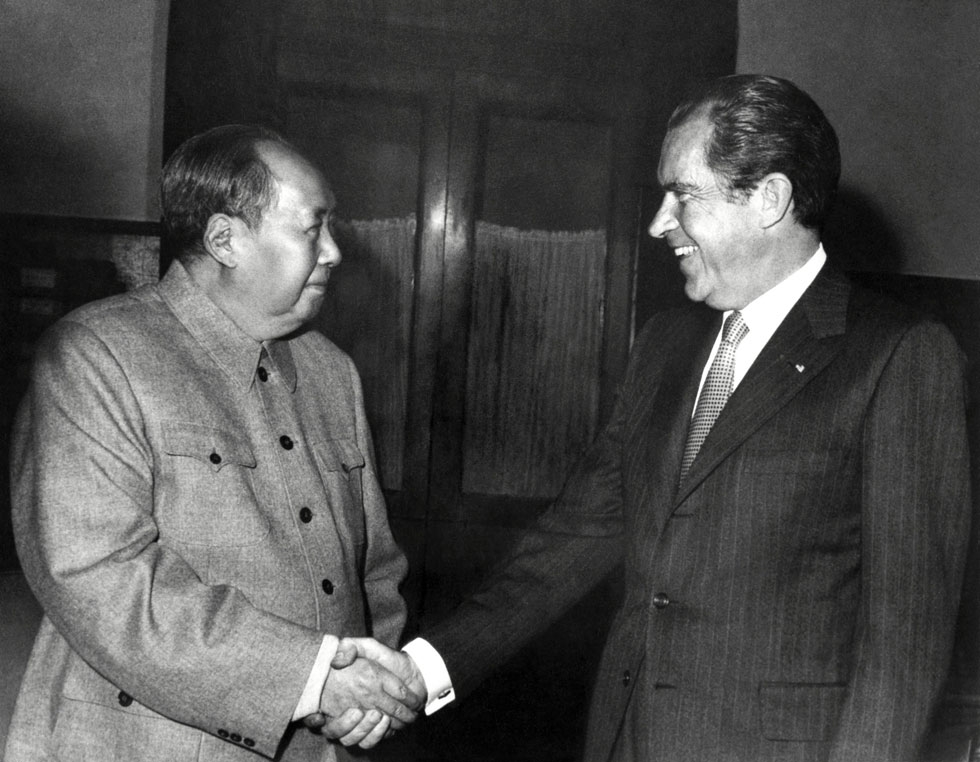 On Tuesday, January 31, at 6:30 p.m. Asia Society New York will feature a showing of Assignment: China – The Week That Changed the World, the new documentary from Mike Chinoy, the former CNN senior asia correspondent and Beijing bureau chief who is now a senior fellow at the U.S.-China Institute at the University of Southern California. The film, a follow up to the documentary Chinoy showed at Asia Society in September, offers a behind-the-scenes look at the media coverage surrounding President Richard Nixon's historic trip to China 40 years ago in February 1972.

Close to 100 foreign reporters were granted unprecedented access to the closed-off country, and the likes of Dan Rather, Ted Koppel and Barbara Walters gave many in the United States their first glimpses into the mysterious regime, from Nixon's arrival in Beijing to a welcoming banquet with Premier Zhou Enlai to visits to the Great Wall and the Forbidden City.

This coverage is billed as "a milestone in the history of journalism." And, after the film, Chinoy will take to Asia Society's stage to discuss the significance of this moment with former New York Times Executive Editor Max Frankel, who won a Pulitzer Prize in 1973 for his coverage of the Nixon trip, former Asia Society president and longtime diplomat Nicholas Platt, who traveled with Nixon in China and whose memoir China Boys focuses on the early days of U.S.-China relations, and Orville Schell, longtime China scholar and Arthur Ross Director of Asia Society's Center on U.S.-China Relations.

Nixon's visit may have been a watershed moment for journalism on China, but what did it mean for the future of China? What might have happened to China had Nixon not made it to Beijing? We posed that question to Chinoy, Schell, Platt and Frankel. Their answers are below. [UPDATE: We also reached out to former U.S. Ambassador to China Winston Lord, who also was present during Nixon's China visit. His response is below.]

Had Nixon not visited China in 1972, what do you think the country would look like today?

While developments in China have largely been driven by internal factors, had President Richard Nixon not made his historic trip, it is entirely possible that the internal changes which transformed the People’s Republic in the decades that followed would not have occurred — and the country might have evolved in a very different way.

The success of Nixon’s trip strengthened the hand of Zhou Enlai and other pragmatists in the Chinese leadership, helping to make possible the rehabilitation of Deng Xiaoping in 1973 and the shift in focus away from ideology and towards economic development. The fact that the U.S. relationship offered the promise of greater economic engagement with the rest of the world offered an alternative path for those seeking to change China’s course.

China might well have changed in any case, but the Nixon visit helped accelerate the process and made engagement with the West not only possible, but a central feature of the country’s astonishing development since the 1970s.

Mao Zedong and Zhou Enlai had two prime reasons to reach out to the United States — balance the Polar Bear threat to their North, and break out of the isolation caused by the ongoing Cultural Revolution. Nixon's trip and subsequent developments achieved both goals.

Without the historic breakthrough, Beijing's insecurity and solitude would surely have persisted — no one can say for how long. The visit not only produced leverage on Moscow but led to immediate Chinese relations with key countries and admission to the United Nations. Moreover, in a few years Deng Xiaoping launched the domestic reforms and fuller opening to the world that have made China a looming power in three decades.

The Nixon opening generated enormous,lasting benefits for America. Clearly it did so for China, as well.

Had Nixon not gone to China, it is hard to imagine how U.S.-China relations would not have been a great deal more unstable than they currently are.

The epic 1972 visit has provided both sides with an almost biblical genesis moment to which they have both been able to refer back ever for stability whenever things get rough, which they frequently have.

What is more, the visit injected a measure of ruthless realism into a relationship that had been heavily ideologized and that has has served as a valuable stabilizing reality principal ever since.

If Nixon had not made his visit, the process of China's international emergence and economic development would have been delayed, perhaps by a decade or more.

Nixon's visit changed the dynamic of international politics. It put the U.S.S.R. off balance, and permitted the Chinese to breathe easier about threats from abroad.

Internally, China was long overdue for the pragmatic "reform and opening up" that Deng Xiaoping brought forward after Mao died. It would have happened in due course, Nixon visit or no. But a continuing, unchecked Soviet threat would have strengthened hardliners and made Deng's task more complicated.

Nixon's visit opened the people-to-people channels for developing trade, investment, travel, education, scientific, and sports/cultural exchange which make up the currrent gigantic relationship between the US and China. The pent-up internal forces which propelled the Chinese economy benefitted from the expansion of links with the US. China's growth would have occurred over time, but taken longer without these channels.

I think Ronald Reagan would have enjoyed his visit to China, and not asked his hosts to tear down their wall.

That being the case, I doubt that history would have veered even by one degree.