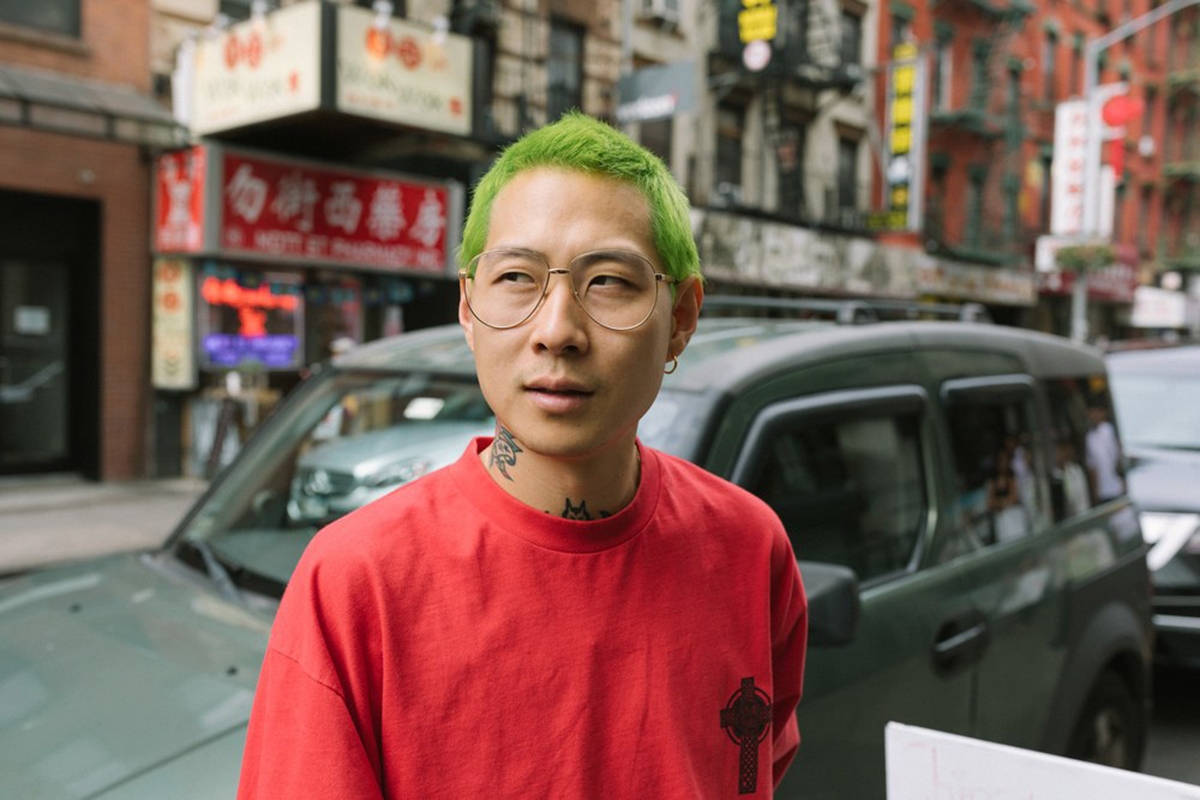 As one of the world’s most prominent culinary capitals, New York City can be a tough environment for a new restaurant. Danny Bowien’s Mission Chinese Food is no exception. Imbued with a psychedelic aesthetic and influenced by Bowien's punk-rock lifestyle, Mission Chinese, originally based in San Francisco, made an immediate splash among critics and restaurant goers when its New York location opened in 2012. However, the restaurant was shuttered in 2013 following a setback with the health department.

But Bowien and his team have proven to be resilient. Mission Chinese and its fiery Sichuan-inspired menu reopened the following year and soon regained its reputation as one of the city’s best and most boundary-pushing restaurants. In the years since, Bowien’s fame has spread beyond the cities of his restaurants: He is also the subject of the newest season of PBS’ popular culinary show Mind of a Chef.

On April 26, Bowien will appear as an honored guest at Asia in America: Celebration of the Arts at Asia Society in New York. In a conversation with Asia Blog, he discussed the future of Chinese food, celebrity chefs, and what he means when he talks about authenticity. The interview has been edited and for clarity.

Tell me how your Asian American identity has shaped your work in the creative field.

My relationship with being Asian American is interesting because I was adopted. I was one of the only Korean-American kids in school growing up. I don't speak Korean, and while I've been to Korea quite a few times now, I never went when I was younger. So it's been a journey for me to find myself and my roots.

The culinary world and cooking have become outlets to find out more about myself, which is a powerful thing.

Did you see yourself working in a creative field when you were younger? Did you face any pressure to pursue something that was more stereotypically "Asian?"

I dealt with a lot of stereotypes and some external pressure growing up. A lot of people just assumed that I wanted to be a doctor. And I was like, "No, that's racist. I don't want to be a doctor. I'm not really good at math.” I wasn't good at academics in general.

My family always encouraged me to do what I wanted to do. They never pressured me to follow whatever career the odds were in favor of at the time.

But at school, I was definitely encouraged to speak in ways that conformed to stereotypes. So inasmuch I wanted to become a doctor, it came from a general pressure to do something prestigious or respectable, not just because I was Asian American. Back in the day, becoming a chef was definitely not thought of that way. People were like, “Oh that's a crazy, awesome, and creative thing,” but it wasn't like being like a brain surgeon or ophthalmologist.

Because I was adopted, I faced so many questions. Why don't you look like your parents? Why don't you speak Korean? I always wanted to have answers that would get people to just stop asking questions. So sometimes I would just say “I want to be a doctor.”

What kind of food did you grow up eating in Oklahoma? How did you come to cook the food you make today?

I wasn't trained to cook Chinese food. It's a skill set that I've learned over many years of cooking at other restaurants. Tasting Sichuan food for the first time in San Francisco led me to learn how to make Chinese food — or whatever it is that Mission Chinese makes.

There definitely wasn't a Sichuan restaurant in Oklahoma City when I was growing up, though there is now. So I didn't have that influence. But I didn't really have a lot of culinary influences in general. There were a lot of chain restaurants like Outback Steakhouse, which I really enjoyed. Any Chinese food we had was pretty Americanized, in the same way that Italian restaurants were Americanized. In Oklahoma in the ‘80s, you couldn't get Roman or Sicilian food. It was all generic Italian, like Olive Garden. The state of ethnic food there has changed quite a bit since then.

When you started cooking Chinese food, did you get any pushback or trouble from Chinese communities who thought you were inauthentic?

There were definitely a lot of people questioning our authenticity. But I was very direct when I first started that I didn't just want Mission Chinese to be an authentic Chinese restaurant. We're shooting to be authentic to ourselves and make food that we were excited about, and that's what we continue to do.

I'd be lying if I said that it wasn't very exciting for me on Mind of a Chef, where we went to Chengdu and I cooked for [legendary Sichuan chef] Yu Bo. To have them eat and sign off on my food was very gratifying. But really, I don't think there was much pressure or pushback from other people as much as there was from myself. I wanted to make something that came off as authentic of me.

We've had our fair share of people that didn't support our ideas. But after eight years, we’ve become resilient. I'm my own biggest critic, no matter how well we do, and I'm always editing myself. I’m always saying we have to do more and we have to do it better. It hasn’t come easy, but it’s here.

People want to find new things. They want to try new things. It’s great to be part of that change.

What do you think of the increasing popularity of chefs in pop culture? This concept of a pseudo-celebrity chef means much more than opportunities to cook — there are also television shows, merchandise, cookbooks, and brand deals. Do you think this is overdue? Do you personally like the exposure and attention?

I got into this business because I wanted to become a very good line cook and I really like the familial feeling of working in a restaurant. I did not get into this thinking as a business person. I didn't go to business school, so I didn't have a lot of business acumen at the start. I think anyone who has followed my journey can see quite clearly that I've made a lot of mistakes and that I learned from them.

So I think these opportunities for exposure are good — but the market is becoming more saturated. Exposure is something you have to be careful about. At the end of the day, people want you to cook food. There have been times I have taken on so much that I became jaded and was no longer in love with cooking. That was really difficult for me. These days, you have to be accountable to many different aspects of a brand and a business. You have to make sure your team is supported if you do have to be away filming a TV show for three months or whatever.

Mission Chinese is not a company where I just come in and cook and leave. We do everything — such as PR — ourselves. I had to learn to be a lot more careful and not do everything I'm asked, which is hard because I got into this business to please people. You don't want to let people down, but you have to look after yourself first.

You are one of a group of chefs that has made a Eurocentric culinary world pay attention to Chinese food. What do you think of this accomplishment? Where do you see Chinese food moving in the future?

At Mission Chinese, we want to have mapo tofu that tastes very much like what you’d have in Chengdu, but we also want to make things that don’t taste like what you would have at a Chinese restaurant. I think really what we’re doing is raising awareness around what regional Chinese food is, and that Chinese food, in general, is not just one thing. It's like Italian food, where it was only in the 80s and 90s that people started paying attention to regional differences, like pizza from Naples. I think that is how ideally people will eventually look at Chinese food.

People want to find new things. They want to try new things. It’s great to be part of that change.