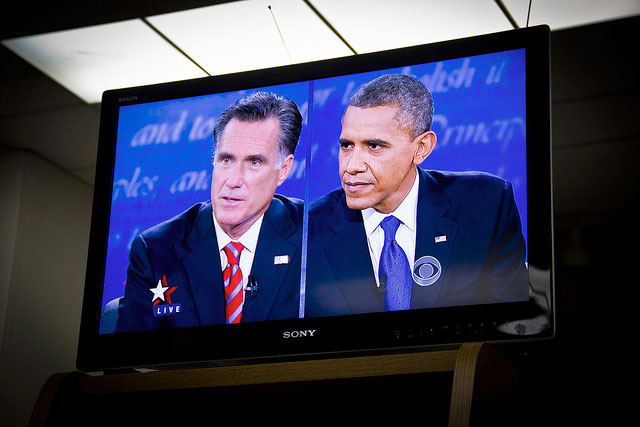 By most accounts, last night's presidential debate on foreign policy focused primarily on how the U.S.’s dealings abroad affect jobs and the economy at home. By and large, those looking for major foreign policy differences were disappointed. Yet for those listening in from abroad, the debate was an important window into how relations between their countries and the U.S. will play out over the next four years. We invited commentary on last night's debate from members of Asia Society's Asia 21 Young Leaders Initiative, the Asia-Pacific region's leading network for emerging leaders under the age of 40. Here’s what they had to say:

As The New York Times wrote after the U.S. presidential debate on foreign policy, China was mentioned 22 times on issues ranging from unfair trade practices to a discussion of whether it is proper for the candidates to have investments in Chinese companies, but neither Obama or Romney had anything positive to say about the country.

Clearly, recent trade friction between China and the United States has caused the U.S. Congress to push for policies of protection against China instead of cooperation. It seems some members of Congress only know how to calculate their votes, but do not know how to weigh the pros and cons of the country's national interest. Thankfully, the U.S. State Department has a more open trade policy and pragmatic attitude toward China.

Trade disputes between China and the United States reminds one more of Cold War mentalities than the current state of geopolitics, and both candidates would have done well to address that fact.

Li Lifan is an associate professor with SASS and advisor to the Overseas Chinese Affairs Office of Shanghai Municipality. He has lectured widely around world, and has published articles on a variety of topics within China and abroad. He is an active member of the Asia 21 community and will be attending this year's Asia 21 Young Leaders Summit in Dhaka, Bangladesh.

With regard to Afghanistan, neither candidate said anything new. I would have liked to have heard more about the U.S.'s commitments to Afghanistan in both the lead up to and the aftermath of the scheduled 2014 withdrawal of U.S. troops.

The remaining years before the 2014 exit of U.S. forces from Afghanistan are a critical time for political and economic transition. The presence of U.S. and I.C. forces until 2014 is a must in order to ensure fair and transparent elections and a smooth shift to a new political administration. Building the foundations for a sustainable economic and security transition will require a regional formula and context. We the Afghans need to learn how to connect with our neighboring countries, build trust, and shape mutually beneficial opportunities for a better regional economic integration, rather than wasting time blaming and distrusting one another.

As an Afghan technocrat and catalyst for change, I would like to see the U.S. and its allies help the new Afghan generation, which is the hope of the country — and which is a committed, capable force — take Afghanistan to a new era. I don't want the U.S. and its allies to leave us to fend for ourselves; I would rather them help us to be at peace with ourselves and with our neighbors. Help us stay on the right path towards building a strong state, and help us lay the foundation for sustainable economic growth.

Mohammad Nader Yama  is Director of Strategy and Programs for the Independent Directorate of Local Governance has 14 years of working experience serving the people of Afghanistan through entities such as the United Nations, Afghanistan National Development Strategy, and Human Rights Commission, and has worked directly with the Afghan government. He is a member of the Afghanistan 21 Young Leaders Initiative (AYLI 21) and attended the 2011 Asia 21 Summit in New Delhi.

China and the U.S.: Competing but Not Conflicting
Jia Ping, China

The final Obama-Romney debate sent a very clear message to the world — and of course to China: We do not want conflict with China, but would instead love to accept a virtuous competition from the Chinese side if competition is unavoidable.

Neither Obama nor Romney mentioned China when asked who the U.S.'s greatest enemy is. Obama's answer was "terrorists networks" and Romney's was "a nuclear Iran." Both candidates regard China as a potential partner — not an absolute adversary. Obama said he had held China responsible for violating trade rules and said he would put more pressure on China to meet "basic international standards [for trade],"while Romney said that the U.S, could work and collaborate with China if China acts more responsibly. Thus it seems that, in regards to China, both candidates emphasized the importance of trade, intellectual property rights, jobs and how to increase investment in R&D to compete with China, rather than implying that there was going to be an unavoidable conflict between the two nations.

Happily, neither candidate used the debate stage to improperly criticize China, and both candidates displayed the attitude that the America would welcome China moving towards a peaceful and positive political and social transition. To Chinese reformers, this message is more than welcome.

Jia Ping is Chief Executive Director and Founder of Health Governance Initiative (Former China Global Fund Watch Initiative), a watchdog and think-tank style non-for-profit organization,focusing on Health governance, transparency,public participation and public policy/law research. He is the leading human rights lawyer and researcher on HIV/AIDS and law in China. He is an Asia 21 Fellow and will be attending this year's Asia 21 Young Leaders Summit in Dhaka, Bangladesh.

Pakistan is a complex and nuanced country — as is our relationship with both the U.S. and Afghanistan. It is difficult to expect that 3-4 minutes in a presidential debate will lay out a comprehensive roadmap for either Pakistan or Afghanistan. I felt that both candidates were measured in their response on Pakistan; both agreed that a divorce was not a solution, but neither chose to dilate on the mutual terms of this marriage.

The opinion that a relationship with Pakistan is warranted largely because of our nuclear weapons and the implication that our nuclear arsenal could fall into the hands of terrorists should Pakistan become a failed state is a somewhat narrow view of Pakistan as a country. Pakistan's nuclear program is a sophisticated entity with international standard safeguards; there is no way the program could ever "fall into terrorists' hands."

We are a nation of 180 million people who have aspirations and dreams of a better life, people who want to live with dignity and respect. We are the 180 million reasons why the U.S. should engage with and remain engaged with Pakistan.

Donya Aziz is a physician and a Member of Parliament in Pakistan. Currently, she is the Parliamentary Secretary for Population Welfare. Dr. Aziz is an active member of the Asia 21 Network and attended the 2006 Asia 21 Young Leaders Summit in Seoul.

As the quickening pace of global change presents new challenges that cross national boundaries, Asia and the United States must look to a new generation of leaders for fresh ideas and imaginative solutions. The Asia Society's Asia 21 Young Leaders Initiative is designed to identify, nurture, and develop these types of leaders across the Asia-Pacific community to foster deep, mutual understanding, build lasting transnational networks, and develop cooperative responses to address shared challenges. Established in 2006, the Initiative now includes a network of more than 700 young leaders representing every country in the region and nearly all sectors, and has become the Asia-Pacific region's leading network for emerging leaders under the age of 40. For more information about all things Asia 21–related, please visit http://sites.asiasociety.org/asia21summit/.