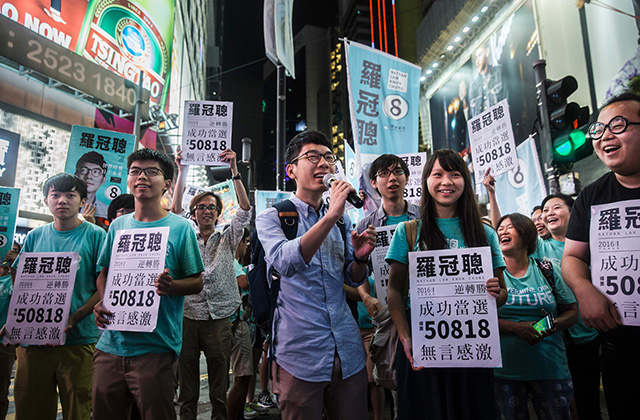 On Sunday, Hong Kong delivered a rebuke to the Chinese government in elections for its Legislative Council (LegCo) — the semi-autonomous territory’s 70-seat lawmaking assembly.

It was the first election since the 2014 “Umbrella Revolution,” a series of street protests pushing for genuine democracy in selecting Hong Kong’s chief executive. Sunday’s election saw the number of pro-democracy representatives increase from 27 to 30, including six candidates who support greater independence and self-determination for Hong Kong. The youngest, 23-year-old Nathan Law, was a protest leader in the Umbrella Movement. This was despite the fact that several candidates were disqualified from running due to their advocacy of Hong Kong independence.

On October 12 at Asia Society in Hong Kong, Richard Bush will speak about measures that Hong Kong and China must take to ensure Hong Kong's economic competitiveness and good governance. Learn more

For years there have been growing concerns that China is encroaching on Hong Kong’s autonomy and civil liberties, with schools, media, and government gradually being forced to take a more China-friendly posture. One of the highest profile incidents came last year when several booksellers that sold titles critical of Chinese leaders were apparently abducted.

Richard Bush, senior fellow at the Brookings Institution and director of its Center for East Asia Policy Studies, is the author of the forthcoming book Hong Kong in the Shadow of China: Living with the Leviathan. In an interview with Asia Blog, he describes how Hong Kong got to this point, and why Beijing is using such heavy handed measures.

What was your big takeaway from the election?

The Legislative Council elections demonstrated that the Hong Kong voters have in no way been intimidated or diverted from their desire for greater democratization. The tactics that Beijing used throughout the electoral reform process in 2013 to 2015 have only made the public more resolute in its desire for genuine competitive democracy. Beijing's actions to try and rule out certain candidates I think made things worse for it.

Moreover, and more concerning I think, is that Beijing’s tactics have also empowered radicals within the democratic camp and marginalized moderates. How that is in Beijing's interest is a mystery to me. That may not be the purpose, but it's been the effect.

How significant is the movement for outright Hong Kong independence that’s emerged in recent years?

I think it's small. I think most Hong Kong people are quite pragmatic, they understand that Hong Kong is a part of China, that independence was never an option, and that Hong Kong could probably not survive as an independent country. The best way to have dealt with this [independence movement] was to have just ignored it. Instead, the Chinese government and certain people in the Hong Kong government have given it traction, and in a way, empowered it. They have made it the center of attention. That wasn't really in their interest.

Some of the newly elected representatives are very young without much, if any, governance experience. How do you think this will affect lawmaking?

There are already serious problems with lawmaking in Hong Kong. The legislature is kind of rigged against what we would see as democratic legislative practice. What you already have is a group of radical lawmakers — people who’ve been in LegCo for some time — disrupting the legislative process through a variety of means, some of which are within the rules, but all designed to block the body from taking action, including action on things that need to be done. For example: filibustering issues, filing a large number of amendments on a particular bill all designed to gum up the works. And they do gum up the works. 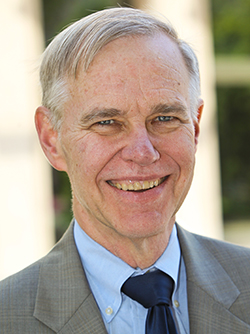 I hope I'm wrong, but I would expect that the addition of these new young legislators who have been sort of steeled in the protest movement will just make this problem worse, and it's not as if Hong Kong doesn't have problems that need to be faced through government action, including legislative action.

Is there any way Beijing can backtrack now to win the Hong Kong people it has disillusioned back to its side? Or has it irreversibly poisoned the well?

The point of reference here I think was 2010, when there was a debate over how to liberalize LegCo elections, and the Chinese government actually negotiated with moderate Democrats for what ended up being a fairly modest reform. It was the first time that the Chinese government had negotiated with another Chinese political party. It was a political party in Hong Kong, but Hong Kong is a part of China. I think that there was a chance in the electoral reform process from 2013 to 2015 that a good compromise could have been negotiated between China and the Hong Kong government on the one hand, and moderate Democrats on the other. Only a small number of moderate Democrats was what the government needed to pass its plan. If they had made, with Chinese permission, certain concessions at the right time, they could have done it.

What I think Beijing could do is to say, once the second Xi Jinping administration is installed [in late 2017], "OK, we're going to go back and start this over. We now understand more clearly than we did before the strong feelings of Hong Kong people. We also are confident that Hong Kong people are sensible and pragmatic. What we propose to do is start a new reform process that takes our original ideas as the base, but makes significant modifications with the goal that major political forces in Hong Kong can put forward candidates to compete in a chief executive election."

To prepare the ground for that kind of initiative, I think that China’s representatives in Hong Kong would have to engage moderate Democrats, bring them along, have a serious discussion about what the changes might be and how a coalition could be built in order to get reform through. The new balance of power in the Legislative Council will make that kind of approach harder to do than it was with the outgoing Legislative Council, but that's the only way out of the current stalemate that I can see.

What is Beijing so worried about in giving Hong Kong genuine democracy?

First of all, I think that there's a serious process in the way that Beijing makes decisions. I think the information that central leaders are getting is skewed and incorrect. People who are responsible for providing analysis for senior leaders are more likely to tell those leaders what they think those leaders want to hear, rather than the truth. I think scary messages are reinforced by certain people in Hong Kong who like the system the way it is and exaggerate the dangers of change.

Beijing has also gotten into a habit, and it goes back a long way, of blaming foreigners for the problems it faces in Hong Kong. Candidate number one here is the United States. Candidate number two is the United Kingdom. In the communist newspapers that are distributed in Hong Kong, it is very common to see stories about how the latest problem is the result of the black hand of the United States, and they manufacture evidence to prove it, or they provide no evidence at all. And it seems people higher up in the system actually believe it.

The logic here is that the United States, through their support of the Democrats, wants to create an anti-China base within China and then use it as a platform for destabilizing the rest of China itself. We have never had the intention of doing that, we will not do that. President Obama went so far in the summit he had with Xi Jinping in November 2014 to say that we are not doing the things you say we are doing. The trouble you're having in Hong Kong is a result of local issues, not the black hand of the United States. But the allegations continued.

The alternative analysis would be that the Americans have nothing to do with the problems in Hong Kong. The problems are the result of the evolution of a modern society where people demand a share of political power, as they do in other modern societies around the world, and as they will probably do sooner or later in the rest of China.

Second, what has happened in Hong Kong is the result of [China’s] policies, which among other things, have created a severe concentration of economic and political power in Hong Kong. Hong Kong people are unhappy about declining real incomes or stagnant real incomes, limited access to decent housing, problems with getting access to education. They feel that the only way to address those problems is through much more democracy, and so if China is going to have a stable Hong Kong, which it wants, it's going to have to do something about both the economic system and the political system.

What do you see as the most important legacies of the Umbrella Movement?

Number one, it gave an impetus to the Hong Kong independence movement. Number two, it confirmed the belief of some quarters in Hong Kong that protests and civil disobedience work. Number three, it should demonstrate, but I’m not sure it will, that if you are going to go the protest route, first of all, your forces need to be quite united. Your leadership has to have good control over those forces. You need to have a strategy for how to win, and that strategy needs to include not only maximal unrealistic goals, which was the case in this episode, but also what you're willing to settle for. You need to have a negotiating strategy because at some point you have to negotiate with the powers that be.

There were elements of the Umbrella Movement that actually put the democratic cause further away from their goals than otherwise might have been the case. In the end, the Hong Kong government's detailed proposal for electoral reform had some interesting elements in it, but people were just so angry that it didn't seem like they were paying sufficient attention.

In what ways did these “elements” you mentioned set back the democratic cause?

One of them is that by occupying a number of important public spaces, by severely disrupting vehicular traffic, the movement alienated a number of people who should have been its supporters. And so support for the effort waned. Second, I think that it gave Beijing an opening to make the charge that Hong Kong's problems were things like unlawfulness and civil disobedience in order to deflect attention to what the true sources of the problem were. They were able to focus on the symptoms of the problem rather than the disease itself.

From Beijing’s perspective, what’s the worst case scenario if full democracy of the legislature and chief executive were allowed?

I think the worst case from Beijing’s point of view would not happen, because public opinion, as badly as it wants democracy, also wants a stable life. It wants a prosperous life. The public wants a society that works. They don't have a separatist agenda. I suspect that is the mainstream view, and establishing that mainstream view through a legitimate process and then allowing the resulting government to perform well and meet the expectations of the public would further consolidate and legitimize that mainstream. But that’s easy for me to say. It's hard for them to understand. In the process of dealing with the current situation the way they are, [Chinese leaders] are empowering the very people that they fear.