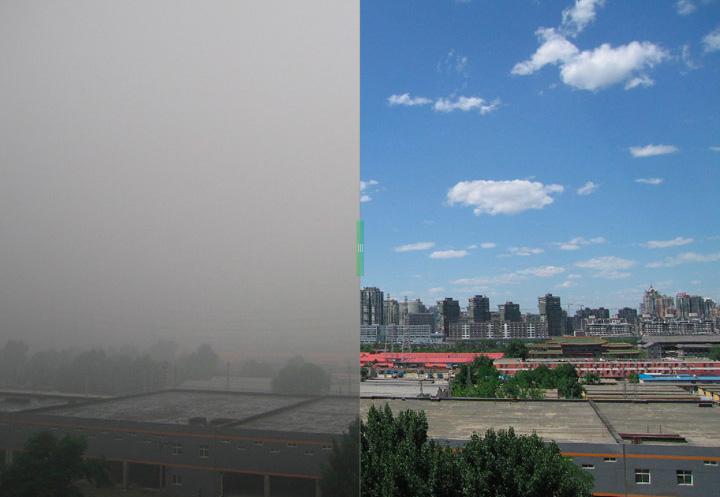 It has been a busy season for U.S. diplomatic activity in China. Given the tensions aroused by U.S. involvement in the Bo Xilai scandal and the flight of the blind activist Chen Guangcheng, perhaps it should come as no surprise that even relatively indirect affronts to China’s sense of sovereignty should cause indignation. That seemed to be the case yesterday when senior Chinese officials declared that air-quality monitoring in China by foreign governments was illegal. The U.S. government maintains air quality monitoring stations on the roof of its embassy in Beijing and at its consulates in Shanghai and Guangzhou and releases the data it collects on Twitter.

China’s Deputy Environment Minister Wu Xiaoqing said yesterday that such monitoring of air pollution violated the Vienna Convention’s requirement that foreign diplomats “respect and follow local laws and cannot interfere in internal affairs.” “China's air quality monitoring and information release involve the public interest and are up to the government,” Wu said, “Foreign consulates in China taking it on themselves to monitor air quality and release the information online not only goes against the spirit of the Vienna Convention ... it also contravenes relevant environmental protection rules.”

I'm no authority on international diplomatic treaties, but my experience as the creator of Beijing Air, a photo archive site that documented air quality in Beijing on a daily basis between 2007 and 2011 convinces me that the information the U.S. shares on air quality has a lot of value, even if it isn’t the most precise or comprehensive. The U.S. monitoring stations only cover small areas in immense Chinese metropolitan areas, and thus can’t claim to be comprehensive. But the data these stations release make for easy comparison between U.S. and Chinese cities. This is because, unlike Chinese monitoring stations, they measure the same pollutants and use the same measurements as are used to assess air quality in the U.S.

I commend the extraordinary efforts by the Chinese government in the lead-up to the Olympics in 2008, with a price tag of 120 billion yuan, to clean up much of the Northern China, and our Beijing Air project has certainly shown solid evidence that air quality in Beijing did improve during that period.

But over the past couple of years, as traffic restrictions waned and construction and industry went back online, air pollution caught back up too. Air quality is not only a visually striking reminder of the consequences of China’s model of economic development. It is also an issue that affects anyone with lungs. China’s rich can find a way to buy organic food to avoid food safety issues, but even they cannot really find a way to avoid breathing the same smoggy air as everybody else. Indeed, even someone as wealthy as celebrity real-estate developer Pan Shiyi, who can easily afford to hop a plain to Tibet on smoggy days, nevertheless uses his popular Weibo account to post comparative data from the Chinese and U.S. governments on air pollution levels to his millions of followers.

Air quality has been back up on a lot of people's radar recently thanks to a thick blanket of smog over Beijing so constant that over the past couple of months, there have been only a couple of days, when it was possible to actually see the sky over Beijing's landscape. Most days, Beijing's skies look like a vista of brown soup.

Our new project, China Air Daily, will visually document the air quality in several Chinese cities, as well as a couple of U.S. ones. It aims to provide a factual documentation of air pollution in China now and hopefully prompt more government and public efforts in China to clear the air down the road. As some of the many online comments on Minister Wu’s statement argued, unless Wu and his colleagues can prove that the U.S. data are outright wrong and misleading from a scientific perspective, the Chinese government would serve the people better by spending more time cleaning up the air itself, and less time airing its grievances.

Michael Zhao, multimedia producer on China's environmental issues, is Editor of the China Green project and contributor to ChinaFile, a publication of the Center on U.S.-China Relations.
@MkZhao