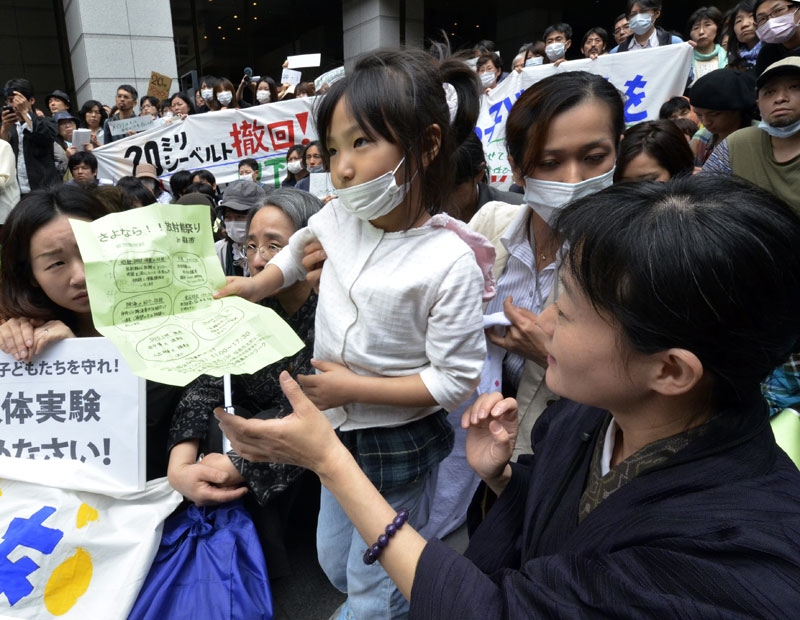 "As they push for a no-confidence vote against Prime Minister Naoto Kan, Japanese politicians continue to delay the passage of desperately needed reconstruction legislation that would improve the lives of hundreds of thousands of tsunami refugees. Polls show that a majority of Japanese would rather keep Kan in office until after the nuclear crisis centered on Fukushima has passed, but politicians don't seem to care.

This collective failure of leadership has made Japan's response to the events of March 11 much slower and less effective than even the Bush administration's much-criticized response to Hurricane Katrina. Japan's two natural disasters are snowballing into a third, man-made one."

"Even with more than 100,000 refugees stranded in shelters, politicians in Tokyo are lollygagging and bickering over partisan issues instead of offering practical ideas for rebuilding the devastated regions," says Asia Society Associate Fellow Alexandra Harney.

"Prime Minister Naoto Kan has outsourced his reconstruction policy to a committee dominated by academics who are out of touch with the realities on the ground in the disaster zone, rather than setting the vision himself."

And Japanese citizens are fighting back. On May 27, the government bowed to a public outcry in Fukushima and agreed to lower the radiation exposure limit for school children.

The people of Japan simply want to know what is safe and what is not. And in this critical moment in Japan's history, Harney says, "Japan's politicians are failing the country."

Meanwhile, evidence suggesting that Japanese officials weren't prepared to confront the devastating March 11 earthquake and tsunami continues to mount. The Associated Press reports that a decade-old one-page document from the Fukushima nuclear plant operator, Tokyo Electric Power Co. (TEPCO), "rules out the possibility of a tsunami large enough to knock the plant offline" — a "wildly optimistic" conclusion, according to the AP.

The latest finding corroborates a series of articles on how the government, plant regulators and even the courts overlooked risk factors in order to support the development of nuclear power.

On May 26, a report by the environmental group Greenpeace refuted the government's claims that radioactivity from the Fukushima plant was being diluted or dispersed. Instead, tests verified by French and Belgian laboratories showed radiation levels in seaweed 50 times higher than government limits.

Earlier in the week, Greenpeace told the AFP that Japan had banned them from taking a sample closer to the shores of Japan.