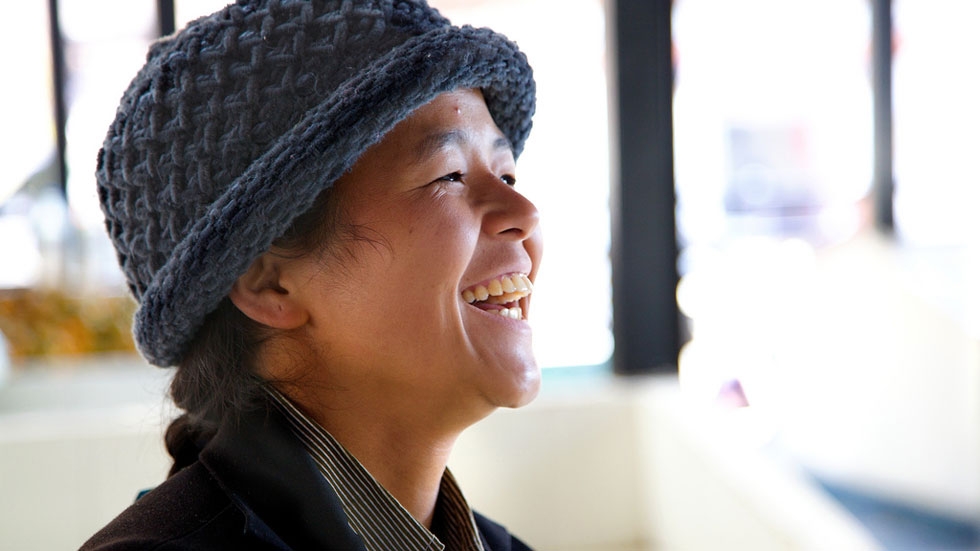 On Monday, in Manhattan’s bustling midtown, senior level officials came together at the United Nations to discuss a new economic paradigm at the High Level Meeting on Well-Being and Happiness, an event organized by Bhutan, a country that knows a little bit about happiness.

Meanwhile in Phnom Penh, at the sleepy confluence of the Mekong and Tonle Sap Rivers, heads of governments from the 10 member states of the Association of Southeast Asian Nations (ASEAN) deliberated on regional security and enhanced economic cooperation.

These two very different meetings actually have strong implications for one another. The ASEAN meeting was sidetracked by the South China Sea row, a conflict over resources. And leaders at the U.N. meeting recognized that the present rate of resource extraction is no longer viable.

The new economic paradigm laid out by Bhutan Prime Minister Jigmi Y. Thinley uses "natural and social capital values to assess the true costs and gains of economic activity" and may hold the answer for avoiding conflict in the world’s fastest developing region. Wellbeing can only be achieved by avoiding resource depletion, which in turn improves overall regional security.

The Challenges of Sustainable Human Development

Southeast Asia’s appetite for economic growth is yet unfed, and its leaders, as well as their governments, can realize short-term financial and political gain from resource extraction.

However, at the U.N. there is now recognition that, as economist Joseph Stiglitz put it on Monday, "Maximizing GDP is not the same as maximizing wellbeing." The level of GDP, a frequently used indicator of economic development, naturally suffers at the expense of increased leisure.

Because sustainable technologies are yet to be widely implemented, and the global community trumpets the need to achieve ever higher levels of human development — defined as expanding people's choices — countries tend to be short sighted in helping their economies to provide now, rather than in the long-term.

This is especially true in Southeast Asia, awash in commercial advertising for consumer goods like cell phones, motorbikes, and even cars. Choice, seldom seen or recognized before, now abounds in these emerging markets.

Unfortunately such commercialism flies in the face of a more holistic human development concept that has happiness and wellbeing at its core. While increased choice about where to live could come from, for example, efficient management of limited water resources, the prioritization of individual ownership over collective good has resulted in a race for people to acquire more.

Of course, decades of collectivized economic policy in Southeast Asia went disastrously wrong. But the powerful drive for individual attainment — whether an official using his position of power to acquire a luxury German sports car, or a slum resident mustering together $100 for a new cell phone — will make achieving a new economic paradigm based upon happiness and wellbeing all the more challenging.

Governments in Southeast Asia, in spite of impressive economic growth, are often too weak to pursue more ecologically sustainable, yet untested, growth trajectories.

It is hard to impress upon governments and humanity the dangers of the current resource-rich, development trajectory.

While the sentiments at the U.N. overwhelmingly recognized that measuring development purely in economic terms is not sustainable, it may be only when our resources are depleted that this issue will truly come to a head.

But spats over resources, like that in the South China Sea, are, and will continue to be, an increasing reality of this century. Therefore, taking the notion of happiness and wellbeing on board and reducing our resource dependency will be critical in ensuring these flare-ups don't spawn full-fledged battles.

At the U.N. meeting, India’s Minister for Environment, Jayanthi Natarajan, reminded the audience of an important quote from Gandhi: "The earth provides enough to satisfy every man’s need, not every man’s greed."