A Former US Ambassador's Advice on How to Work With Pakistan 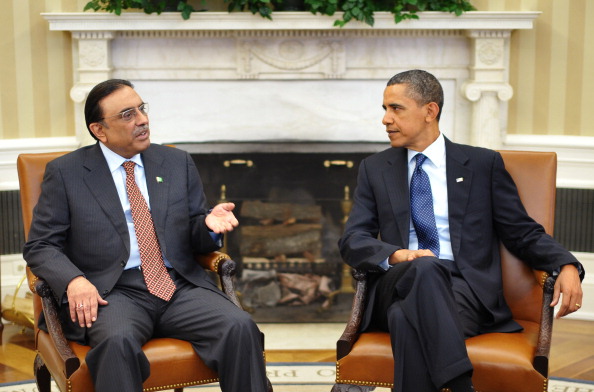 Pakistan and America have had some tough years. When President Obama first took office, Pakistan had just returned to democracy after years of military rule, and many were optimistic that the two countries could build a new and healthy relationship.

Leaders in both countries hoped they could contribute to regional stability, promote prosperity, and work together against militancy and terrorism. Instead, despite great effort, we’ve seen increasing mistrust and skepticism on both sides. Now, as President Obama begins his second term, Pakistanis prepare for an election that, if it proceeds as hoped, would mark the successful completion of a civilian term of office and the continuation of civilian institutional rule, flawed as Pakistani democratic institutions might be.

In both capitals, the high hopes of 2008–2009 have given way to a more sober mood. We now should engage realistic assessments of what we can do. Let me suggest how we can assess the last four years, and look forward to progress in the next four and beyond.

First, the common task of fighting militancy and terrorism remains a priority for both countries. I believe it is a mistake for America to view Pakistan exclusively through the optic of our efforts in Afghanistan, as we’ve too frequently done in recent years. And yet as the situation changes in Afghanistan in 2014 and beyond, we need to marry realistic timelines and policy decisions with the priorities of Pakistani officials. This means continuing with the successful formula of high-level meetings that combine military and civilian leaders from both countries (“three-on-three”), talking together about military and civilian topics, so that joint decisions on security issues are not hampered, or even crippled, by institutional barriers in either government.

Second, we need to admit that the ambitious effort to balance our commitment to strengthening democratic institutions and building prosperity has not been as successful as we would have liked. The Kerry-Lugar-Berman legislation, which generously authorized $7.5 billion dollars in civilian assistance to the post-Musharraf state for five years, has not had the impact its sponsors (and its implementers, such as the late Richard Holbrooke) had hoped.

There is plenty of blame to go around, but it is crucial that the Pakistani leadership step up and admit its failings rather than simply accuse the Americans of inefficiency or bad faith. Pakistan’s institutions, from federal ministries to provincial educational to health providers, need drastic reform — and so does the fiscal structure, which through anti-democratic favoring of feudal interests, cripples public faith in Pakistani democracy. Any American assistance from now on should require Pakistani leadership to reform; and it may be that Pakistani calls for an end to the dependency trap of traditional assistance are right.

If we agree on these two ideas — that we must continue a reasonable, clear-eyed cooperation on counterterrorism informed by (but not defined by) what happens in Afghanistan, and that we must reassess civilian assistance to encourage reform of Pakistani institutions that allow for truly democratic Pakistani leadership — then we have a strong start. The next step would be to break away from the tyranny of negative narratives that limit bilateral ties and reinforce the idea that we have a bad marriage or codependent relationship. If we can detach ourselves from these comfortable but lazy assumptions, we can open the door to new approaches.  I suggest two.

First, wherever possible, we should not limit ourselves to bilateral solutions. Difficult as it may sound, there can be no solution to our long-term security needs in the region without paying attention to neighboring countries. Former Secretary Clinton began the process of looking at post-2014 security arrangements in a regional setting; she also emphasized that these arrangements are not sustainable without stronger regional economic relationships.

This regional approach should continue. We cannot discuss Pakistan without thinking about India, China, and Turkey, their interests, and the roles they may play in the future. Sure, it is more complicated, but it is also more realistic, and helps bury the “viceroy obsession” so prevalent in Pakistan today.

Second, wherever possible, we should not limit ourselves to government-to-government initiatives. My experience in Pakistan convinced me that Pakistanis admire American business practices, educational achievements, and cultural vitality; our abysmally low polling numbers in Pakistan are almost exclusively the result of their perceptions (fair or not) of our security policies.

Now, it should not be our goal simply to be loved, and we may need to make decisions in our security posture that aren’t popular to some people abroad. That being the case, we should understand the limitations of polling data and start encouraging the long-term contact of institutions in both countries to promote a positive impact over years, even decades. American businesses can bring global practices to Pakistan. American universities have traditional links to Pakistani counterparts that need to be rebuilt. Pakistan and America have extraordinarily dynamic philanthropic traditions that work together. The growing energy and power of Pakistan’s unruly but promising media is an opportunity for our media as well.

Now is not the time to turn away from Pakistan, despite the frustrations of recent years. Rather, let’s take a good look at why the last four years did not work out as we wanted, and share that honest assessment with our Pakistani partners. In addition, let’s make sure we use approaches (beyond bilateral) and tools (beyond governmental) that play to our strengths. Finally, a little patience and generosity — on both sides — will certainly be required to heal the cuts and abrasions we have both suffered in recent years.

Cameron Munter served as U.S. Ambassador to Pakistan (2010-2012). He is currently Professor of International Relations at Pomona College and a member of Asia Society's Advisory Group on U.S. Policy Toward South Asia.