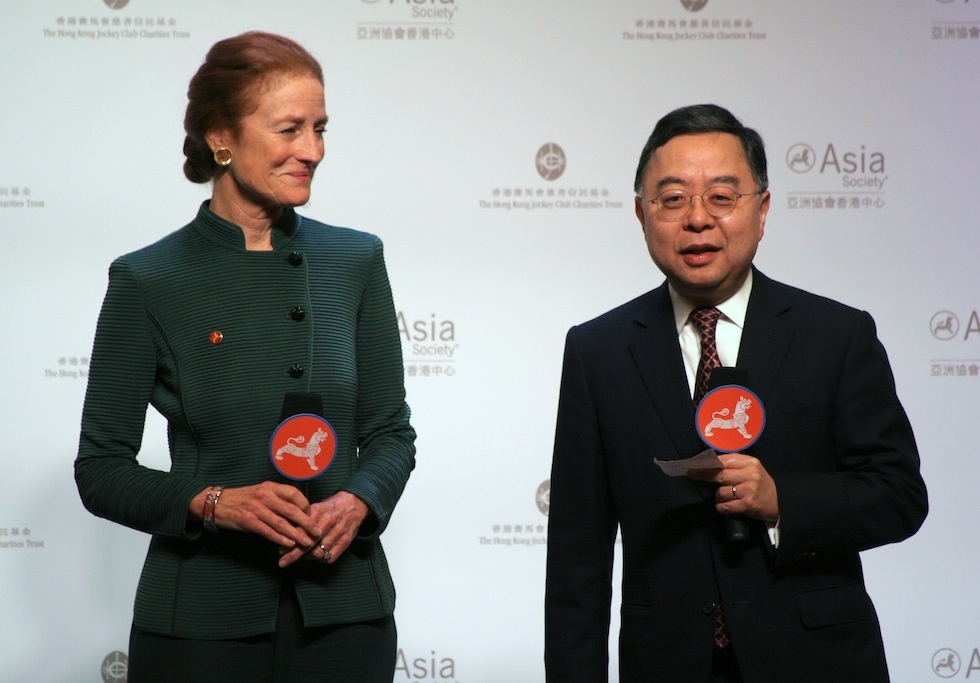 With a new study showing that in 2011 Asia had more millionaires than North America for the first time, it's good to see a Forbes list touting philanthropists in the region.

Asia Society's Co-Chair Ronnie Chan was one of those philanthropists, getting the nod for his contributions to the "Greater China" region. Forbes' John Koppisch writes that Chan was chosen in part for driving fundraising for Asia Society's "gleaming new building in Hong Kong," and donating $1.3 million from his own wallet.

"His involvement with the New York-based nonprofit that promotes ties between Asia and the U.S. dates to the early 1990s," Koppisch writes.

Chan, whose day job is as chairman of property developer Hang Lung Group Limited, is part of a heady list of philanthropists across the region, including the founder of China's biggest property developer, Wang Shi, and Japanese golf star Ryo Ishikawa, who put up $1,000 toward earthquake disaster relief every time he made birdie.

Asia Society followers may not be surprised about the growing number of philanthropists in Asia, and China in particular, if they read last year's Fast Company story by Osborn Elliott journalism prize-winner April Rabkin.

In her story "Follow the Billionaire," Rabkin wrote: "China now has more billionaires (in U.S.-dollar terms) than any other country except for the U.S., and the increasing income disparity between rich and poor has been a growing concern both in the corridors of Communist officialdom and at the grassroots level."

She also pointed out that while China had about China 2,083 legally recognized charitable organizations at the time of publication, the United States had 920,434.