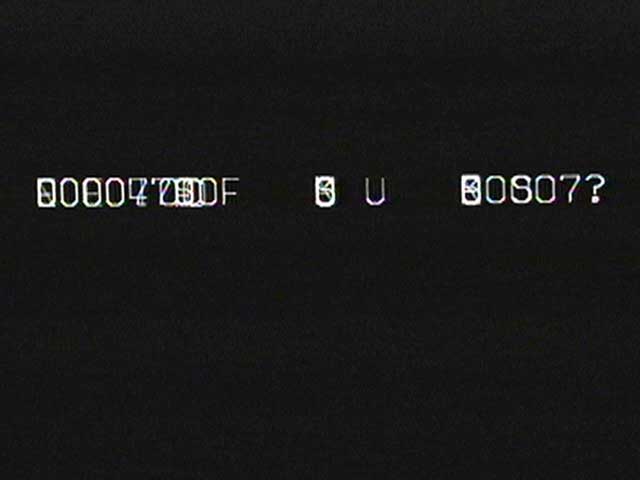 A. Michael Noll is an engineer and Professor Emeritus at the Annenberg School for Communication & Journalism at the University of Southern California. Below, Noll describes meeting Paik in the mid-1960s and the small role he played in the genesis of Paik's video Digital Experiment at Bell Labs, one of the pieces screening at Asia Society on November 1.

One day during the mid-1960s, Dr. Max V. Mathews and I visited Nam June Paik at his studio on Canal Street in New York City. Max and I both worked at Bell Telephone Laboratories, Inc. (aka Bell Labs) in Murray Hill, New Jersey; Max was working on computer music, and I was working on digital computer art and animation. I remember climbing the stairs with Max to Paik's second-floor studio, and the door opening to a large room filled with "naked" television sets with no enclosures. Paik was there, manipulating magnets to distort the TV pictures and modifying the sets' circuitry. Wires were everywhere.

I honestly did not know what to make of all we saw that day — was it art? — but Paik indeed saw the art in manipulated and distorted TV images and video. Max and I invited Paik to visit us at Bell Labs, which in the 1960s was one of the premier research facilities in the world.

I had mostly forgotten about Paik's visits to Bell Labs until last year, when Dr. Gregory Zinman, who was co-editing a book on Paik and was researching the Paik collection at the Smithsonian American Art Museum, contacted me. Dr. Zinman had discovered a computer program with Paik's and my name on it, along with an image that might have been created by the computer. He contacted me to ask for my help in determining what the program actually did, and my memories of Paik at Bell Labs were renewed.

Paik visited me at Bell Labs, around 1967 according to the material at the Smithsonian, and I taught him the basics of computer programing using the FORTRAN language. This probably took a day or so, since Paik already had some knowledge of electronics and mathematics. I also created a small account for him, so that he could use the computer facility at Bell Labs, and he was off on his own.

The image discovered by Dr. Zinman had the words GOD, DOG, LOVE, HATE in circular patterns. The FORTRAN program that he had also discovered would have created this kind of image. A colleague who also looked at the program believes there might have been a small bug in it.

A few months ago, I came across the program for the 1973 International Computer Arts Festival, which was held at The Kitchen in New York City. The program states that on April 10 and 11, Nam June Paik "will show a film he made with Michael Noll, James Tenney, of Bell Laboratories." Paik was listed at that time as "artist in residence at WNET, Ch. 13, New York." James Tenney worked for Mathews at Bell Labs designing the hardware used for computer music and also composed computer music himself. In an interview of him conducted by Prof. Douglas Kahn, Tenney mentioned, "a series of lectures on computer programming" attended by Paik and others.

I was able to track down this film, which I found listed in the collection of Electronic Arts Intermix (EAI) in New York City as "Digital Experiment at Bell Labs, (1966, 4 min. b&w, silent)." The 1966 date seems early and needs more investigation.

The movie, which will be screened at Asia Society on November 1, 2014, shows a dot (a single pixel) that jumps randomly along a diagonal line. There is text that appears at the end, but that most likely is some sort of data dump from the computer and was not programmed by Paik. The word HEAD flashes at one point; the plotter would have created it to indicate the beginning of a movie strip of film.

The FORTRAN program to create this movie would have been quite short. A subroutine would be used to give a random number within a specified range. A fixed number would be added and the result used as the X and Y coordinates of the point to be plotted. All this would be repeated within a couple of DO loops, with each frame sent to the Stromberg-Carlson SC-4020 microfilm plotter to create the movie.

Clearly, Paik was experimenting with computer programming in terms of the images that could be created. I might have helped get him initiated into programming, but then he seems to have gone off on his own, perhaps not wanting to be a bother to others or me at Bell Labs. For that reason, I have no memory of him showing me what he was doing, but that would be consistent with how I remember him. I did not co-author the works he might have programmed at Bell Labs, though I did introduce him to computer programming.

I recall Nam June Paik's enthusiasm, energy, and especially his curiosity. In the end, the mathematical rigors of algorithmic computer art were not in consonance with his style, but I give him much credit for trying — and also for his graciousness in crediting others and appreciating the access he was given to Bell Labs. These are pleasant memories. I appreciate the recent stimulation of them and wonder what more might be unearthed in the Smithsonian collection about Paik at Bell Labs.

A. Michael Noll has had a varied career in communications as a researcher at Bell Labs, a pioneer in computer art and animation, staff member to the White House Science Advisor, AT&T manager and planner, professor, and author.