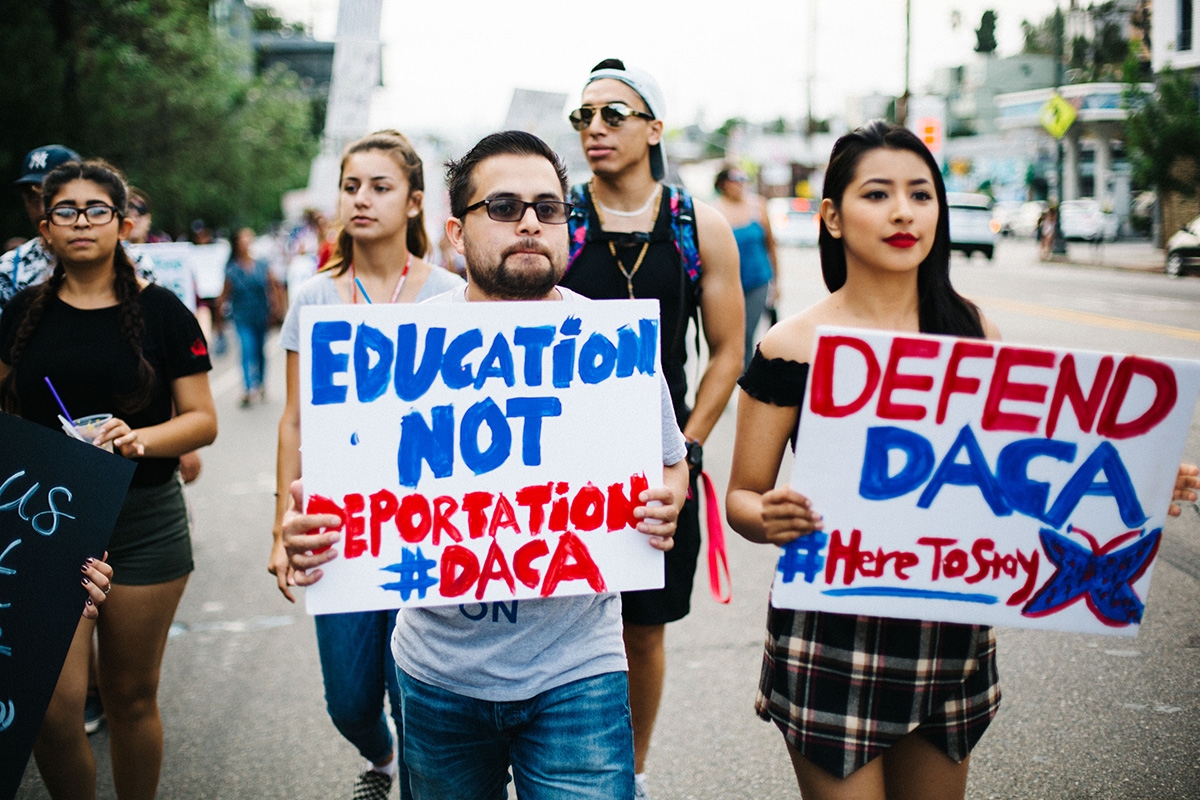 On Tuesday, May 15, Tereza Lee will join a panel of speakers to discuss her own story as an undocumented immigrant and the impact immigrant populations have on their adopted countries for the event Here To Stay: The Asian American Immigrant Experience. Learn more

Doctoral candidate Tereza Lee first came to the United States at the age of two. A gifted musician, her undocumented status prevented her from continuing her education past high school, and a teacher brought her plight to the attention of Senator Richard Durbin in her home state of Illinois. Moved by her story, Durbin worked with Senate colleagues to write the Development, Relief, and Education for Alien Minors (DREAM) Act, a bill that provided a path to U.S. citizenship for those who arrived as minors or children. Although the bill has yet to pass Congress and Lee is now a citizen, she remains a stalwart advocate for young undocumented immigrants. Lee is currently pursuing her Doctor of Musical Arts degree at the Manhattan School of Music.

Asia Blog recently interviewed Lee about the moment she discovered she was undocumented, her evolving views on what it means to be American, and how contemporary music can inspire radical political views.

When you tell your personal history, what do you hope people take away from your experiences?

Most people are still not aware of how outdated or broken the immigration system is. I think a lot of people find comfort in believing the system is fair, and that if anyone has a problem, it must be their own fault. One of the main things I want people to come away with when they hear my story is that our laws need to be fixed.

What has being one of the most prominent symbols of the immigration debate felt like? Did you or do you feel pressure to be the "model DREAMer?"

I understand why a lot of activists and undocumented people feel uncomfortable with the "model DREAMer" narrative. But from a pragmatic point of view, I also believe that part of the reason a large majority of Americans have come to support us is that they see the contributions we make. I don't feel any pressure to be a model DREAMer, and I'm certainly often guilty of not living up to it. However, I always try and put my best foot forward when making public appearances in order to win more hearts and minds.

It's my responsibility to listen to DREAMers and DACA recipients, and learn how their lives and concerns are evolving.

What was your "immigrant experience" growing up? How did you come to the United States? What aspects of Korean culture did you preserve at home?

I flew to the United States when I was two years old, on a tourist visa — in fact, it's my first memory. The immigrant experience definitely had its challenges — from language barriers and struggling through poverty to frequent bullying and harassment growing up. For undocumented immigrants in particular, there is also just a general sense of fear and isolation. As far as Korean culture, in some ways I almost feel like many Korean-American families have stayed more traditionally Korean than our counterparts in Korea, who have moved on from the war-torn, backward country that my parents left. We learned old traditions of respect and etiquette and spoke Korean in a way that many in Korea would probably now regard as old-fashioned.

Has your view of what it means to be American changed over the years? Has research for your dissertation affected the way you think about who and what makes someone an "American?"

If my view of what it means to be American has changed, it's probably the same as what a lot of American citizens my age and younger are experiencing — a newfound sense of responsibility to be involved and help move the country forward. With respect to my dissertation, I'm really just getting started, but I'm already learning some new, lesser-known figures in American music history that I’m sure will be inspiring.

When did you realize you were undocumented? Do you remember how you changed when you knew?

I learned I was undocumented when I was seven. My dad called the family together for a meeting to discuss it so that we would understand how important it was not to let anyone know. It definitely helped bring on this sense of fear and isolation. I grew up fearing authorities and never letting anyone get too close. Like a lot of people I've talked to who grew up undocumented, I also experienced nightmares for years.

How do you stay motivated and hopeful as versions of the DREAM Act seem to stall in legislation? What advice do you have for DREAMers who are still waiting for action from the United States Congress on their legal status?

I don’t really have advice for DREAMers — in fact, now that I'm a citizen, I think it's my responsibility to listen to them, and learn how their lives and concerns are evolving since I was in their shoes so that I can help the best way I can. What gives me hope is their passion and energy.

Who are some of your favorite composers? Do you find your study and practice of music to intersect with your political activism in any surprising ways?

One of my favorite composers has always been [Sergei] Prokofiev, and I also love [Frédéric] Chopin and pretty much all of the major composers. I'm also finding new sources of inspiration from more modern and radical American composers like Frederic Rzewski, who composes music meant to raise political awareness and activism. My musical life has only recently begun to merge with my activism, [because] I find that we really need both.