Filmmaker Recounts Quest to Understand the 'Insanity' of the Nuclear Age 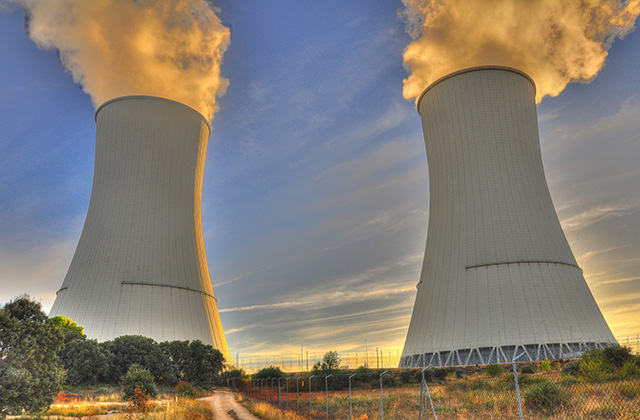 When photojournalist Greg Davis died in 2003 less than a month after being diagnosed with liver cancer, his grieving wife Masako Sakata suspected a connection to his service in the Vietnam War. There, he had been exposed to Agent Orange — a chemical dropped by American aircraft during the conflict to defoliate forest cover and farmland used by guerillas. Sakata, who had no prior filmmaking experience, documented her search for answers and the ongoing suffering caused by the chemical in Vietnam for her 2007 documentary Agent Orange: A Personal Requiem and again for its 2011 sequel, Living the Silent Spring. On March 11, 2011, a 9.0 magnitude earthquake hit off the coast of Japan and produced a massive tsunami that struck the Fukushima nuclear plant, causing equipment failure and the worst nuclear disaster since the Chernobyl accident in 1986. The event shifted Sakata's attention, last year leading to her third documentary: Journey Without End: Living in the Nuclear Age.

On November 19, Asia Society in Houston will host part of a three day conference titled Memories of the Nuclear Age. It will feature a screening of Masako Sakata's film Journey Without End, as well as presentations by Dr. Kaori Maekawa and Dr. Tomoko Steen about the lessons of Hiroshima and how they can be applied today in cases like the Fukushima disaster.Learn more

On November 19, Sakata will screen her film as part of a panel at Asia Society in Houston looking back at the atomic bombings of Japan that ended World War II, research that was done in the aftermath, and modern concerns over nuclear energy and radiation. Ahead of the event, Sakata discussed her films and the lessons she has drawn in an interview with Asia Blog.

How did you shift from depicting the legacy of Agent Orange in Vietnam to focusing on Fukushima and nuclear power? What sorts of parallels are there between the two issues?

When the Great East Japan Earthquake of 2011 happened, I was in the last stage of editing Living the Silent Spring about Vietnamese and American people affected by Agent Orange. The title came from Rachel Carson’s 1962 bestseller Silent Spring. It was 50 years ago that Carson wrote this famous book warning about the danger of chemicals — especially pesticides. Despite her warnings, the U.S. government went ahead and sprayed defoliants in Vietnam, leaving human and environmental damages that are still deeply felt. The fact that the deeds of 50 years ago are still affecting us today makes us realize that what we are doing today could cause disaster 50 years from now. We have to be alert to what we are doing now so that the future generations won’t suffer from our deeds. This was the message I was trying to convey in Living the Silent Spring. But that would-be disaster became reality without waiting 50 years in the form of the unprecedented nuclear disaster at Fukushima Daiichi.

In Silent Spring, Rachel Carson said, “Chemicals are sinister and little recognized partners of radiation in changing the very nature of the world — the very nature of its life." While making the film on Agent Orange, my emphasis was naturally on “chemicals,” but the parallels became more apparent as I learned more about the radiation resulting from the Fukushima disaster. Chemicals and radiation both leave irreparable damage to all living things, as well as to the environment. Both stay in the environment almost eternally. I often wonder which is worse, but they are both extremely dangerous and neither is any better than the other. It is also worth noting that they are both products of war. As I was completing Living the Silent Spring, I felt I had no choice but do the next film on nuclear issues. 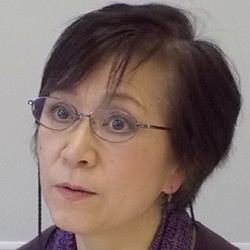 Why the title Journey Without End?

Until the Fukushima disaster happened, I had not paid much attention to nuclear issues, despite my mother’s devotion to and activism on the issue while she was alive. Fukushima was a wake up call for me, as it was for a lot of people. I spent days and weeks watching the news, trying to figure out what was really happening in the midst of anxiety. I felt compelled to go to Fukushima and see what was happening with my own eyes.

It was three months after the disaster that I collected enough courage to step into the disaster area. Since then I've visited the area many times and spoken with a lot of people, but I couldn't figure out how to tell the story. At the time there were 160,000 people who had to leave their homes because of the radiation. Each of them had to face his or her own tragedy. There were 160,000 stories to be told. How could I tell all their stories? At best, all I could do was tell a small fraction of what was happening. It occurred to me then to step back a little and see the situation from a more historical perspective, to see a bigger picture, so to speak. After all, I had remained apathetic as 54 nuclear reactors were being built in this earthquake-prone country, and I had a lot to learn.

One of the questions that stuck in my mind was how an anti-nuclear nation, like Japan following Hiroshima, Nagasaki, and Bikini, was sold on the idea of “atoms for peace” promoted by U.S. President Dwight D. Eisenhower [in 1953]. So my journey began in France’s nuclear reprocessing plant (where they recycle plutonium from Japan’s spent nuclear fuel), then to Bikini Atoll, where the U.S. conducted 67 nuclear tests, and then to Semipalatinsk, where the U.S.S.R. conducted 470 nuclear tests. Every step of the journey was an eye opening experience — a discovery of nuclear insanity. By making this film, I feel I just got a glimpse into the world’s nuclear politics. There is a lot more to learn. I may not find an answer, but my quest continues.

What left the biggest impression on you throughout your travels for the film?

From traveling to places around the world where the nuclear industry and politics has left scars, I realized that it is always people — helpless small people — who are victimized; residents of far away places, in deserts, in the middle of the Pacific, or on a remote peninsula of France. They are used for the profit of military and industrial powers. Fukushima is no exception. Through the travels, I came to realize that the nuclear industry cannot coexist with democracy, because of its secrecy, scale of operation, and the fundamental nature and idea of the nuclear industry.

What’s happening in Fukushima now, and what lessons do you think should be drawn from the disaster?

The Japanese government and the Tokyo Electric Power Company (TEPCO) are trying to minimize the effects of Fukushima. Coverage in the Japanese media has been minimal and Japanese people at times seem to put more emphasis on the immediate economy, rather than the long term well-being of people. One of the most deceiving events that comes to mind is the speech made by Prime Minister Shinzo Abe in Buenos Aires in 2013, declaring that in Fukushima everything "is under control.” It is an unforgivable lie. On the internet a few days after Abe made this speech, a TEPCO official apologized to the public for the fact that contaminated water keeps flowing out of the compound, which contradicted what Abe so proudly pronounced in Buenos Aires.