Filmmaker Erik Shirai on the 'The Birth of Saké' 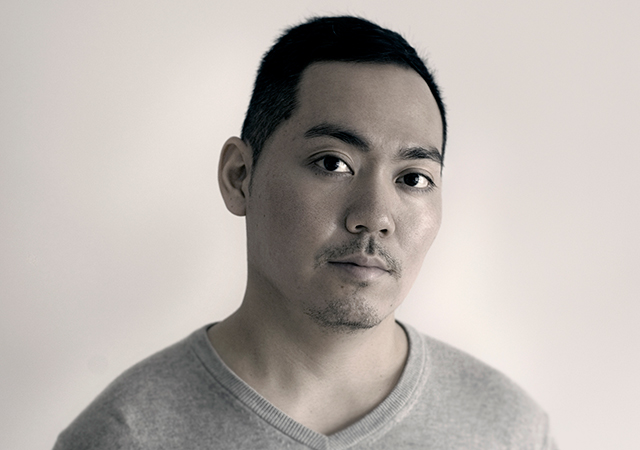 Filmmaker and artist Erik Shirai is taking part in a special event hosted by Asia Society and Jungles in Paris on Wednesday, June 15. (Photo courtesy of Erik Shirai)

Brooklyn-based filmmaker Erik Shirai began his creative career as a painter at the age of 14 — soon after, he took up photography. By the age of 19, Shirai was working as a lighting technician on film sets before eventually trying his hand at operating the camera. Now, his award-winning commercials and television programs — like the Travel Channel's Anthony Bourdain: No Reservations — are celebrated internationally.

Shirai has since launched his own production company, Cebu Osani Creative, where he uses his artistic and technical experience with visual art, photography, and light, to create films that combine compelling visuals with storytelling. His first feature documentary, The Birth of Saké, was selected as the Best Documentary Film at the 2016 Palm Springs International Film Festival.

Catch Chef Shinichiro Takagi, a world-class Japanese chef based in his native city of Kanazawa discuss the art and philosophy of Japanese cuisine on Thursday, September 21 from 7:00 pm to 8:00 pm at Asia Society Hong Kong.    Learn more

Asia Blog spoke with Shirai about his award-winning documentary, and what he plans on doing next. Some answers have been edited for clarity.

As a Japanese-American, you can see the influences of your background in your body of work. How do you decide what stories you pursue? How did you eventually end up at the Yoshida Brewery?

I'm very grateful that I have a rich Japanese culture that defines my work and inspires me. I feel because of this I have a perspective that is unique and slightly different. I pursue stories that I have interests in or moves me in some way. I wanted my first feature documentary to be something of my heritage, and the saké story was something that serendipitously fell into my lap. I met one of the main characters in the film (Yachan) at a New York City fundraiser for a different film and we started to talk. He invited me, very casually, to reach out to him when I was next in Japan. I don't think he thought that I would take him up on his offer, and he was pleasantly surprised when I ended up at his brewery door.

Documentaries are often known for having a raw aesthetic. The Birth of Saké tells its story, though, through a much more cinematic lens. Why did you choose to shoot it in this style? How did this help the storytelling?

I strongly believe that there is no reason why documentaries cannot be as cinematic as fictional films. I feel that documentaries have this stereotype that they need to be rough and raw — but I personally feel more engaged watching something that has a strong visual style that supports the narrative.

What did you learn about Japanese culture and tradition during the filmmaking process?

That we are crazy folks ... Just kidding! The thing that stuck out to me the most was their dedication. Being born and raised in the United States, I feel that the kind of dedication and sacrifice that Japanese workers put into their craft is atypical. I also realized that there is a small movement within the younger generation of Japanese people to keep many of these old traditions alive.

You are also a painter. Are there other creative outlets that you want to pursue? What kind of project would you like to take on next?

Painting was my first creative outlet, and even today I still continue to do it. I find that all of my creative outlets including photography and film mesh together and influence each other. I'm currently working on a narrative project that tries to tell the story of one woman's life through modern dance.

What are your favorite documentary projects? Who are the people in the industry that you admire?

My favorite type of films are the ones that inspire you to be yourself. The filmmakers that I admire are ones that strive to tell stories of the forgotten and underprivileged in a unbiased and honest way. I admire and respect filmmakers who come from diverse backgrounds that use this creative medium to express their struggles and voice for change. I strongly believe we need to support more female filmmakers, and filmmakers of color as they carry the stories that shape our generation.

Watch the trailer for The Birth of Saké below.

The Birth of Saké from erik shirai on Vimeo.