Explainer: How Iranians Will Welcome the Year 1391 | Asia Society Skip to main content

Explainer: How Iranians Will Welcome the Year 1391 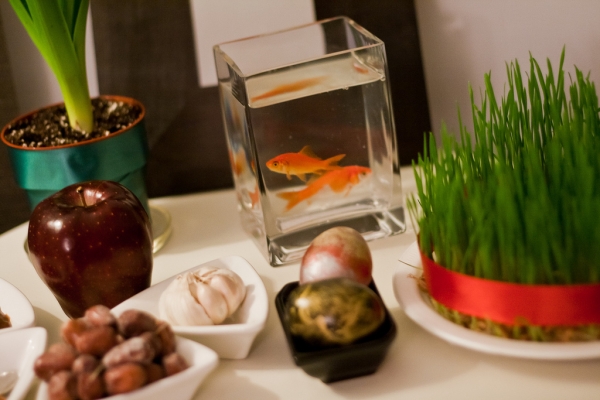 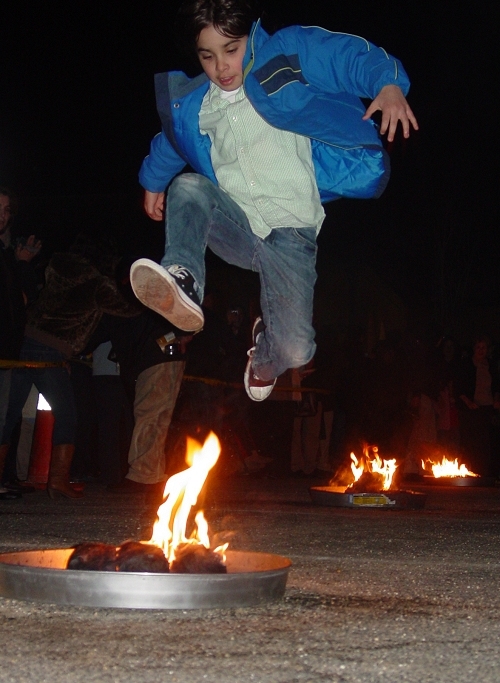 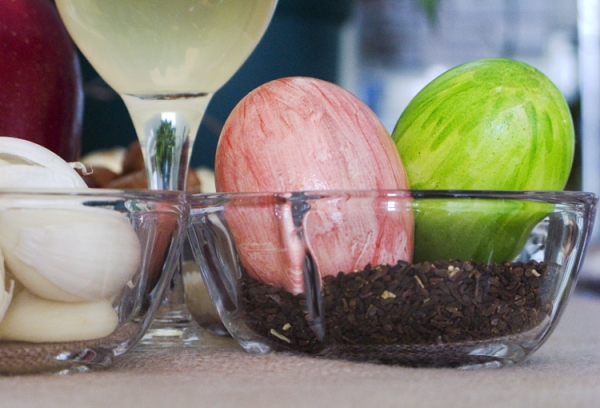 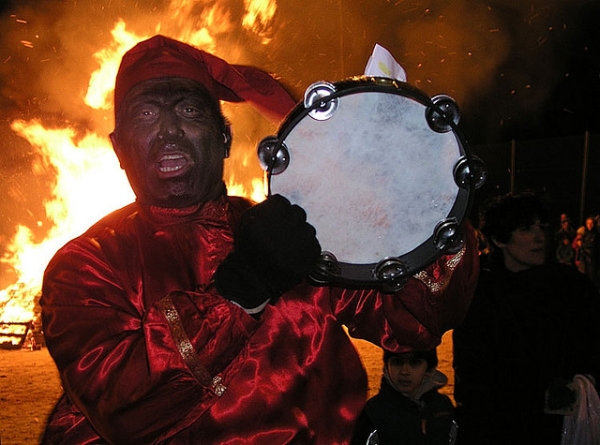 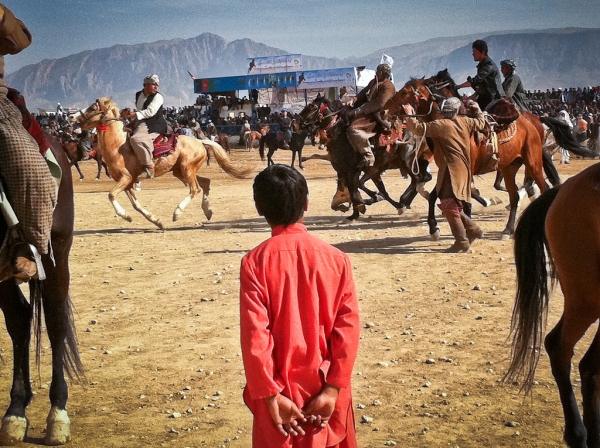 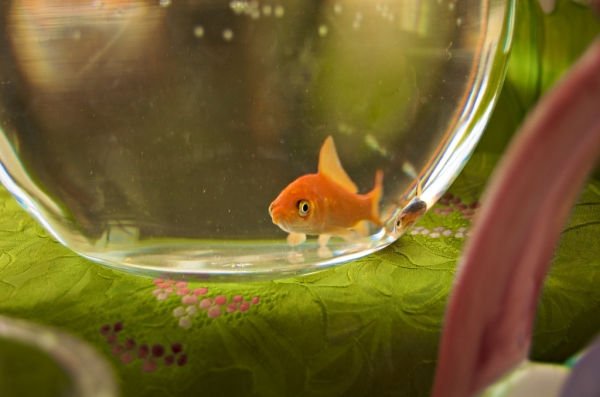 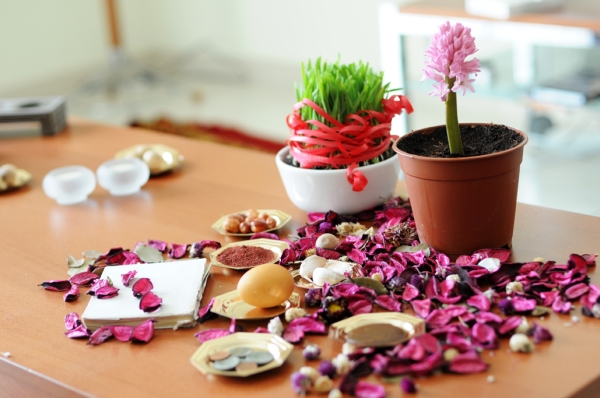 While the world plays with the possibility of war with Iran, Iranians worldwide are preparing to celebrate their New Year’s festival, Nowruz, with flowers, food, family — and a goldfish, too. In fact, all cultures where the Iranian calendar has deep roots, often thousands of years old, will celebrate Nowruz on March 20, a day which marks both the first day of spring as well as the first day of the new year.

The wide reach of Persian/Iranian cultural heritage can be seen in the broad expanse of countries which will celebrate Nowruz (or Norouz, Novruz, Navroz, Nawruz — there a a couple dozen alternate spellings). These include Afghanistan, Tajikistan, Pakistan, India (the Parsees), Uzbekistan, Turkmenistan, Kazakhstan, Kyrgyzstan, Armenia, Azarbayjan, Georgia, Turkey, Iraq and China. Additionally, you'll find Nowruz celebrated in Kurdish and Balkan areas and wherever people have made home around the world.

The pre-Islamic cultural and Zoroastrian roots of the festival are so strong that Ayatollah Khomeini tried to wipe it off the calendar. But he failed. Nowruz is too strong, too deep, too beloved by those who celebrate it. The list of countries above points to that. And it is stronger than any particular religion — Muslims, Jews, and Christians celebrate it, as well as the Zoroastrians. It has even survived Communism. One by one, former Soviet states are legalizing Nowruz as an official holiday. The Turks view it as a day of independence, as recounted in their Oghuz Khan epic poem.

In a way, it makes more sense to have the new year start on the first day of spring than in some odd day of winter. Even the zodiac begins on the first day of spring, with Aries, a fire sign. To begin the festivities, bonfires are built on the last Wednesday of the passing year, and Iranians leap over the flames in a purification ritual to put the past behind and start the new year with a clean slate. Other traditional outdoor activities include horse races and competitive games.

Nowruz is a time of balance, when day and night are equal, sun and earth aligned at the vernal equinox. From this equilibrium, light begins to overcome the darkness, little by little every day. Nowruz is a time to celebrate the victory of light. Houses will be filled with candles, and mirrors polished bright to reflect their light.

Nowruz is a time of change, from ice-locked winter to rushing streams, from barren earth to blossoming green, from hardness of heart to softening of affection. People clean the house from top to bottom, and buy a new spring outfit.

Nowruz is a time for celebrating the blessings of earth and the life it sustains. Therefore every house will proudly put in the center of its holiday display a large platter of fresh green grass or sprouted wheat, wrapped in a bright red ribbon.

Now what about that goldfish?

While much of Nouroz festivities center on family activities — including visiting relatives, serving special foods, and listening to music and poetry — every household also prepares a special Nowruz display known as the Seven S’s (Haft Seen). Each of the items begins with the letter "s" in Persian. Some Zoroastrians say that it used to be the letter "sh" and certainly included wine, sharab, to toast the new year but that, since Islam banned alcohol, the entire display changed.

Another theory is that it signified "seven crops" or "seven items" (Haft Chin). Persian culture is very flexible and both the number seven and the letter "s" are also flexible. The Haft Seen today will usually include little bowls of sir (garlic), sib (apples), sabzeh (green sprouts), samanu (a sweet pudding made of cooked wheat), somaq (a lemony herb), senjed (dried oleaster fruit), and sirkeh (vinegar), as well as sekke (coins), sonbul (hyacinths), candles, a mirror, a book of poetry and/or a book of scriptures (depending on religion), colored eggs, rosewater, orange water, nuts, dried fruits, fresh fruit — and, yes, a bowl with a live goldfish swimming inside.

All of these can be seen as symbols of life, gifts and beauties of nature, and new beginnings.

On the last day of Nowruz, the 13th day, Iranians go outside for picnics. It is a day both to be out of the house and in nature and also to be sharing a meal with family.  Some Iranians have now taken this as a day to conduct a food drive for the poor, enlarging the sense of family.

Join Asia Society New York for a Nowruz celebration on Saturday, March 17 from 1:00 pm to 4:00 pm at 725 Park Avenue. Discover the spirit of Nowruz with traditional music, dance and crafts from Central Asia and Iran. Details here.

Alice Hunsberger is Assistant Director, Foundation and Government Relations at Asia Society. She has a Ph.D. in Middle East, Persian and Islamic Studies from Columbia University.