Experts Debate: Is China Doing All It Can to Rein in Kim Jong Un? | Asia Society Skip to main content

Experts Debate: Is China Doing All It Can to Rein in Kim Jong Un? 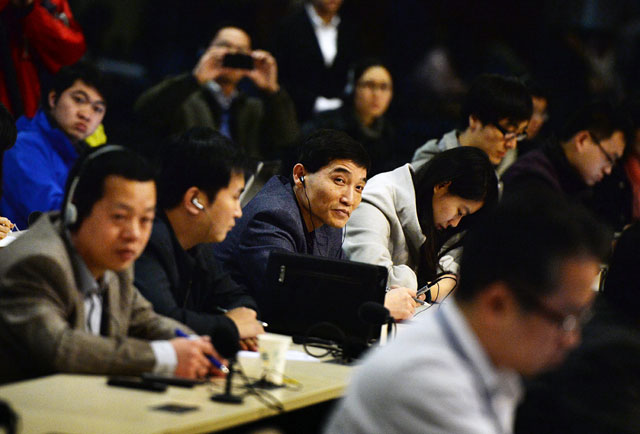 With tensions seeming to ratchet up by the hour on the Korean peninsula, earlier today Asia Blog's partner site ChinaFile convened a panel of experts — from the worlds of diplomacy and academia, among other realms — to answer one of the key questions surrounding the recent escalation of rhetoric coming from North Korea. Is China, widely perceived as North Korea's principal patron, doing all it can to rein in Kim Jong Un?

Winston Lord, American Ambassador to China from 1985 to 1989, effectively throws down the gauntlet with a succinct one-word answer: "No."

The P.R.C. is indeed the economic lifeline of North Korea, whose reckless rhetoric and behavior has isolated it from almost every other country. But China's economic ties with the D.P.R.K. consist almost entirely of trade, not aid. My U.C.S.D. colleague, Steph Haggard, and Marcus Noland (the Peterson Institute for International Economics) are the real experts on the China-D.P.R.K. relationship. In their books and blog, North Korea: Witness to Transformation, they present the most accurate data we have about these economic connections, and only a small proportion consists of aid.

Orville Schell, Arthur Ross Director of Asia Society's Center on U.S.-China Relations, notes that "As reluctant as China has been to overtly pressure the D.P.R.K., there has been a tremendous amount of change in the China-North Korea zeitgeist." He continues:

... the Chinese are reaching something of a kindling point in regard to their stubbornly retrograde neighbors. Pyongyang is increasing an embarrassment to Beijing, which wants to be seen as a viable world power, not part of a two-bit alliance of backward satrapies. They may not want to see South Korean and U.S. troops on the other side of the Yalu River, but they also do not want to see their "economic miracle" go up in a mushroom cloud somewhere nearby. So, I'd say, stay tuned.

But Schell goes on to add some important caveats. "Even if Beijing does end up applying much more pressure, it may not be immediately evident to us. And even if the Chinese end up being willing to make a much more forceful effort, we need to be ready for it to be far less successful than we now imagine it might be. My read is ... the Chinese have nowhere near as much ability to control what the D.P.R.K.'s leaders do as we like to imagine."