Experts: Afghan 'Arab Spring' Would Lead to 'Anarchy and Chaos' 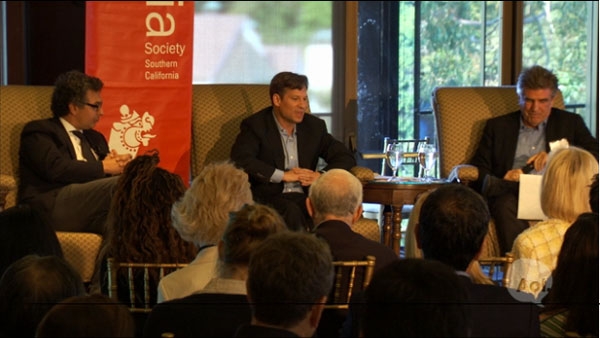 The panelists discussed the threat of government collapse and civil war in Afghanistan after U.S. forces depart, conflicts similar to the ones that followed in the "power vacuum" left by Russia's departure in the early '90s. If an "Afghan Autumn" (analagous to the Arab Spring) were to take place, Mohseni and Engel warned, the country would be left in anarchy and chaos.

"There's a danger that there are protests that will spin completely out of control. And you have to understand that Afghanistan is more vulnerable to that spirit — probably for a long, long time," Mohseni said in the article.

During the discussion, Engel contrasted the American use of military force to overthrow dictators in the Middle East to the Arab Spring:

"Here's the rub. We spent a trillion dollars... to export democracy to totalitarian regimes, and it happened for free. And that is the great irony: That you can't beat people into moderation — or into democracy."