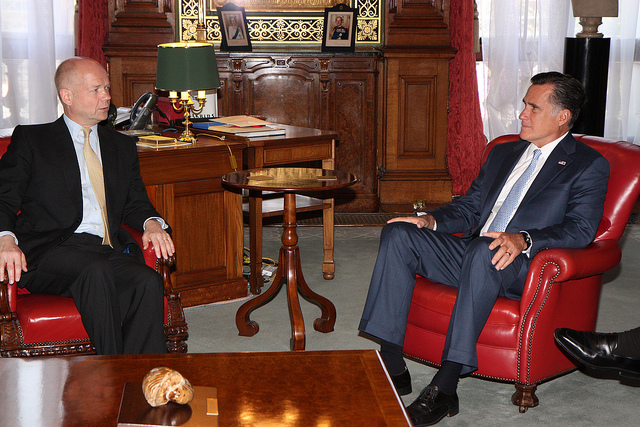 Asia Society Associate Fellow Thomas Woodroofe is a freelance foreign affairs analyst based in Australia. He recently wrote an opinion piece for ABC.net.au contrasting the foreign policy strategies of the two U.S. presidential candidates. Woodroofe found the differences between President Barack Obama and Governor Mitt Romney to be stark — and the advantage isn't with the party that has traditionally been perceived as stronger on foreign policy.

The reality though is Romney's whole foreign policy strategy has been a gaffe.

Firstly, from the outset the Republican candidate should have identified this election would not be fought on the subtle nuances of foreign policies and focused all his messages in the field entirely back on the economy.

Instead, it has been Obama who has neatly tied his own foreign policy priorities to an economic mantra.

In his wide-ranging 40-minute address to the Democratic National Convention last month, the only time foreign policy rated a mention was when Obama sought to exploit the differences on military spending and the cost of the war in Afghanistan as an example of how America needed to focus more on 'nation-building right here at home'."

Woodroofe finds Romney's foreign policy not only to be full of "gaffes," but also lacking in connection to any domestic issue, when a "poll by CBS back in August that showed that only two per cent of Americans listed foreign policy as one of the most important issues in the election." Turning foreign policy into an issue, at a time when Americans are focused on domestic concerns, while also making numerous missteps on his trip abroad this summer, has served Romney very poorly:

Foreign policy is usually the domain of Republican candidates. Yet thanks to a number of gaffes from [President Obama's] opponent, the usually inconsequential topic has not only become a live issue in this election, but one of only a handful the Democrat now commands in the polls.