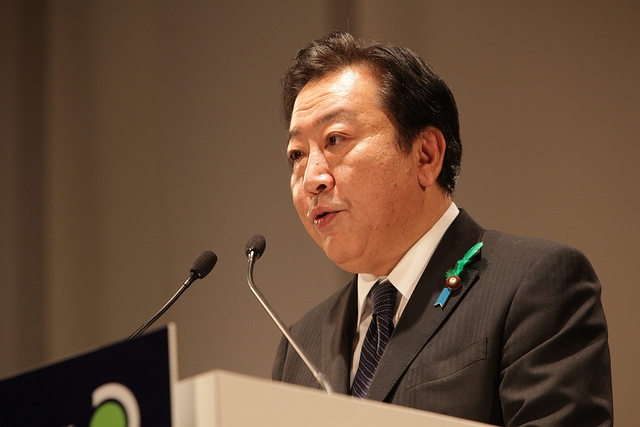 Japan's government, led by Prime Minister Yoshihiko Noda, succeeded in pushing through the Diet's Lower House a measure that would raise the national consumption (sales) tax to 8 percent in 2014 and to 10 percent in 2015, from the current rate of 5 percent. But the fate of the measure is still uncertain, pending a vote in the Upper House, and the move triggered a major political crisis, causing a serious fracture in the ruling Democratic Party of Japan (DPJ) and creating the prospect of a general election as early as August to replace Lower House members, whose terms run through next summer.

The culprit behind the turmoil is former DPJ leader Ichiro Ozawa, known for his gambler-like political maneuvering to split parties and create new ones all in the name of preserving his power. He and about 70 of his followers in the DPJ voted against the tax measure or abstained, but Noda preempted the attempted coup by striking a deal with two main opposition parties, the Liberal Democratic Party (LDP) and Komeito.

Now the question is whether Ozawa will remain in the DPJ, leave the party with his followers, or be expelled, possibly depriving the party of its majority in the more powerful Lower House. LDP and Komeito have said that their support for the tax bill in the Upper House is not a foregone conclusion, leaving Noda in a very precarious position.

With Japan's population quickly aging and its national debt topping 200 percent of GDP, Noda says he is pushing for higher taxes to secure the future of the social security and national medical insurance systems. Though the Japanese public has been aware of the situation for more than a decade and understands the need for higher taxes, their voting history doesn’t necessarily reflect it. When the 3% consumption tax was introduced in 1989, the then-ruling LDP lost an election that followed, and it happened again after another LDP administration forced a rate hike to 5 percent in 1997.

If the precedents stick, Noda's gamble on a tax hike could not only cost him his job, but may also throw the country into another period of political instability — when it desperately needs government action to accelerate reconstruction in areas affected by the March 2011 earthquake/tsunami and to reconfigure its energy policy after the nuclear disaster caused by the tsunami.