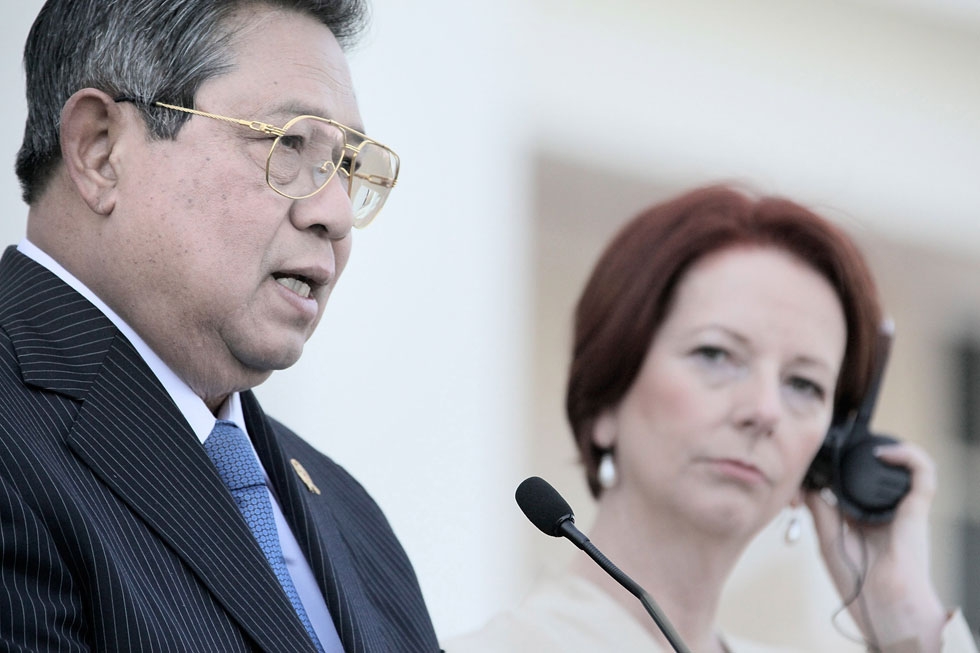 Asia Society and the Economic Club of New York are co-hosting an address by Julia Gillard, Prime Minister of Australia, at the Pierre Hotel in New York on Monday, September 24 at 12:15 p.m. local time. Event details and ticket information can be found here. Those unable to attend the event can watch a free live webcast at AsiaSociety.org/Live at 12:15 p.m. ET.

Australian Prime Minister Julia Gillard will visit New York this week to address the United Nations General Assembly and shore up her country's bid for a temporary seat on the Security Council for 2013-14.

The prime minister's visit comes while her government also prepares to release a white paper on Australia in the Asian century. The paper, primarily focused more on placing Australia in a regional economic rather than diplomatic context within the region, was originally due to be released prior to this month's APEC summit in Vladivostok.

While some members of the government have spoken on the topic in recent weeks, Gillard's address co-hosted by Asia Society and the Economic Club of New York would provide an ample opportunity to preview some of its key findings.

However, it is unlikely she will use the opportunity to release the paper — indeed her bilateral visit to India next month (a country of fraught and under-realized relations in recent years) would prove a better overseas venue. But by previewing it in New York she firmly anchors Australia's close relationship with the United States within the paper's seabed.

Gillard will also inevitably use the speech to further reinforce the utility and opportunity of an Australian term on the security council, particularly to her Asian counterparts.

Australia — as a member of the "Western European & Others Group" at the UN — is competing against Finland and Luxembourg for two available seats. Neither would add anything to the geographical diversity of the already European dominated body.

In recent months Australia has secured the support of several Asian powers, including Thailand and Singapore. But with Australia only launching its campaign in 2008, a full six years after both its competitors, many of its closest regional allies including Indonesia had already pledged their support elsewhere.

While Australia has been working hard to convince many of these countries to reconsider their pledges, they have also asked that many of them at least support Australia in a second ballot which they are understood to see as a reasonable compromise.

As part of its campaign, Australia also lent support for a permanent seat for Japan. If elected it would serve a number of Asian countries, including Pakistan in its first year and Korea, Bhutan or Cambodia for its full term. During this period the security council is expected to deal with the important peacekeeping mandates in the region such as in East Timor.

The prime minister's visit to the United Nations will include her first address to the general assembly. It also comes on the back of her recent appointment at the Rio+20 Summit as co-chair of a review of the Millennium Development Goals.

Thom Woodroofe is an Asia Society Associate Fellow and a freelance foreign affairs analyst based in Australia.
@thomwoodroofe