Energy in Japan: Is a Post-Nuclear Future Sustainable? 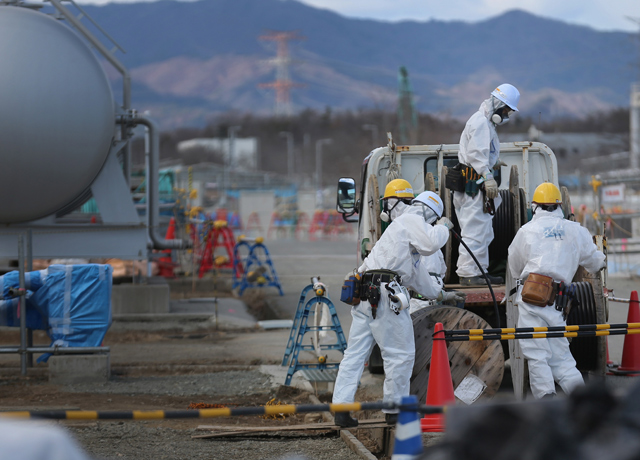 The earthquake, tsunami, and nuclear meltdown in Fukushima, Japan in 2011, a disaster that claimed over 15,000 lives, forced the country to reassess its longstanding reliance on nuclear energy. As Japan grapples with its post-Fukushima reality — and the ongoing challenge of combating climate change — it has increasingly turned to renewable energy. But can these sources make up for the country's energy shortfall? What might Japan's energy sector look like decades into the future?

On Wednesday, June 8 at 12 pm, Asia Society New York will host a discussion of Japan's adaptation to climate change and energy discussion.Learn more

To tackle these questions, Asia Blog recently caught up with Jackson Ewing, the Director of Asian Sustainability at the Asia Society Policy Institute. Despite facing tremendous challenges, Ewing says that Japan's "emphasis on energy system innovation" provides a reason for optimism. Our Q&A has been edited lightly for clarity.

Japan's new energy plan will rely less on nuclear energy, which has been decidedly unpopular in the country since the Fukushima disaster in 2011. How will Japan make up the energy shortfall?

Since Fukushima, Japan has significantly increased coal and liquid natural gas (LNG) consumption to make up the energy it is missing from the nuclear sector — which, prior to the disaster, supplied 30 percent of Japan's total power production. The country's nuclear facilities have since gone through an extensive review, and as a result some nuclear power is being brought back online. Its role in Japan remains politically and socially charged, however, and it's highly unlikely that it will resume its previous share in the country's energy landscape.

How to meet Japan's resulting future energy needs is an open question. A 2015 report by the Ministry of Economy, Trade and Industry (METI) called for nuclear energy to account for 20 to 22 percent of power generation by 2030, with 22 to 24 percent coming from renewable energy sources, 26 percent from coal, 27 percent from liquefied natural gas (LNG) and 3 percent from oil. This is a fairly balanced energy calculus, if it takes hold — but that's a big "if." The 2015 METI report met with criticism for proposing that nuclear energy supply roughly one-fifth of Japan's power needs.

Japan is currently reformulating its next 15 year energy plan, to be released next year, and will likely reduce the nuclear share in favor of scaling-up renewables more quickly, and bringing more coal and LNG online.

Companies like Kyocera are investing heavily in photovoltaic solar panels, many of which will float atop Japan's reservoirs. Is this a viable solution to Japan's energy shortages?

Floating photovoltaics are promising but no energy panacea. They do represent an important trend, however, which is Japan's emphasis on energy system innovation. While the next 15 years will likely see an acceleration of fossil fuel use, Japan is pouring significant intellectual and financial resources into what it calls "future energy" projects. It is making strides on energy efficiency, next generation renewable technologies, and finding new sources of fossil energy — such as methane hydrates in the seafloor — alongside developing cleaner ways to burn these fuels. With Japan's research capacities and technical acumen, the "future energy" space could yield game-changing results that have international impacts — even if they are not realized for several decades.

Do you anticipate that Japan will rely on trade — particularly with Russia — for its energy needs?

Japan must import essentially all of its fossil fuel energy sources, which is a primary reason it built such strong nuclear capacity. Its imports of coal, oil and LNG are significant budgetary burdens with real environmental implications, but have nonetheless become more appealing since Fukushima. So, to the extent that Japan relies on fossil fuels moving forward, it will rely on trade.

Russia's role as an energy source for Japan is increasing. This results most directly from the symbiotic relationship of resource-rich Russia seeking markets and resource-poor Japan seeking sources. As Japan ramps up imports, it will call on Russian sources at increasing volumes to resist dependence on Middle Eastern suppliers. The two countries also have a longstanding territorial dispute, and building energy ties may be a partial confidence-building measure for their wider relationship.