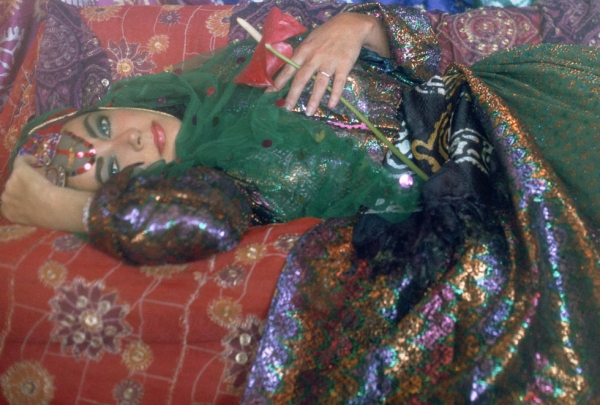 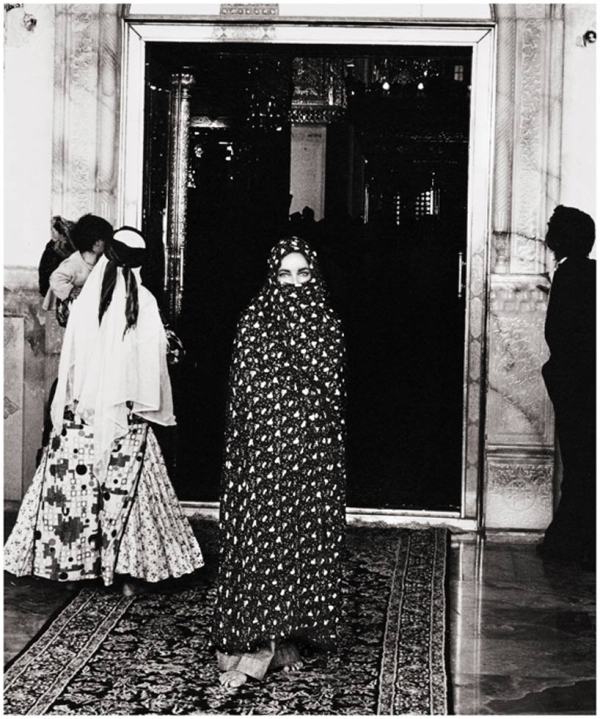 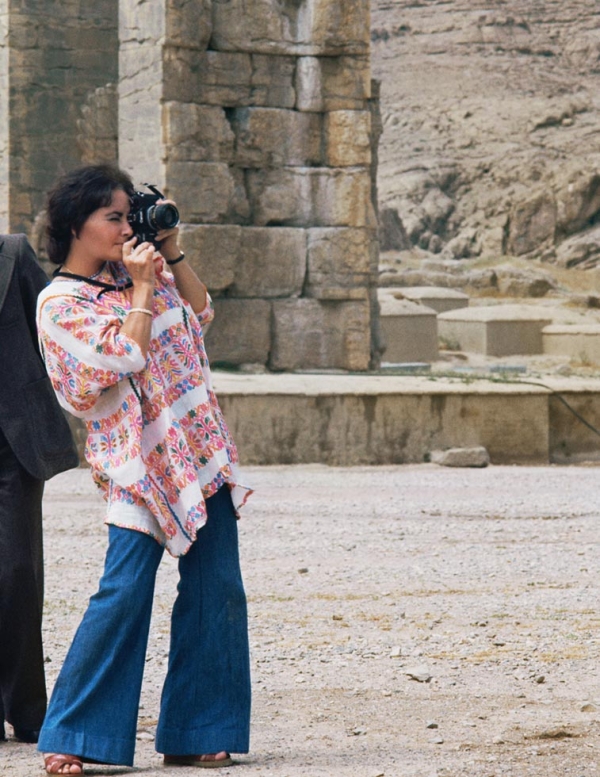 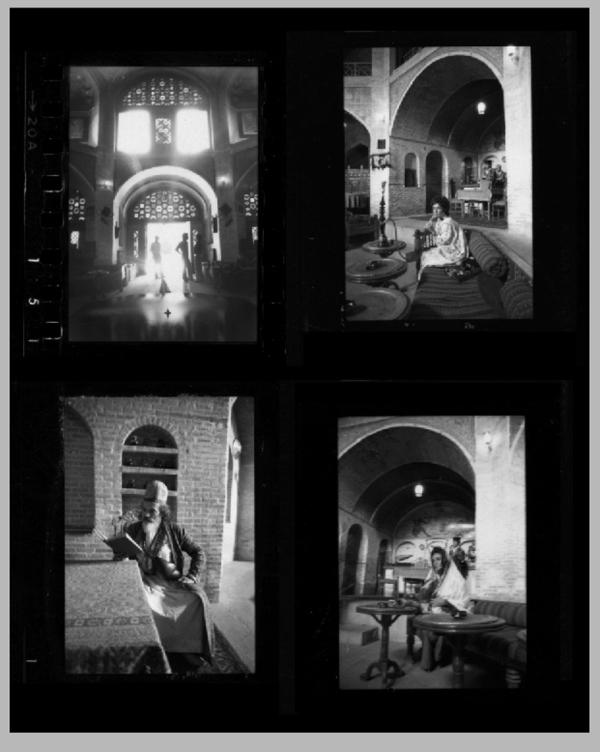 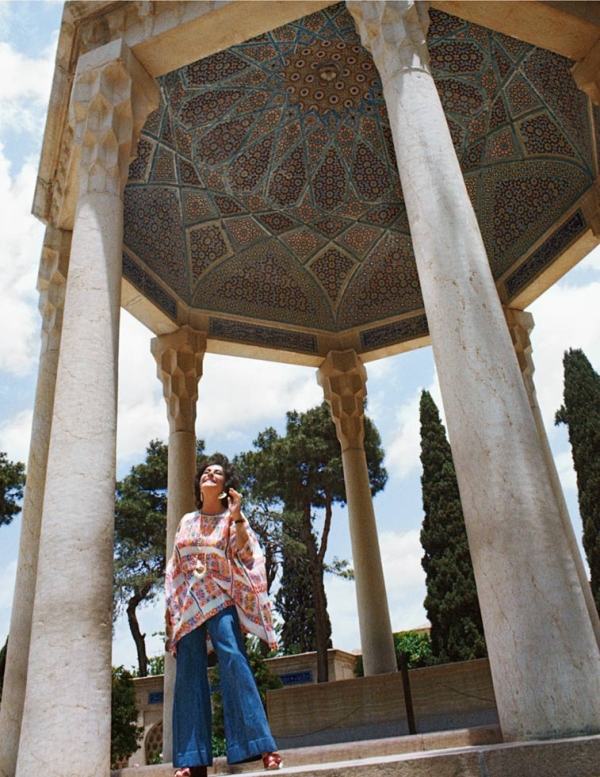 From Vanity Fair to Glamour to Time, Firooz Zahedi's photography has graced some of the world's most prominent magazines. His portfolio of portrait subjects has been equally extensive. Uma Thurman (and her iconic bed photo in Pulp Fiction), Diana Ross, Angelina Jolie, Leonardo DiCaprio and John Travolta are a few of the many Hollywood celebrities to pose for Zahedi.

Born in Iran in 1949, Zahedi grew up in England and moved to America in 1969 to study at Georgetown University's School of Foreign Service. However, he had a deep passion for the arts. After graduating he served as a diplomat, but eventually enrolled at the Corcoran School of Art in Washington, DC to pursue his passion. It was there that Zahedi met Andy Warhol, whom he later photographed for Interview magazine.

In the mid-'70s Zahedi also became friendly with actress Elizabeth Taylor when she was involved with his cousin, Iranian Ambassador to the United States Ardeshir Zahedi. Hired to photograph her on her film sets, Zahedi also accompanied Taylor on her 1976 trip to Iran. As they visited some of the country's most famous (and photogenic) landmarks, Zahedi documented their travels through photographs. The resulting images captured a carefree and whimsical side of Taylor, away from movie sets and crowds.

Earlier this fall, a print of one of Zahedi's Taylor photographs was auctioned at an Asia Society benefit gala held in celebration of Asia Society Museum's Iran Modern exhibition. Asia Blog subsequently reached out to Zahedi to find out more about his trip to Iran with an internationally famous film actress.

When your photographs of Elizabeth Taylor in Iran were exhibited publicly in 2011, were you aware of any reaction from other Iranian expatriates in this country?

I had a lot of positive reaction from the Iranian community regarding my photographs of Elizabeth Taylor in Iran when the exhibition opened at LACMA in Los Angeles. Every time I visited the museum, there were quite a few Iranians there. Once in a while I would be recognized because of the (LACMA) Youtube video [below] and they would come up to me and say how much they liked the photos and what great memories they brought back for them. Some had brought along their children who had never been to Iran and they wanted them to see the photos.

I was very moved, as that trip with Elizabeth in 1976 was the last time I went to Iran. To feel responsible for the joy that the images were giving these visitors made me miss Iran — despite the fact I had stopped considering it home, having left as a young boy and only visiting the country three times since 1959.

Do you know if word of the exhibition got back to Iran?

Both BBC Iran and Voice of America did filmed interviews with me and therefore I am sure people in Iran were made aware of the exhibit. I got quite a few emails from people I knew in Iran who informed me that they had seen the images on those sites.

In an interview you did with LACMA in 2011, you mention that very few people in the cities you visited would have recognized Taylor as a major Western movie star. Do you think that helps to account for why she was willing to pose so freely in public spaces for you?

When Elizabeth and I (and her assistant) explored the various cities and sites she chose to dress very simply and wore minimum makeup, which made her unrecognizable and did not attract attention, which made it easy for us to move around.

In regard to the photos of her in the chador and the tribal outfit, you must remember that she was an actress and when it came to posing in costumes she could assume a role and therefore lose any inhibition.

Last but not least, if you could shoot in Iran again today, what would you most like to photograph?

If I could go back to take photographs I would like to revisit the sites I explored with Elizabeth, not only for sentimental reasons but also because they are the most awesome buildings and structures that the Iranian culture has produced. I really have no desire to visit that which is considered modern in Iran as the influence seems to be from the West. I would like to go deeper into finding other ancient sites and exploring everything I missed on that rare visit.

Video: Zahedi discusses his Taylor photos at his 2011 LACMA exhibition