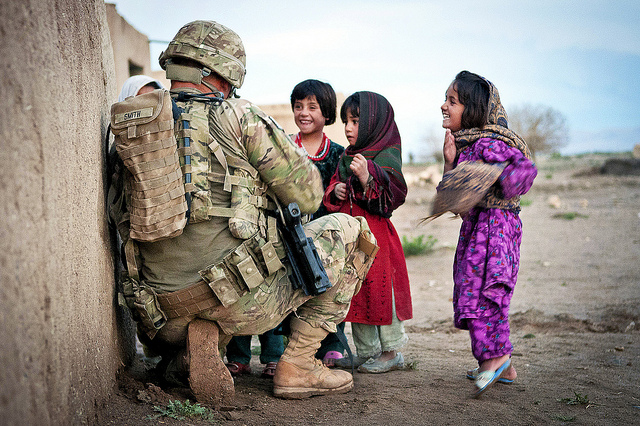 There is an emerging trend among international counterinsurgency (COIN) experts to claim that Afghanistan was a "mission impossible" in terms of nation-building endeavors. Others contend that after a planned U.S. withdrawal in 2014 (which will likely trigger a quick EU/NATO exit) a devastating civil war will be the fate of Afghanistan, leading to another Taliban rise. These negative assumptions have created a dismal future scenario. Many analysts, writers and even policy experts are now more inclined to accept war and conflict as a new normal in Afghanistan. Even hopelessness has crept in. Consequently, policy makers in important capitals of the world are now thinking more in terms of "crisis management" rather than "conflict resolution."

This approach is counterproductive and even self-defeating. A different and more positive end is still achievable in Afghanistan, and for that Western states must remain engaged — though in more creative ways than are presently employed.

This story originally appeared on Reinventing Peace, a blog of the World Peace Foundation, a program established at the Fletcher School of Tufts.

Before delving into the discussion about what can potentially transform the situation under prevailing circumstances, it is critical to evaluate six realities on ground:

What could transform the situation? There are several avenues for sustainable change. First, a law enforcement model that focuses on enhancing the capabilities of the criminal justice system rather than the armed forces of Afghanistan. Second, investment in independent revenue generation all across Afghanistan (not only in areas under Northern Alliance influence). Third, an EU financial commitment until 2024 to supporting development projects (as discussed in Chicago and Tokyo conferences) will be required. For the U.S., winning the public opinion battles in urban centers of both Afghanistan and Pakistan is at important as defeating Al-Qaeda and its affiliates in the field. Fourth, negotiating with insurgents active on the ground (e.g., Helmand and Kandahar) rather than overly focusing on Mullah Omar and the Haqqani group. A well-developed de-radicalization strategy — framed in an Islamic context — to discredit the distorted Jihad ideology will be critical.

Finally, without a consensus (or some collaborative arrangement) among regional players to stabilize Afghanistan, no Western security policy is likely to be sustainable.