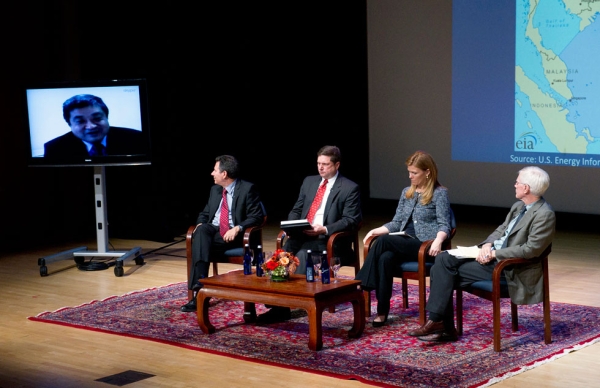 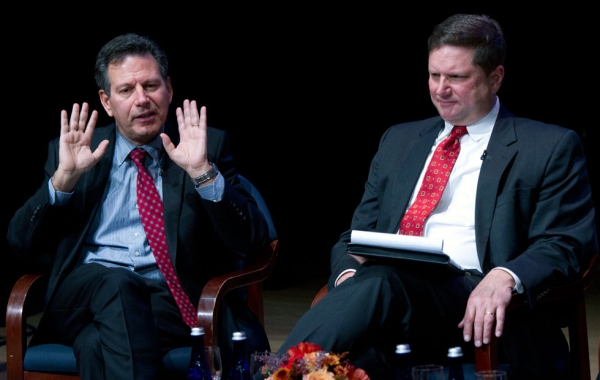 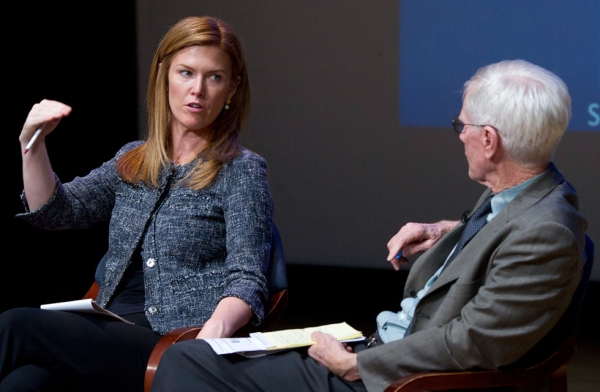 On the heels of the 2014 Asia-Pacific Economic (APEC) Summit in Beijing, which brought together leaders of many of the countries involved in the South China Sea dispute, the Asia Society Policy Institute presented a panel of leading thinkers to examined the origins of the dispute and consider possible paths forward.

The panel discussion was anchored by an address from Robert D. Kaplan, Chief Geopolitical Analyst at Stratfor Global Intelligence and author of the recent book Asia’s Cauldron: The South China Sea and the End of a Stable Pacific. Calling the South China Sea the “Asian Mediterranean,” Kaplan described its importance as the gateway to the “global energy interstate,” with the oil and gas that powers Asia’s great economies moving through the Strait of Malacca.

To illustrate China’s interest in dominating the sea, Kaplan drew a parallel to America’s history of engagement in the Caribbean: As a rising power in the 19th century, the United States slowly but determinedly pushed European interests out of the greater Caribbean. China’s motivations in the South China Sea are similar, Kaplan explained: the country seeks “more unimpeded naval access into the Pacific at large.” “Don’t take Asian security for granted,” Kaplan warned.

Zha Daojiong, Professor of International Political Economy at Peking University, who joined the discussion via live video feed, offered a different perspective on China’s posture toward the South China Sea. He said that he and many scholars in China were “caught by surprise” in 2009 by the international interest there, characterized by renewed focus on the so-called nine-dash line, a border encompassing nearly the entire South China Sea on which China bases its sovereignty claims there. Zha said China was “forced to address this issue that was dormant for decades” by external forces, identifying a speech by then-U.S. Secretary of State Hillary Clinton as particularly important for drawing fresh attention to the nine-dash line.

This contrasted with what Orville Schell, Arthur Ross Director of Asia Society’s Center on U.S.-China Relations, called “the peaceful rise” narrative of international relations that had hitherto prevailed. Peter Dutton, Professor of Strategic Studies and Director of the China Maritime Studies Institute at the U.S. Naval War College, described the nine-dash line as “a mess” for its incompatibility with international law.

Dutton, who called the American presence in the South China Sea “restrained,” credited U.S. military power with preventing major conflicts in East Asia since the end of the Cold War. Dutton further described the feelings of Southeast Asian countries toward China as “ambivalent” – eager to reap the benefits of China’s economic growth but wary of Beijing’s increasingly long reach. Kaplan concurred, saying American “unipolar military dominance” in the Pacific is eroding as states like Vietnam, Singapore, and Japan build up their own navies.

Holly Morrow, Fellow at Harvard University’s Belfer Center, explained the dispute in two ways: the furor over the nine-dash line and the dispute over the Spratly and Paracel Islands. The latter, Morrow said, is a “garden variety territorial dispute” for which international law provides paths to resolution. A specialist on the geopolitics of energy, Morrow also asserted that – at least for China – control over the South China Sea is “not about energy at all.” Rather, China’s actions in recent years are a “manifestation of the sovereignty dispute” since “nobody has any idea how much oil and gas is in the disputed areas of the South China Sea.” Of all the motivations driving this dispute, Morrow said, “energy is the most uncertain.”

Asking whether 2014 would be like 1914, bringing about a world war, Dutton argued that such an outcome would be highly unlikely after “a century of development of law and institutions that can regulate economic and security differences,” where states have effective incentives to avoid conflict.