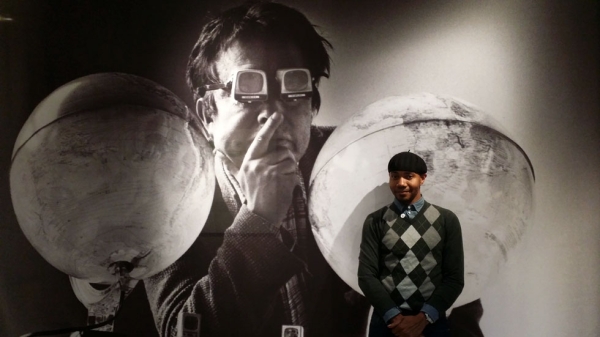 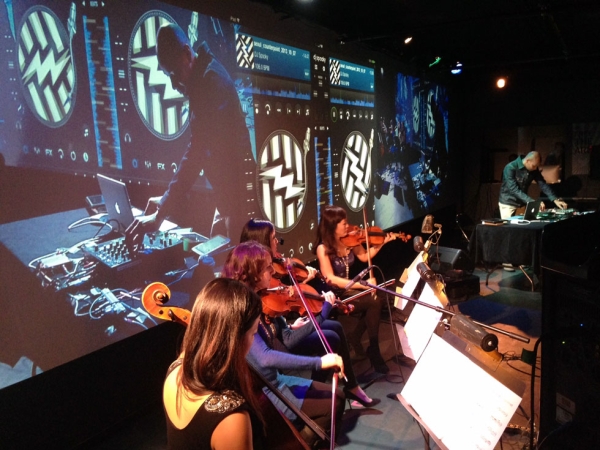 Think of the computational power embedded in the interface of your smartphone. Look at the sheer volume of material generated by the Internet every second. Take both concepts, cut and paste them into one another, step back, look at the collage, and you will see the face of Nam June Paik.

The future isn't what we always expect it to be. When I was a kid, I saw things like Merce Cunningham's collaborations with Charles Atlas, Nam June Paik, and John Cage as one of the rare points of convergence between what was going on with computers (I was really into art and design at a young age, and was always checking out how people would use tech in their performances, etc). Growing up with access to things like hip hop, techno, and other forms of electronic music made me realize that computers had been part of the creative process for a long time. I listened to records of people like Charles Dodge with his incredible computer renderings of the Earth's Magnetic Fields, or on the other hand, watched James Brown's dance moves and the way they synchronized, and was always stunned that there was a separation between the mediums of "popular culture" and the "fine arts."

When you look at the evolution of multimedia from early film dances of people like Loie Fuller and her stop-motion film movements, or even the Italian Futurists with their obsession with the urban landscape as a generative engine, one can easily see precedents for our modern info-drenched landscape. Often I'm asked why seek a collision between these radically separate approaches to art, life, and "the everyday." I looked around for precedents, and well... Nam June Paik always kept coming up. When we look at the impact of the Black Mountain College on American art, and the group of artists, writers, and poets that gathered there, and fast-forward to the way the social process of their interaction created a milieu where Fluxus could inherit the momentum people like William S. Burroughs, Allen Ginsberg, Rauschenberg, and Amiri Baraka generated as they interrogated what it meant to be an "American Artist" (with a capital A!!!), one of the things that was missing was a different dimension: how technology changed people's relationship to geography, time, and space.

The initial impulse for the piece that will be presented at Asia Society was founded on a residency I did at Seoul Institute of the Arts. I was intrigued by the history that Korea has in relationship to some of the main themes of our time: decolonization, the end of the Cold War, hyper-industrialization, and then new, immersive digital literacy. Korea has it all. As an artist, I thought it would be great to review Nam June Paik's work for "samples" (that's what we DJs do!). When I was doing research, the major thing that kept coming back was how much Nam June Paik worked with many artists simultaneously. I wanted the two pieces being presented at Asia Society, Seoul Counterpoint and Electric Imaginary, to reflect that sense of uncertainty and the way we look at collage from the viewpoint of digital media. I'll be interacting with a team based in Seoul, "live" over the Internet, and will be sampling bits and pieces from my compositions in a way that reflects "pattern recognition" as a basic premise for electronic music. We are then put in a situation where a series of real-time "edits" and jump cuts take us to everything from Pepsi commercials, music played ("Devil in a Blue Dress") with dancers moving to the beat. They are spliced into traditional Korean dance material — dancers dressed in formal costumes from Korea's 5000+ year-old traditional forms, and then more performances from various artists like John Cage, Merce Cunningham, and Allen Ginsberg. All collaged into what many have argued is the first music video!

Let's look at it this way. In 1973, when Nam June Paik created his piece Global Groove, he looked at how satellites could be used to broadcast art. The video begins with a statement: "This is a glimpse of the video landscape of tomorrow, when you will be able to switch to any TV station on the Earth, and TV Guide will be as fat as the Manhattan telephone book." Amusingly enough, that statement was correct on one level, and not so correct on others.

Charlotte Moorman was a perennial Nam June Paik collaborator, and her presence was used to anchor the "video feedback" and visual effects that were used to make the piece more dynamic. Today, all of the things the video presaged have come true. In the video, one sees her and Nam June Paik playing TV Bra for Living Sculpture — think of it as a stream of consciousness update for our modern info and data driven economy. If art is anything, it is a reflection of electricity, of networks, of empathy. I wanted to create a portrait in homage to Nam June Paik in my own way, with my own composition, and then set it adrift to see what would happen. That's the Electric Imaginary.

DJ Spooky aka Paul D. Miller is the executive editor of ORIGIN magazine and is a composer, multimedia artist, editor, and author.
@djspooky