A Dispatch from India's Campaign Trail by a BJP Parliamentary Candidate 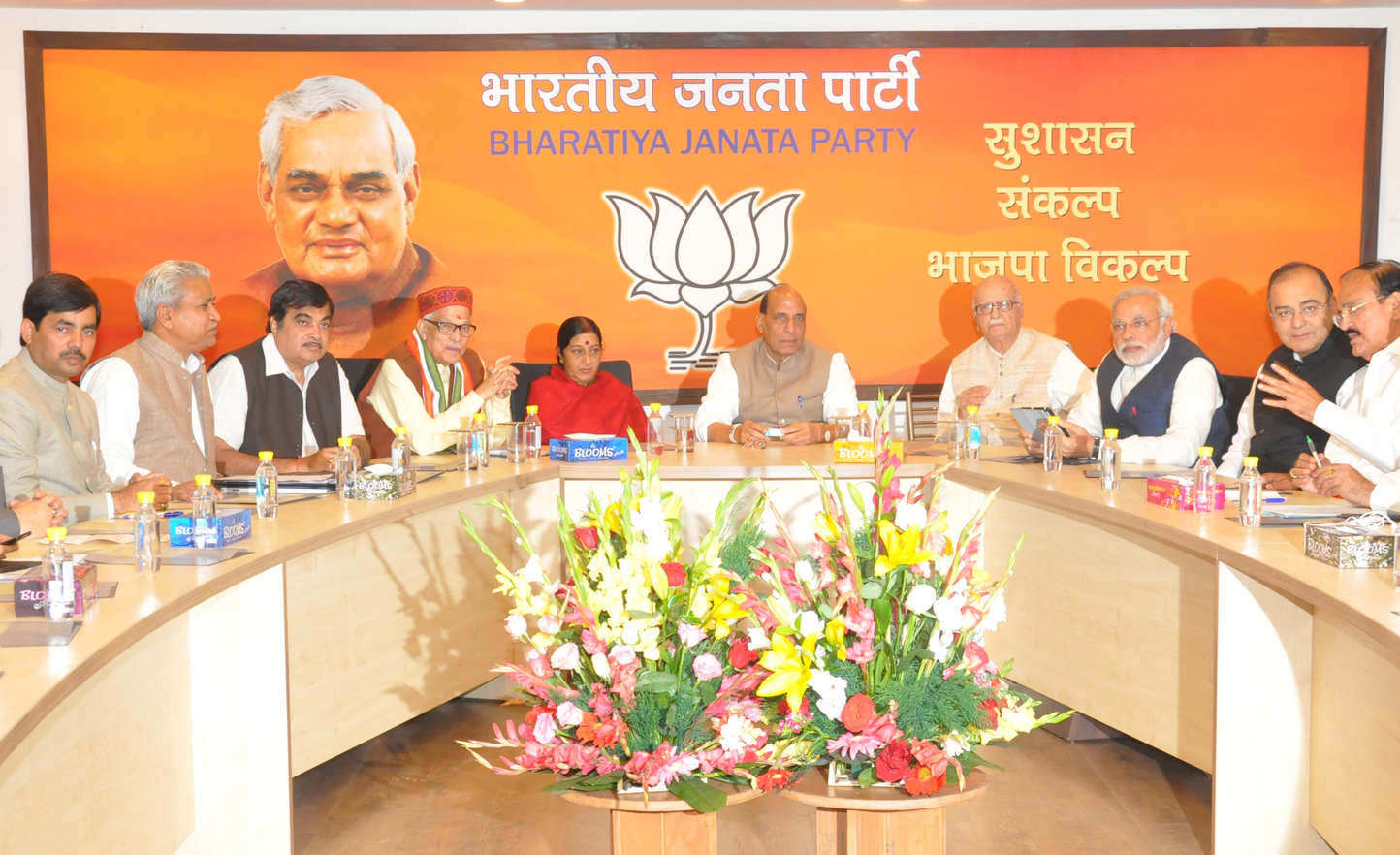 The BJP Central Election Committee Meeting on March 13, 2014, at which Jayant Sinha was announced as the BJP’s Lok Sabha candidate for Hazaribagh, Jharkand. (Photo courtesy of BJP)

For the Asia Society Policy Institute’s (ASPI) AsiaConnect briefing on March 27, 2014, Jayant Sinha, a parliamentary candidate for the Bharatiya Janata Party (BJP), shared his personal views on the upcoming elections and state of affairs in India. Mr. Sinha is the BJP’s Lok Sabha candidate for Hazaribagh, Jharkand. He previously served as Managing Director and Partner at Omidyar Network, as Managing Director of Courage Capital Management, LLC, and Partner with McKinsey & Company in Boston and Delhi. This blog post presents a condensed, edited version of his remarks, along with an audio recording of the conversation.

What is your view from the campaign trail of how the election is shaping up?

We’re seeing a tremendous wave of support for Mr. Modi. He has galvanized the country in a way that we’ve seen only once in the last 50 or 60 years. The election feels more like a U.S. presidential race, in which one figure captures the national imagination.

Polling shows the BJP has 50 percent support, an unprecedented level. The betting markets show an even chance that the BJP will win 200 seats and its allied parties will win 20. From there, the BJP has to reach the magic number of 272 seats to form a government. We expect we’ll have a convincing majority and form a stable government.

How confident are you that the election results will match current public opinion?

To forecast the election at a national level, you have to forecast every local election. There are 543 members of the Lok Sabha [lower house of parliament]. Each one represents a vast constituency, and many local issues factor in these elections. I know how difficult it is to predict national outcomes. I went through the 2004 and 2009 elections, and we missed our targets by a wide margin in both. Out on the campaign trail, we are still quite anxious.

Why do you think Mr. Modi has risen to national prominence?

I think he has been able to present a compelling economic agenda that speaks to issues that are foremost in voters’ minds. I’m speaking to you from in a rural area in Jharkand, where the main concerns are development and growth. In Delhi, voters are more interested in jobs and education. Mr. Modi has said economic development is his primary focus, and he has a strong record in Gujarat that gives him credibility.

What is the BJP’s economic agenda?

Mr. Modi set out the party’s economic plan in a speech in late February, which I worked on. It’s defined by four areas. First and foremost is restoring business confidence. Private investment has nearly come to a standstill because India’s taxes and policies have been unstable. We’d like to create a more predictable environment. The second priority is to give India’s states more leeway to manage investment, so that they can unleash the country’s economic energy.

Mr. Modi has also emphasized good governance, which will involve rooting out corruption. Gujarat has adopted a strong governance model that has attracted investment to the state. The fourth priority is infrastructure. Many of our economic challenges have to do with weak infrastructure and if we focus on that, we’ll get the economy humming again.

What reforms would the BJP make to give India’s states more authority over investments?

In India, our fiscal architecture is set up to deliver most development funding come from the center. The states themselves have limited resources. So we need to make structural changes to help states develop projects. Those are aspects of cooperative federalism in India that we will have to work out. Mr. Modi has very finely tuned sense of federalism from his work in Gujarat.

Listen to the AsiaConnect call with Jayant Sinha using the audio player below.