Director Lawrence Chen on the Importance of the 'Outsider Perspective' 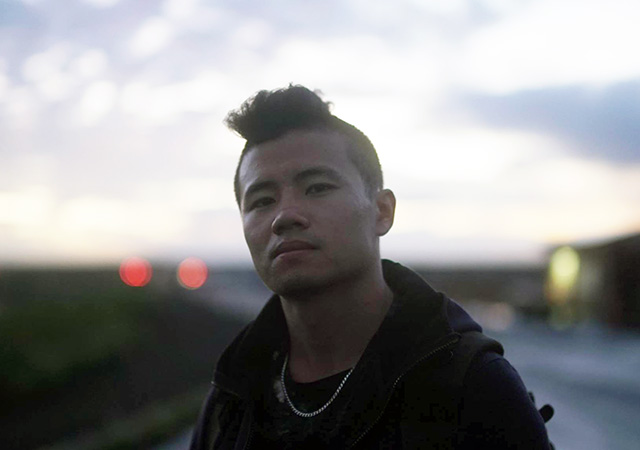 Award-winning director Lawrence Chen’s upbringing can be described as a reverse immigrant story. Born in the United States, Chen's family moved back to China when he was just eight years old. While his parents pursued their careers, Chen spent his childhood growing up alongside a rapidly developing China, a unique setting that served as an early inspiration for his subsequent film career.

Chen returned to the United States in 2005 to pursue his undergraduate degree in economics and engineering at Duke University in North Carolina before ultimately deciding to move to New York City to pursue his dreams of becoming a director full time. His narrative-driven work in music videos and commercials have earned him mentions and accolades at various film festivals including Cannes, Sundance, and the Tribeca Film Festival.

From July 26 to August 5, Asia Society New York will host a the 40th Annual Asian American International Film Festival and will screen Chen's short film 'I Don't Make the Rules,' along with several others. Learn more for the full schedule of screenings. Learn more

Now, Chen is slowly expanding his body of work in both length and depth — his newest projects focus on exploring the documentary and narrative filmmaking field. His newest short film, I Don’t Make The Rules, is more than ten times the length of his usual commercial projects and takes on heavy themes of race, class, and socioeconomic discrimination. It premiered this week on Short of the Week. Asia Blog sat down with Chen to discuss his background and how it has shaped his cinematic vision. Some portions of the interview have been edited for clarity.

You studied engineering and economics at Duke. What made you ultimately decide to go into filmmaking?

I've been fiddling around with mini-DV cameras and Final Cut Pro ever since middle school in Beijing, so filmmaking has been a big part of my life early on. Although I studied engineering and economics at Duke, I was also in an improv group and a dance crew and we were always making comedy sketches or dance videos. During my senior year, I took a few film courses and loved them. So I dropped the whole engineering thing and ended up writing and directing my first real short film, A Journey to the West, which was set in Beijing, China. Making that film was such an awesome experience so I decided to turn down a job offer selling insurance and moved to New York to become a "movie director" without really knowing what that would even entail.

Chen's most recent short film "I Don't Make the Rules" recently premiered on "Short of the Week."

You’ve done most of your work in commercials and music videos but have recently started exploring the documentary and narrative space through short films. How have platforms like YouTube, Vimeo, and other independent streaming sites changed the business of filmmaking?

New platforms are always great ways for filmmakers to get their work out there. After overcoming all of the hurdles of making a movie (writing, producing, shooting, editing etc.), the real question is: How do I even get people to watch what I've made? Online video platforms have built an audience of like-minded creators, completely changing traditional film distribution. Vimeo, in particular, has created a community where filmmakers who make and love films can watch each other's work. So while advancing camera technology has made making movies more accessible, the emergence of online platforms have made watching films of all types much easier. The real question now is: With all the films being made and uploaded, what makes yours worth watching?

A previous short you directed was recently selected as a winner in a contest put on by Star Trek: Beyond and Fast & Furious director Justin Lin to help recognize up and coming APA talents. Why do you think these specific opportunities for minority voices are important?

Opportunities for minority voices are important because filmmakers should be telling stories about the diversity of the human experience, not just one particular group of people. While diversity in Hollywood has been slowly growing over the years, it is still desperately lacking. Asian Pacific American voices and faces, in particular, are few and far between, both in front of and behind the camera. While this lack of diversity could be a result of decisions from directors, producers, or studio execs, it could also be due to a lack of supply in the talent pool (I don't ever remember my Chinese parents suggesting or supporting a career in film or entertainment while I was growing up). Initiatives for minorities calls to attention a need for that talent, and both encourages filmmakers to step forward and actively tell those untold stories while at the same time creating opportunities in the industry that historically were never there. I personally want to use the opportunity to not necessarily only tell stories about APA specific issues, but to tell everyday APA stories and bring talented APA actors into leading roles as ordinary Americans.

You were born in the U.S. but grew up abroad in China. How did your experience overseas shape and influence your filmmaking?

My experience growing up in China has had a significant impact on me as a director. The idea of growing up being a "foreigner" in the country I was living in has made me look at everything from an outsider's perspective. While spending my first eight years in the U.S., my parents were new immigrants from China who were adjusting to life in the West. Although I grew up as an ordinary American boy and spoke English as my first language, I felt different from the majority of the white American kids that I was going to school and hanging out with. By the time I moved to China, I then became a laowai or foreigner in my parent's home country, and lived in what seemed like a completely alien culture. The experience of never really fitting in influenced the stories I tended to tell, always of the odd one out or an outsider looking in. Also, growing up abroad came with a lot of travel, and seeing new people, places, and cultures opened my eyes to the sheer volume of different stories that were out there. Specifically, my life in Beijing has drawn me towards stories that are culturally more Chinese and creating characters that have motivations slightly different than characters from the West.