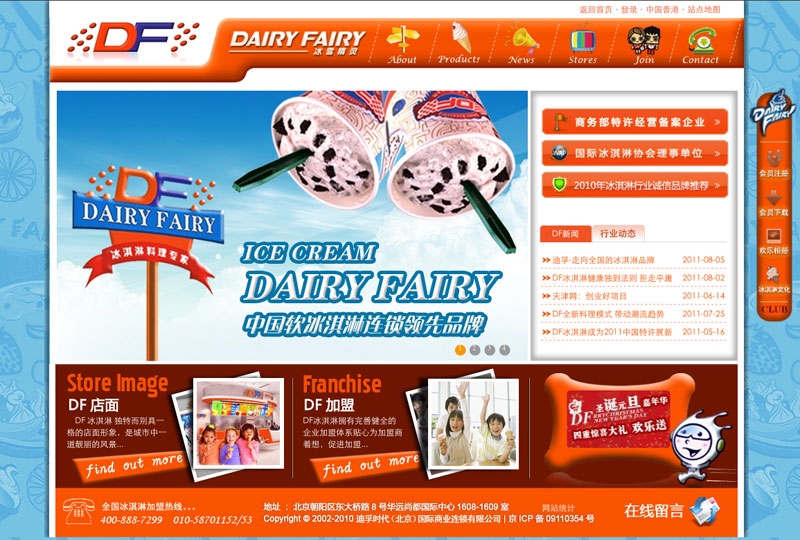 Chinese knockoffs of well known brands and items, often called shanzhai, are nothing new — from phones and game systems to, oddly enough, seeds and eggs — but some recent trademark infringements have caught the eye of netizens and media outlets alike worldwide.

An uncanny imitation of an Apple Store in Kunming, China revealed by a foreign blogger has made the rounds on the Internet (and ignited a media storm), leaving people shocked by both the accuracy and boldness of the copy. While other shanzhai products approximate the nomenclature and branding of the original products (their visual identity, in other words), the Kunming Apple Store both looked and acted like the genuine article to a T (a knockoff designer T, you might say).

Though the Kunming store has since covered up the Apple logo, a new pair of shanzhai caught our eye: a doppelganger Dairy Queen and an imitation Ikea (two things that, like Apple Stores, already legitimately exist in China).

The next time you're in China and find yourself craving something not unlike a DQ Blizzard, stop by the Dairy Fairy and get yourself an "Ice Storm." It's even served to you upside-down by employees wearing a blue uniform with a red apron, "nearly a mirror image of Dairy Queen employees," according to the Wall Street Journal. You may have to act fast, though, as Dairy Queen shut down two stores infringing on its trademark last year.

If your nesting instinct compels you to furnish your Chinese apartment with not-quite Ikea furniture, look no further than 11 Furniture. According to Shanghaiist, 11 Furniture is also located in Kunming and offers an Ikea-like shopping experience to match the Ikea-like furniture, right down to the blue and yellow color scheme, shopping bags and even the tiny pencils.

Zhang Yunping, 22, a customer service representative at 11 Furniture, as quoted by Shanghaiist via Reuters:

If two people are wearing the same clothes, you are bound to say that one copied the other.

Customers have told me we look like Ikea. But for me that's not my problem. I just look after customers' welfare. Things like copyrights, that is for the big bosses to manage.

Copycat stores range from small regional operations, such as 11 Furniture, which runs two stores, to larger Dairy Fairy-type national franchises. To some degree, the copycat stores illustrate that there's demand that's not being met, because some foreign companies haven't expanded into huge swaths of China's interior.