Commander of US Pacific Forces Underscores US Commitment to Asia 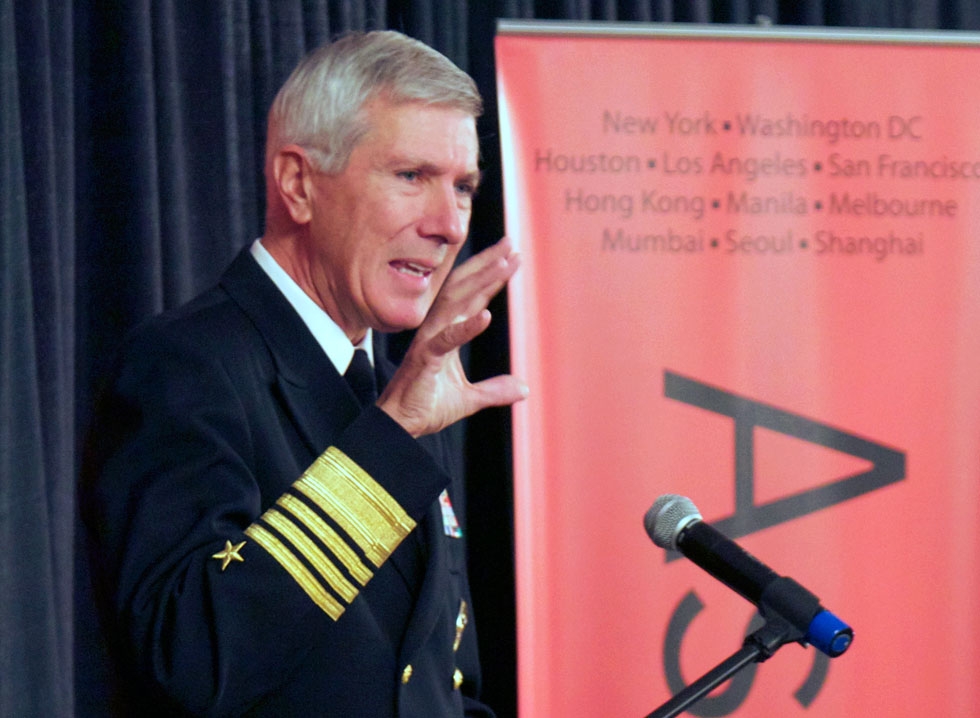 WASHINGTON, D.C., December 6, 2012 — As concern rises in Asia about the viability of American engagement amid budget cuts, Admiral Samuel Locklear, commander of U.S. military forces in the Pacific, told Asia Society in Washington, D.C., today "there can be no mistake about the level of United States' commitment to the Asia-Pacific." Citing examples of engagement from Japan to Indonesia and China to India, he said "America is a Pacific power, and [U.S. Pacific Command] looks forward to the hard work ahead to allow us to do our part to keep a dynamic Asia-Pacific hopeful, peaceful and secure for decades to come."

Admiral Locklear, speaking at The Washington Club, noted a tension between the economic integration of the Asia-Pacific and persistent security challenges. "Asia is the engine that drives the global economy," he said. "Last year alone, there was over $8 trillion of two-way trade. ... The sea lanes here are the busiest in the world, 50 percent of the world's container cargo and 70 percent of energy passes [through]."

However, he continued, "By any meaningful measure, the Asia-Pacific is the most militarized area in the world seven of the world's 10 largest standing armies, the world’s largest and most sophisticated navies, and five of the world’s declared nuclear nations."

The U.S. military will respond to these realities, he said, by transforming "to be more agile, more efficient, more technologically advanced, more lethal, and ultimately a military better suited to the task of securing U.S. interests around the globe." This rebalance will support "a strategy of collaboration, and not containment," focused on strengthening U.S. relationships in Asia, adjusting U.S. military posture and presence, and employing now concepts, capabilities and capacities as the security environment warrants.

The remarks by Admiral Locklear follow a series of Asia Society policy-relevant programs that explore the U.S. "pivot" or "rebalance" toward Asia. At the Washington Awards Dinner in June, former Undersecretary of Defense Michele Flournoy outlined the genesis of the rebalancing effort. At an August speech in New York, Deputy Secretary of Defense Ashton Carter described the implementation of the rebalance in the wake a trip to Korea, India, Japan and Thailand.