Chinese: The Language of the Future? | Asia Society Skip to main content

Chinese: The Language of the Future? 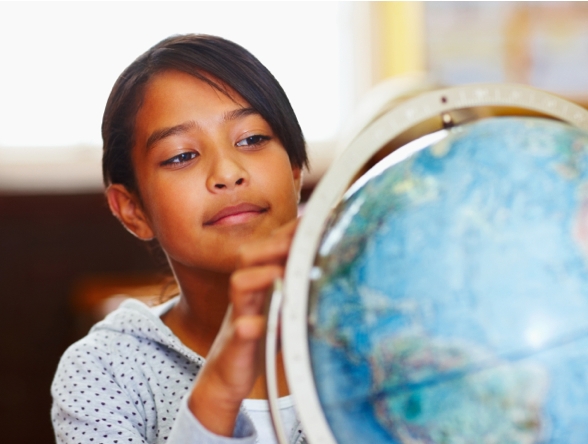 When I was a teenager growing up in international schools across Asia, my father urged me to take up Chinese as an elective. If I asked why taking up Chinese would help me, he always answered: "Chinese is the language of the future."

Too bad I was a rebellious teenager—because it turns out my old man was right after all. Chinese is the language of the future, and to prove it, Voice of America conducted research that proves that Interest in Learning Chinese May be Growing Exponentially. After contacting Rosetta Stone to check whether Chinese is, in fact, growing exponentially, VOA interviewed Asia Society's Chris Livaccari, Associate Director of Education and Chinese language initiatives.

Livaccari, whose Chinese-teaching methods are gaining popularity across the country by making lessons both more engaging and easy, said: "In the United States if you look at the headlines over the last several years, it's clear that there is a perception among Americans that China is the place that is going to define our future."

The relationship between the US and China is also one of the most important bilateral relationships in the world right now. According to Livaccari, the American Council of the Teaching of Foreign Languages just released a report that suggests Chinese to be the fastest-growing language, with a growth rate of 195 percent.

To the native English speaker, a language like Chinese, with its unfamiliar alphabet and intonations, may be more than a little daunting. In his interview, Livaccari conceded, "Chinese is really unique. It takes an incredible investment of time and energy for students to know enough Chinese characters to be literature... but it comes with great opportunities."

In an era when educators in the US are looking toward Asia to learn how to teach students subjects like math and science more successfully, teaching Chinese may also be another positive step. To learn more about Asia Society's Chinese-language initiatives, watch the video below: