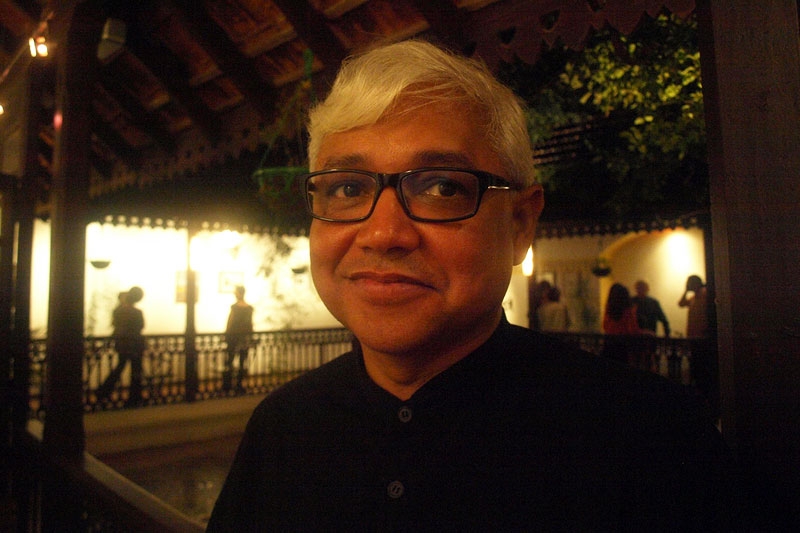 Acclaimed Calcutta-born novelist Amitav Ghosh will be making an appearance at Asia Society’s inaugural Arts and Ideas Forum: “The Chindia Dialogues” this Thursday, November 3, to join leading China scholar and Sterling Professor of History Emeritus at Yale Jonathan Spence to discuss his latest historical novel, River of Smoke. The event will be introduced by Asia Society Center on U.S.-China Relations Director Orville Schell. Full details here — but if you can't make it to the event, tune in to AsiaSociety.org/Live for a free live webcast.

River of Smoke centers on an opium merchant from Bombay who has made a home for himself in Canton, China, during the 1830s, the time leading up to the Opium Wars that changed the course of Chinese history. The book is the second installment in Ghosh's "Ibis Trilogy," after Sea of Poppies, which was shortlisted for the Man Booker prize.

Ghosh shared some insights into his new novel's historical context on WNYC Radio's Leonard Lopate Show on October 27. "To the world at large, the whole fact that 90 percent of the opium that went to China came from India — that itself was very very little known," Ghosh told Lopate. "In general, the reality of the opium trade, the part it played in forming modern capitalism and the modern world, is just obscure and occluded."

River of Smoke has already received rave reviews in a number of publications, including the New York Times.