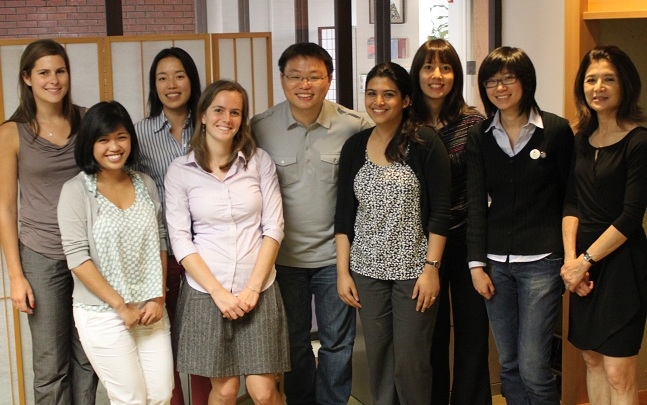 SAN FRANCISCO - After speaking at an event that Asia Society Northern California co-sponsored with Pacific Environment and other NGOs, environmental activist Zhou Xiang, founder of the non-governmental organization Green Anhui, shed light on the struggles of being an environmentalist in China in a long, candid interview with Asia Society Northern California's Hannah Lincoln and Neha Sakhuja.

In 2009, Green Anhui leapt out of obscurity and into the international lens through the Academy Award-nominated documentary short The Warriors of Qiugang. The movie follows Qiugang residents as they struggle to shut down a chemical factory that moved into the center of their village. Images of dead fish and beleaguered villagers tug on the heartstrings, while the demand of village elders rings in the ears: "You tell them! Tell the camera about the factory! Tell them the truth — don't look at me! Look at the evidence!"

In the interview, Zhou described the methodical and strenuous process by which Green Anhui reaches out to pollution-impacted villages and victims. Despite exploding social media use in Chinese cities, the NGO continues to rely on traditional methods of communication. Due to a largely Internet-illiterate population, Green Anhui and its partners must use newspapers, posters, pamphlets, and in-person dialogue to garner support. As he put it, "China's environmental activities must have the support of the media, NGOs, and community leaders in order to succeed."

Zhou also pointed out that a fear of political repercussions makes most Chinese NGOs reluctant to work on controversial environmental and human rights violations. Green Anhui’s work in Qiugang village has become a model for other Chinese NGOs as they fight for environmental justice across the country — but Zhou is realistic about how much these groups can accomplish at this stage.

"Most of all," he tells Asia Society Northern California, "NGOs in China need time."

Watch a trailer for The Warriors of Qiugang: