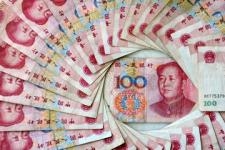 If anyone still had any doubt as to China's status as a rising global power, those doubts were put to rest yesterday. China has taken Japan's place as the world's second largest economy behind the United States.

While this new development is hardly a surprise, experts say that it provides further evidence for predictions that China will pass the United States as the world's largest economy by 2030. Furthermore, it solidifies claims that China is and will continue to be a major force in the global economy.

"China is already the primary determiner of the price of virtually every major commodity," said economist Nicholas R. Lardy, in an interview with The New York Times. "And the Chinese government can be much more decisive in allocating resources in a way that other governments of this level of per capita income cannot."

With economic power comes more and more political clout for Beijing. Already, China has become a huge influence in Asia, Africa, and Latin American with special trade agreements and resource deals. Global companies like General Electric and General Motors see China's success and, in some cases, are moving or expanding their businesses there.

Of course, China will also face some serious challenges. Experts say the country is too dependent on exports and investment and too weak on domestic consumption. Also, China's currency policy has come under heavy criticism from the United States and European Union who believe that Beijing is keeping their currency artifically low to encourage exports.

Still, it seems like these problems won't be enough to slow down China's rapid growth, both economically and politically. While the western world is still struggling to bounce back from economic crisis, China's economy is expected to grow by an additional 10 percent this coming year.

Business in China: It's Complicated