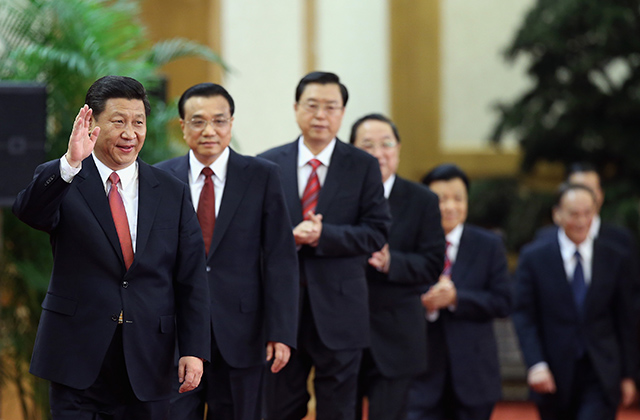 Since the collapse of several authoritarian regimes in the 1980s and 1990s — most notably the Soviet Union — conventional wisdom in political science has held that dictatorships inevitably democratize or stagnate. This wisdom has even applied to China, where the Communist Party (CCP) has presided over 26 years of economic growth since violently suppressing protests at Tiananmen Square. In 2012, political theorist and Tsinghua University Philosophy Professor Daniel A. Bell aroused controversy among many China-watchers for challenging this idea. In several op-eds published in prominent Western publications, Bell argued that China’s government, far from being an opaque tyranny, actually presented a “meritocratic” alternative to liberal multi-party democracy. In a new book titled The China Model: Political Meritocracy and the Limits of Democracy, Bell expands on that idea.

“I disagree with the view that there’s only one morally legitimate way of selecting leaders: one person, one vote,” Bell said at a debate Thursday hosted by ChinaFile at Asia Society in New York.

Bell is under no illusion that China has already perfected its political recipe, admitting that the ideal “China model” is still very theoretical. This involves a “vertical democratic meritocracy,” as he puts it, with open democratic elections at the local level, meritocratic assessment (like China’s civil service exam) to choose top national leaders, and experimentation in the middle. In this system, local leaders — who handle relatively basic issues — are still accountable to voters. But national leaders, who must handle more complex issues and make tough decisions that may not be popular (like enacting serious climate change measures), can be chosen based on experience and knowledge without American-style political gridlock or susceptibility to populist approval.

Bell dismisses views that he’s an apologist for the CCP, saying that the ideal he writes about requires far more transparency, freedoms, and genuine local democracy than exists currently. “There’s a problem in China: There are constraints on free speech, people have visa problems, and that’s terrible. In this sense I’m a card-carrying liberal. I look forward to the day when China has much more political speech than it has.”

But is it reasonable to expect a transition to Bell’s model of a clean transparent system that doesn’t elect top leaders democratically? Columbia University Political Scientist Andrew Nathan, another participant in Thursday’s debate, says that what makes liberal Democracy better than authoritarian models like China’s isn’t the selection of leaders — it’s checking and balancing them once they’re in power. “Daniel has acknowledged what he calls a gap between the ideal and the practice [of China’s political system],” Nathan said. “That gap is not an accident — [it] is produced by the structure of the political system.”

Timothy Garton Ash, a University of Oxford professor who’s spent decades researching communist and post-communist systems, agreed with Nathan. He said that around the 2008 Beijing Olympics, when China still appeared to be evolving toward greater political and social openness, he believed that the country perhaps had cracked a model that could challenge liberal democracy. But then things started moving backwards. Now, Chinese President Xi Jinping is “bringing all the responsibility back, in a categorical Leninist gamble, to single party rule.”

The breakneck economic growth that reigned for three decades in China has slowed. GDP, once guaranteed to exceed 8 percent each year, fell to 7.4 percent in 2014 and is expected to continue dropping. Meanwhile, China’s supply of cheap rural labor — essential to the country’s export-led growth model — is drying up and the overall population is rapidly aging. Social circumstances are also shifting, with young Chinese becoming more educated and nurturing aspirations that go beyond mere prosperity. In the face of these issues, Ash says, the CCP is facing major challenges in maintaining the “performance legitimacy” that’s kept it afloat for decades, and it faces an uphill battle in establishing a political model that bestows “procedural legitimacy.”

“I don’t think the China model yet exists except between the covers of [Daniel Bell’s] book,” Ash added. “For me the question is can they get that — a sustainable model in a complex society that will no doubt be, in many respects, different from classic Western multiparty liberal democracy. I hope they do because I think the consequences of failure will be disastrous for us all, but I don’t think they’ll get that simply with the methods they’ve so far adopted.”

Nathan says that if there is a coherent China model, it may be more of a “red empire” in which authoritarian leaders choose their own successors from a political elite and remain repressive in order to manage a complex society. “I think actually Daniel [Bell] and I agree to a considerable extent on what China is today,” Nathan said. “It’s repressive, it’s authoritarian, it’s self-perpetuating. I’m not predicting that it will survive, but I think there’s a very considerable chance that the model of repressive authoritarian self-perpetuating elite leadership can persist for a long long time.”

Bell concedes that the drive toward the ideal “China model” is going backwards in many ways under the current political tightening, and that rampant corruption within the CCP undermines its potential. But he says Xi Jinping’s anti-corruption campaign is having an effective influence on reigning in official graft and abuse of power. He suggested that the aggressive suppression of perceived threats to the CCP coincides with Xi’s turbulent and risky fight against corruption.

“I think once this corruption is dealt with, then I would expect the switch to a gradual openness,” Bell said. “And it’s a testable hypothesis. If in 20 years time China becomes more repressive, we see another Tiananmen Square, then I’m lost and I’ll change my views.”