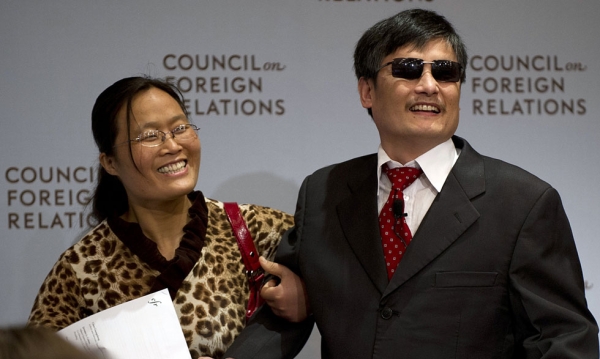 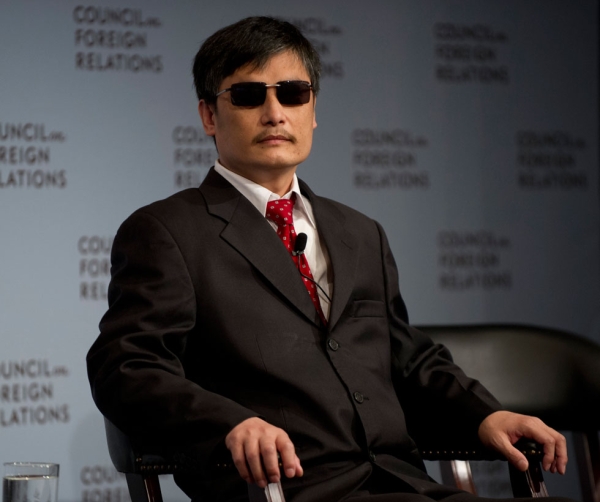 Blind legal activist Chen Guangcheng, while speaking today at the Council on Foreign Relations in New York, said the Chinese government's handling of his case showed it was “moving in the right direction,” and that he would like to return to China after studying law in the U.S. as long as his “individual rights are protected.”

The government's decision to let him study in the U.S. "is unprecedented, regardless of what they did in the past," Chen told a packed house of journalists and China-watchers.

"As long as they are beginning to move in the right direction we should affirm it," he said.

Chen, while frequently quoting Confucius and referencing the Chinese constitution, also said Chinese party officials in many cases are not honoring the country's legal system by doing whatever they want and not following the rule of law.

Chen said he continues to fear for his family, and suspects his nephew may be being "tortured" by Chinese officials because he has not had access to a lawyer.

However, he said the government made a promise to investigate the Shandong authorities that have harrassed him and his family and that he was awaiting their response.

"There's such a big difference between what the central government is saying and what the people are saying, so I'm waiting," Chen said. "But we also need to supervise and to press them to do what they promised."

Chen also said he has hopes for continued reform in China in both the legal and political sphere, calling on the country to consider "Eastern democracy" and not just mimic democracy in the West.

Asia Society Associate Fellow Susan Shirk, a professor of China and Pacific Relations at the School of International Relations and Pacific Studies at UC San Diego, said Chen countered the often pessimistic view people have of China from the West.

“I think the cases of Bo Xilai and Chen Guangcheng have revealed to the American public some of the problems in Chinese society, and yet Chen is optimistic that the basic goodness of human nature and historical forces are driving China ultimately in the right direction,” said Shirk, who was formerly a deputy assistant secretary of state for China policy.

“Without making any specific predictions, he sees possibility for positive change and he thinks the fact that the Chinese government dealt with his case in the way it did gives him reason to hope.”

"If China’s society and economy are going to reform as everybody — including China’s leaders — recognize it needs to do, it will only happen if people like Chen Guangcheng and those he represents are empowered to have their voices heard,” he said.

Chen's appearance came on the heels of  a CNN interview, in which he first made comments about his desire to return to China, and a New York Times op-ed in which he called on the government to enforce its laws.

"You can't suppress the basic goodness that is in human nature," Chen told the audience. "That goodness will come to the fore — that is unaviodable."