The Challenges in Bringing Global Education to China 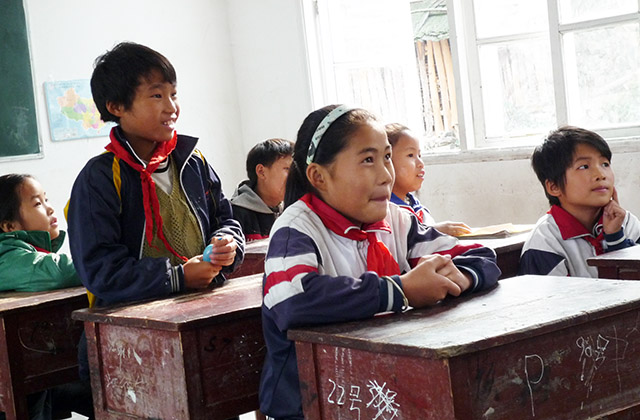 As the world becomes increasingly globalized and interconnected, it’s becoming more important for students to learn skills that help them to interact across cultures and thrive in a global economy. To this end, “global competence” is a field of education that has gained momentum in schools around the world over the last 15 years. The Programme for International Student Assessment (PISA) — a study that tests scholastic performance by 15-year-old students around the world — has recognized this by including global competence assessment in its next round of testing in 2018.

On December 8 at Asia Society in New York, Kit-Tai Hau will join a panel of global education leaders from North America and Asia to discuss global education and the results of the latest round of PISA testing. Learn more

Kit-Tai Hau is a professor of educational psychology at The Chinese University of Hong Kong (CUHK) and former president of the Educational Psychology Division of the International Association of Applied Psychology. On December 8 at Asia Society in New York, he will speak on a panel discussing the newly released results from the 2015 round of PISA testing. Ahead of the panel, Hau spoke with Asia Blog about education reforms in China, how the country can bridge the rural-urban education divide, and where global competence falls amid a tough political environment.

How are reforms in China’s education system preparing all students for success in work and life in the 21st century?

Starting in the later 1990s, in part as a result of China’s transformation in the economic and political systems, the basic (grades 1-9) and senior secondary (grades 10-12) curricula in China underwent major reforms. The objectives included: an emphasis on learning how to learn, a balanced and integrated curriculum structure to meet students’ diversified needs, a selection of core knowledge and skills relevant to lifelong learning, the cultivation of active problem solving skills, an emphasis on formative evaluation, and the decentralization of curriculum implementation to lower administrative levels (e.g., schools can have a small portion of their own tailored curriculum).

It should be noted that this curriculum reform happened more than 15 years ago, back when the idea of what 21st-century skills and global competences should be was still vague. Thus, the emphases in the 2000 reform may not have fully reflected the competencies and skills that are treasured in our more recent 21st-century skills and global competence framework.

Furthermore, despite the continuous “experimental” changes of the gaokao (China's national college entrance examination) in some provinces, some educators wish to see even greater changes in the gaokao system with more diversified university entrance channels. These people argue that education reforms will never be successful unless criteria other than the rote-learning-focused gaokao are used in university admission.

Despite China having several thousand years of extensive experience in conducting public examinations to select high-rank government officers, it is not easy to reform the high-stakes gaokao. Around 10 million students take this public examination each year, and it has to be easily administered, corruption-proof, and fair. Thus, it is understandable that the Chinese government has been extremely cautious in making drastic changes to the gaokao system, which is many students’ only opportunity to climb up the social ladder by getting into the top universities.

There are obvious challenges of all sorts in Hong Kong as well as in mainland China, including the readiness and preparation of teachers to take on new roles when educational aims have been changed, the alignment of the high-stakes university entrance examinations with curriculum reforms. In Asian societies, these university entrance examinations are still considered by most students and their parents as the only gateway to a successful life. However, the highly valued 21st-century skills, including critical thinking, cooperation skills, creativity, etc., are difficult to assess reliably in large-scale public examinations. Hence, there is still some way to go before such critical educational goals could be fully realized.

Around the world, many politicians are finding success by appealing to nationalism and disillusionment with globalization. And over the past few years, we’ve seen similar remarks from Chinese leaders and top education officials about resisting the “infiltration of Western values” and concepts like universal values in schools. There has also been similar talk in Hong Kong relating to controversial “patriotic education” proposals. Do you see this global trend as a significant barrier to creating global citizens?

As defined in by PISA, “global competence is the capacity to examine global and intercultural issues, to take multiple perspectives, to engage in open, appropriate, and effective interactions with people from different cultures and to act for collective well-being and sustainable development.” Educators around the world have more commonalities than differences in the things we treasure and value. We all hope to develop the competences, attitudes, and values in our students that enable them to become globally competent and to become global citizens.

Learn more about the Center for Global Education at Asia Society and its commitment to global competence. Learn more

Among the more than 50 ethnic groups in China, there could be large variations in lifestyle as well as traditions. Even among the Han Chinese (the majority ethnic group in China), different dialects are spoken across regions. So, the concept of being a “global citizen” is important even within the same country. Everyone should tolerate, accommodate, and even welcome people who have values and lifestyles different from their own. Thus, by and large, there are no big differences in the kind of “global competence” that educators in different countries would like to cultivate among their students.

China still has a massive urban-rural divide in terms of education quality. Is there any way to reach those in rural areas with a global education?

The rapid economic development in China has happened only in the past 20-some years, and admittedly there is still great disparity in the opportunity to obtain high-quality education in the less developed areas. In the old days, the availability of qualified teachers was often a problem in the less developed parts of the country. Nowadays, with the advancement of technology, Massive Open Online Courses (MOOC) courses at K-12 and tertiary levels have been developed, which should theoretically allow children in the least developed parts of the country to take the same courses that Beijing or Shanghai students are taking. MOOCs are not a perfect solution, but this kind of e-learning, along with other tech-based initiatives, may help to narrow the urban-rural gap.

What recommendations do you have for education systems around the world that want to develop global competence in their students?

Global competence, similar to a lot of other important competences such as creativity, leadership, and critical thinking, has to be taught more effectively through task activities, projects, and experiential learning. The traditional teaching paradigm that relies heavily on lecturing is not effective enough. Giving substantial training to teachers and making full use of appropriate e-learning to facilitate the paradigm shift so as to enable more task-based and experiential learning is important.

Anne Hilton is the assistant director of digital strategy at Asia Society's Center for Global Education.