CEO Lulu C. Wang: 'I Was Not Intimidated' by Male-Dominated Financial Field 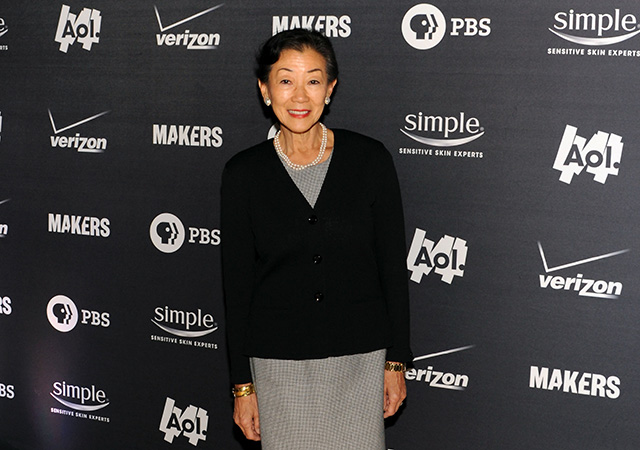 Lulu C. Wang is a busy woman. When she isn't running her hedge fund Tupelo Capital Management, she is working with non-profits: She serves as a board member at institutions like the Columbia Business School, the Metropolitan Museum of Art, and Asia Society, where she is a Vice Chair of the organization's Board of Trustees. Despite these commitments, she still finds the time for a more eclectic passion — restoring and racing vintage cars.

Wang's career began as a financial writer for a small brokerage firm, where she used a talent for writing — honed while obtaining an English literature degree at Wellesley College — and "can-do" attitude to get ahead. Before long, she made the transition away from editorial work, landing a job as a junior analyst at Donaldson, Lufkin, and Jenrette with a focus on the food industry. Wang would often stay up late, putting in extra hours to learn about chemistry and finance in order to stay abreast with the industry she covered. Her hard work and passion for her job allowed her to rise quickly through the organization, serving in various executive positions before starting Tupelo Capital Managment in 1997.

Join Lulu C. Wang and other prominent business leaders for the Women's Leadership Series on Thursday, August 25 at 7 pm at Asia Society Texas. The discussion celebrates the accomplishments of influential, diverse women making an impact in business and culture locally and globally. Learn more

Asia Blog spoke with Wang ahead of her keynote appearance at the Women's Leadership Series at Asia Society Texas. Some responses have been edited for clarity.

You grew up with three sisters and you attended Wellesley, an all-women’s college. How do you think being raised in female-dominated environments has shaped you?

Well, I think those early influences in my life were very positive and it certainly imbued me with a sense of “can-do” for myself and all women. It also demonstrated in me the truly collaborative power of women working together, women supporting women, and advancing a common cause.

When did you first realize you were a leader? What were the challenges of transitioning to the C-Suite?

I guess I was fortunate to feel the draw of leadership very early in life. Even in high school I was always privileged to be in leadership positions in sports or in student government or class organizations. And I think it was really the joy of being able to identify a cause or mission and feeling passionate about it, and being able to advance the cause, and have those you are leading be motivated to follow. I think that's really the siren song of leadership — that you can feel passionate about something and make the case so that others want to work with you to move the group ahead.

I think the challenges as a leader, whether in a small school club or in leading a large corporation, is really being able to identify an objective or mission that is important to you so you can lead by example. Then you can bring along those who share the same passion. I think leading by example is a very important part of leadership, at least in my style. That, and to be accessible and fair and very clear in terms of why the mission is very important. I think people need to feel the rationale and passion to pursue an objective. I think a good leader needs to make that very clear to those being led.

Did you ever have reservations about forging a career in a male-dominated industry? Do you think being a woman was more of a hardship, professionally, than being Asian?

Frankly, not really. Maybe it’s because of the early confidence I had feeling empowered and “can-do.” There was nothing that could not be done because I was a girl or a woman. If I enjoyed something, I went for it, whether it was in sports or later on in business. It was just pursuing a career that I love — which was investing — and the fact that it was male dominated never really was a factor for me.

I really did not think of myself as merely a woman or Asian, I just was lucky enough to find the kind of work I really loved and then pursued it. I was not intimidated by not being in the mainstream in terms of demographics. I do think I’ve advocated for young women going into the investment field because I think it's a very good and very measurable industry for women to go into. I think there is some very natural fits in terms of hard work, left and right-brain functioning, that really make investing a natural field for women. I think in the course of the last 30 years of when I’ve been in the investment field, I see more women having come in. I think more entrepreneurship is exhibited as well.

On the other hand, I think there's room for a lot more leadership opportunities for women in the investment field. There are many women now — often in investing meetings there will be 50 percent women and 50 percent men, but in terms of leadership positions, in senior portfolio management roles, in investment companies, there is still many more strides to be made for women.

During a time when there were few minorities and women working in the industry, who were your mentors when you were first starting out? Where did you draw inspiration?

There were very few women when I started out, so there were no women to be inspired by. But again, I didn't really think of myself as being a woman or being Asian — I really thought of myself as an aspiring investment professional. I looked to people that were doing the things that I was interested in doing, and who were doing it in a way that I admired. They became people that I wanted to model myself after. When I was an analyst, I looked to see who the best analysts were, who were really creative and professional in the way they pursued their jobs. Later on I became interested in portfolio management, I looked for those in portfolio work and running firms who, again, I thought were doing great jobs empowering their people, setting an example, and being successful with clients.

There are people who walked the walk. People who were honest and very direct, very hardworking. I think they were admired because they led by example. There was nothing they would ask their people to do that they wouldn’t do themselves and do it carefully and with excellence. I think that is the kind of person I looked to to be a role model for me.

You are a board member at various cultural institutions. Why is it important to you that you be involved in the community outside of your career-related interests and obligations?

I think all of us are the products of the community. When we have the good fortune to have success I think it's very important to give back and share that good fortune. I think one way that I found was to focus on the not-for-profit that's helped to shape my own success. Whether it was the educational institutions or cultural institutions, it not only shaped my profession but also my joy of art and community, so, I focus on those areas. I also focus on the institutions that I thought I could be most impactful, because there are many good causes. I think if you focus on the institutions where you feel you can make a difference and where by working for these institutions you can also have a great deal of joy in your own life, you can continue to learn and continue to develop. Then it becomes a very mutually beneficial relationship.