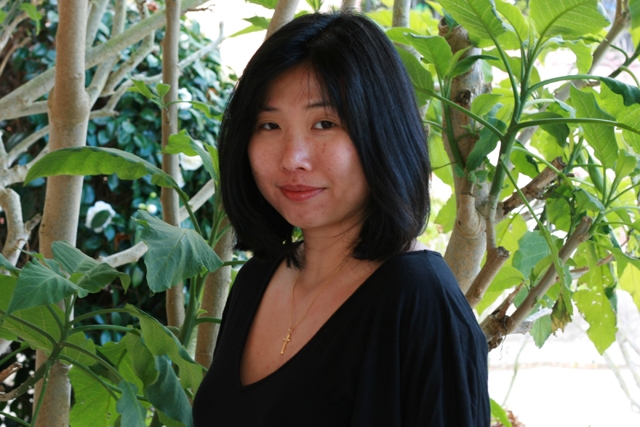 A new book deliciously weaves together generations-old recipes—and the stories of the women who cook them—in The Asian Grandmothers Cookbook: Home Cooking from Asian Kitchens (Sasquatch Books, 2009). Patricia Tanumihardja, an Indonesian Chinese with her own memories of Asian cooking, has documented a number of family recipes—many of them in print for the first time ever—complete with insider tips from the grandmothers she cooked with. The book also features profiles of the women, highlighting the history behind each dish and revealing how cooking factors into the lives of Asian American families.

Asia Society Online spoke with Tanumihardja about her cookbook, the women she met and the importance of keeping tradition alive.

ASIA SOCIETY ONLINE: Where did the idea for the book come from?

PATRICIA TANUMIHARDJA: It came from my publisher. I was interviewing him for a story, and we started talking about food and cooking. All of the sudden, he told me he’s always wanted to publish a cookbook about Asian grandmothers, and I thought, “Oh my gosh, that’s totally up my alley!” I’ve always been interested in food and culture, and I never knew my grandmothers, so I thought it would be a wonderful experience to learn from women from different cultures. I still keep in touch with quite a few of them.

ASIA SOCIETY ONLINE:  What was your process for writing the book? How did you get in touch with all of the grandmothers you profiled?

PT:  At the time, I was already writing for a local Asian American community newspaper, so I had a lot of global contacts within the Asian American community. That was where I started. I also sent out a mass email to everybody and anybody I knew to see if they had mothers, aunts, or grandmothers anywhere who’d be willing to talk to me or cook with me or be interviewed. It just snowballed from there.

I also started a blog, the Asian Grandmothers Cookbook and through the blog, I met a lot of people who were willing to contribute their stories and their recipes.

ASIA SOCIETY ONLINE: What was it like interviewing these women and learning about their lives and their histories?

It was just an amazing experience. These women are not celebrities and they’re not famous, but each and every one of them had a story to tell, whether it was about spending hours on end cooking and baking for their grandkids on birthdays and holidays; or fleeing in the dark of night from communists; or having to ride in a teeny tiny boat with other people across the South China Sea. It’s across the spectrum: there are happy stories and also sad stories.  But all of [the women] came here and recreated lives for themselves. And family was such a big thing for all of them: they fed their children and their grandchildren, made sure they were well fed, and also made sure they kept the culinary flame alive for their families. This was woven into all their stories.

PT: A lot of these women were immigrants to [America], so they are the closest link for their children and grandchildren to their homeland. So in that way they have a very important role to play, in terms of keeping their children and grandchildren attached to their roots and their homeland. One way they did this was through food and cooking. Everybody loves to eat, and associated with food is this whole idea of tradition and culture.

ASIA SOCIETY ONLINE: What recipes in the book have the most interesting histories or speak the most to you?

PT:  It’s such a difficult question! I don’t like picking favorites, but one dish that I thought was really fascinating was a braised pork dish. In the US it’s commonly called 'red cooked pork'. Red cooking is the process of caramelizing sugar and then adding pork meat, usually pork belly, and browning it. You add soy sauce and water, and then spices like anise, cinnamon, and black pepper. 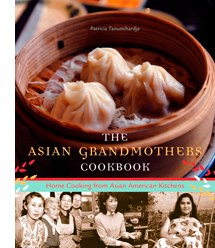 I found this dish very fascinating because so many different Asian cultures have similar dishes but with local twists: the basic recipe stays the same, but what spices they would put in changed. Some would add lemongrass, a very Southeast Asian ingredient. The Vietnamese would use coconut juice instead of water. My mom actually makes a similar dish too, but she uses sweet soy sauce in addition to salty soy sauce. There are so many variations to it, and I thought it was really interesting how this one basic dish was changed based on what ingredients were available and how people’s taste buds developed

Another favorite dish that not only I enjoy but my family enjoys too is mochiko chicken. It’s chicken pieces coated with corn starch and mochiko flour, Japanese sweet rice flower. This is mixed with egg, soy sauce and sugar, and you can add some ginger to it if you like, or something a little bit spicier. Then it’s deep fried or pan fried. That is a typical Japanese American dish. If you ask any Japanese American about mochiko chicken, their eyes will light up!

ASIA SOCIETY ONLINE:  Asian cooking uses so many different techniques and equipment. You tested every recipe in the book yourself, so what was experimenting with all of those methods like?

PT: I did cook every recipe in the book—twice or three times! I’m lucky in the sense that I’m familiar with a lot of the ingredients and techniques. My mom is an excellent cook and was a stay-at-home mom, so she’d spent practically the whole day in the kitchen! Ever since I was a little girl, I’d be there in kitchen with her. So a lot of the techniques are very familiar to me. It was definitely a lot of experimentation and a learning journey. But with the help of all these women who opened their kitchens to me, it was an easier process. I could ask a lot of questions and watch exactly how it was done. And they taught me a lot of tips and tricks that you would never find in any other cookbook. I included these in my book, so that’s where the “grandma says” tips at the end of some of the recipes come from. They just had so much knowledge to share, I had to write those tricks down.

ASIA SOCIETY ONLINE: Some of the recipes you wrote about can’t be found in print anywhere else. How did you find out about them?

PT: I would say that 80 percent of the recipes in the cookbook are family recipes, so a lot of times these recipes were never written down. These women cook from their heads: they’ve made these dishes over and over again over the years.  Also, even though a lot of the dishes are traditional, they’ve added their own quirky ingredients. This one Filipino grandmother was showing me how to make a traditional Filipino cake called bibingka. The traditional recipe uses rice flour, but she said because she couldn’t find the quality of rice flour she was used to in the Philippines, she substituted it with Bisquick!

Check out recipes from  The Asian Grandmothers Cookbook: Home Cooking from Asian Kitchens:

Caramelized Chicken with Lemongrass and Chilies