To Cast, or Not to Cast: Controversy Surrounds RSC Version of Chinese Classic | Asia Society Skip to main content

To Cast, or Not to Cast: Controversy Surrounds RSC Version of Chinese Classic 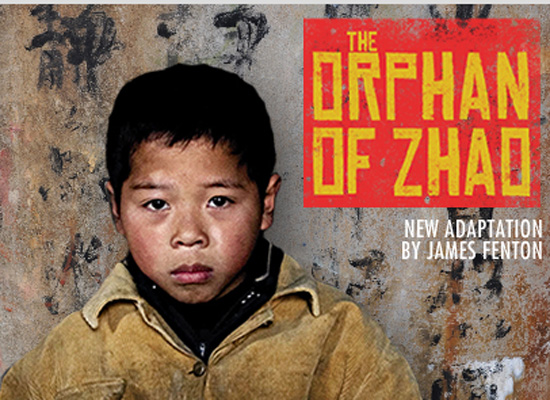 The promotional poster for the Royal Shakespeare Company's upcoming production of 'The Orphan of Zhao,' a 13th-century Chinese classic. (RSC)

On October 30, the Royal Shakespeare Company (RSC) in Stratford, England is mounting a new production of the famous 13th-century Chinese play The Orphan of Zhao. The play, an elaborate inter-generational revenge tragedy set during the Yuan dynasty, is an undisputed masterpiece of Chinese theater, often regarded as the "Chinese Hamlet." It was one of the first major Chinese texts to become a hit in the West when Europeans were expanding their efforts to trade with China. Even Voltaire wrote an adaptation of the play, which he called L'Orphelin de Chine, in 1753. More recently in 2010, the director Chen Kaige made a film version of the play, called Sacrifice.

The Orphan of Zhao is one of the highlights of the RSC season, with the company's artistic director, Gregory Doran, leading the production. But this past week, the RSC has been the source of controversy regarding their casting choices for the play. Asian-American theater groups and the renowned Tony-award winning playwright David Henry Hwang have voiced their concerns that the RSC has cast only three actors of Asian descent in title roles. "They use an Asian kid on the poster," Hwang tweeted on October 17. "But they cast Asian actors only as dogs and a maid." The Asian American Actors Coalition complains that "the RSC seeks to exploit the public's growing interest in China. But through its casting choices, the company reveals that its commitment to Asia is only skin-deep."

The RSC has been quick to defend itself. On its Facebook page, a representative wrote that the organization is "always aiming to reflect the diverse population of the UK on our stages and we make considerable efforts to audition actors from all ethnic and cultural backgrounds." Moreover, it has "cast the best people available for the range of roles required."

The controversy seems to reflect a difference in mind-set between Asian-American artists, fiercely loyal to promoting the presence of Asians and Asian-Americans on stage and screen, and the British acting establishment, who believe that its first commitment is to promoting equity among actors in the UK regardless of race or gender.

The production marks the first time that a major British company is staging a translation of a renowned Chinese classic. In a week's time, on opening night, theatergoers in Britain will get the chance to see whether the play warrants the initial controversy — or not.