Carr: Australia 'Not Leveraged Against Any One National Economy' | Asia Society Skip to main content

Carr: Australia 'Not Leveraged Against Any One National Economy' 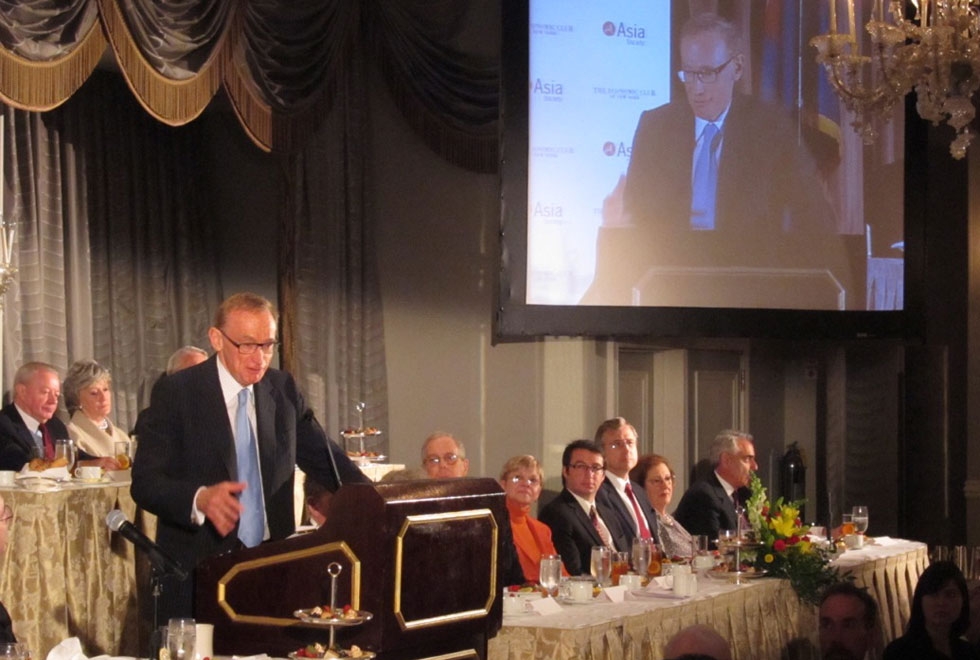 A Chinese slowdown will not necessarily equal an end to Australian economic growth, said Australian Foreign Minister Bob Carr on Monday before a packed house at The Pierre in New York City.

"Australia's economy today is less reliant on our natural resources and our mining boom than you might believe," said Carr, speaking at a luncheon co-hosted by Asia Society and the Economic Club of New York. The Foreign Minister was a last-minute replacement for Prime Minister Julia Gillard, who was unable to deliver her scheduled address due to illness.

"Australia has lived through a generation of growth," Carr said.

"Some observers boil that all down to this way: a simple phenomenon, a mining boom — with a simple explanation. Chinese demand for commodities — and entailing a simple risk, slowing Chinese growth and lower commodity prices. But a story that simple is rarely accurate. And if you only guard against simple risks, you won't be ready for the most challenging threats."

Carr argued that China is not the only Asian nation on the rise. The growth of India and Indonesia, he said, will also create a new wave of consumers.

"In the century ahead, it's precisely economies like ours — advanced, knowledge-oriented, service-rich economies — which are best placed to prosper," Carr said. "But only if we keep lifting productivity, if we keep driving innovation, keep generating new ideas."