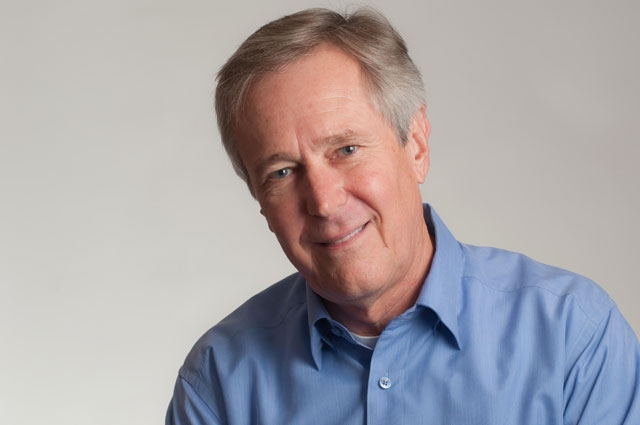 The book puts China's massive commitment to new airports and airplanes into the broader context of its broader growth and modernization while also focusing on the human stories underneath — or, as the flap copy puts it, on "the hucksters, visionaries, entrepreneurs, and dreamers who seek to benefit from China’s pursuit of aerospace supremacy."

Fallows will read from and discuss China Airborne at Asia Society New York on Tuesday, May 22. For those who can't attend in person, a live webcast will be available at AsiaSociety.org/Live at 6:30 pm ET. Following is an excerpt from the book's introduction.

The Flight to Zhuhai

In the fall of 2006, not long after I arrived in China, I was the co-pilot on a small-airplane journey from Changsha, the capital of Hunan province near the center of the country, to Zhuhai, a tropical settlement on the far southern coast just west of Hong Kong.

The plane was a sleek-looking, four-seat, propeller-driven model called the Cirrus SR22, manufactured by a then-wildly successful start-up company in Duluth, Minnesota, called Cirrus Design. Through the previous five years, the SR22 had been a worldwide commercial and technological phenomenon, displacing familiar names like Cessna and Piper to become the best-selling small airplane of its type anywhere. Part of its appeal was its built-in "ballistic parachute," a unique safety device capable of lowering the entire airplane safely to the ground in case of disaster. The first successful "save" by this system in a Cirrus occurred in the fall of 2002, when a pilot took off from a small airport near Dallas in a Cirrus that had just been in for maintenance. A few minutes after takeoff, an aileron flopped loosely from one of the wings; investigators later determined that it had not been correctly reattached after maintenance. This made the plane impossible to control and in other circumstances would probably have led to a fatal crash. Instead the pilot pulled the handle to deploy the parachute, came down near a golf-course fairway, and walked away unharmed. The plane itself was repaired and later flown around the country by Cirrus as a promotional device for its safety systems.

On the tarmac in Changsha, on a Sunday evening as darkness fell, I sat in the Cirrus's right-hand front seat, traditionally the place for the co-pilot — or the flight instructor, during training flights. In the left-hand seat, usually the place for the pilot-in-command, sat Peter Claeys, a Belgian citizen and linguistic whiz whose job, from his sales base in Shanghai, was to persuade newly flush Chinese business tycoons that they should spend half a million U.S. dollars or more to buy a Cirrus plane of their own — even though there was as yet virtually no place in China where they would be allowed to fly it. I was there as a friend of Claeys's and because I was practically the only other person within a thousand miles who had experience as a pilot of the Cirrus. In one of the backseats was Walter Wang, a Chinese business journalist who, even more than Claeys and me, was happily innocent of the risks we were about to take. 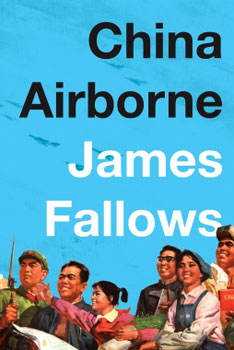 We were headed to Zhuhai because every two years, in November, the vast military-scale runway and ramp areas of Zhuhai's Sanzao Airport become crammed with aircraft large and small that have flown in from around the world for the Zhuhai International Air Show, an Asian equivalent of the Paris Air Show. Zhuhai's main runway, commissioned by grand-thinking local officials without the blessing of the central government in Beijing, is more than 13,000 feet long — longer than any at Heathrow or LAX. The rest of the facilities are on a similar scale, and during most of the year sit practically vacant. As long-term punishment by the Beijing authorities for the local government's ambitious overreach, the airport has been (as a local manager told me ruefully on a visit in 2011) "kept out of the aviation economy" that has brought booms to the surrounding airports in Hong Kong, Macau, Shenzhen, and Guangzhou.

But briefly every two years, every bit of its space is called into play. So many planes are present there's barely room to maneuver. Because nearly all of the 21st century's growth in the world's aviation market has been and is expected to be in Asia, with most of that in China, Zhuhai has become more and more important as the place for aerospace merchants and customers to meet. Boeing has booths there, and so does Airbus, and so do Russian and Brazilian and Israeli suppliers — the Russians and Brazilians and others with squads of "booth babes" — plus American and European architecture firms hoping to design the environmentally friendly new Chinese airports of the future, plus every military contractor from every part of the globe trying to sell fighters or attack helicopters to governments with extra cash. The plane we sat in was the only demonstration model of the Cirrus then available in China, and Claeys was the company's only salesman and company pilot anywhere nearby. If he and the plane didn't get there by that Sunday evening, he would be embarrassingly absent for the next day's demo flights, sales talks, and other events he had been lining up for months.

So Claeys was making the trip because he had to, and Walter Wang because he wanted a ride to Zhuhai to cover the show. I was there to help as Claeys's copilot. At the time I imagined that this would be the first of many small-plane trips I would be making in China.

After all, China would seem to be a country made for travel by air. Like Australia, like Brazil, like Russia or Canada or most of the United States away from the urban Northeast, it is characterized by vast distances; widely separated population centers; mountains and gorges and other barriers separating the cities and making land travel slow and difficult — plus dramatic, interesting scenery to view from above. China's commercial-airline business, starting from a very limited base, was already booming, with nearly twice as many people flying on airlines in 2006 as five years earlier, and twice as many again by 2011.

With the surge of private wealth and the rise of industrial centers at far-flung points across the country, "general aviation" would seem a natural candidate for development. This category includes every sort of non-airline activity, from corporate jets for China's scores of new billionaires and thousands of rising millionaires to crop-dusting activities in its farmlands to search-and-rescue operations after disasters or last-minute organ-transplant flights to purely recreational flight. You could take China's relatively limited numbers of airplanes, airports, and overall aviation activities as a sign of backwardness — or, as was the case in so many other aspects of modern China, as an indication of a gap that could be quickly closed with a huge spurt of construction, investment, and capital outlay.