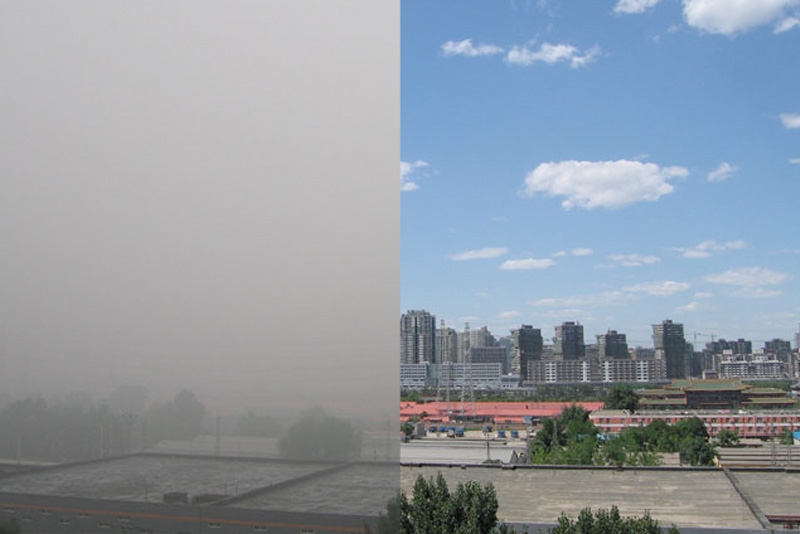 How bad was the air quality in Beijing last week? "Crazy bad," according to senior US officials monitoring air quality in the Chinese capital. The Associated Press reports they admitted running out of conventional adjectives to describe the increasing pollution, but promised to review their language.

But, inappropriate language or not, the air quality index in Beijing sometimes goes above 500, its highest point and a level considered quite hazardous by US standards. The complex problem is caused by a growing number of cars and trucks (1200 new cars hit Beijing's roads every day), coal burning for industry and even desertification many miles away.

Clearing the Air: China's Environmental Challenge, a project produced by Asia Society's Center on US-China Relations, has been tracking Beijing's air quality since 2008. Managing Editor of the US-China Center's "China Green" project Michael Zhao says, "China's decade long, 120 billion yuan cleanup campaign before the 2008 Summer Olympic Games significantly cleared up the sky in the lead up to the Games. But after that the air pollution has come back a little. And of course if you compare with Western standards Beijing's air quality is still very bad many, if not most, days of the year."

A newer China Green project compares air quality in Beijing to that in New York. Visit Clearing the Air and watch the dramatic video on "Clearing the Air: China's Environmental Challenge," click here.