To Be 'All In' on Asia, US Must Manage Crises and Leverage New Opportunities | Asia Society Skip to main content

To Be 'All In' on Asia, US Must Manage Crises and Leverage New Opportunities 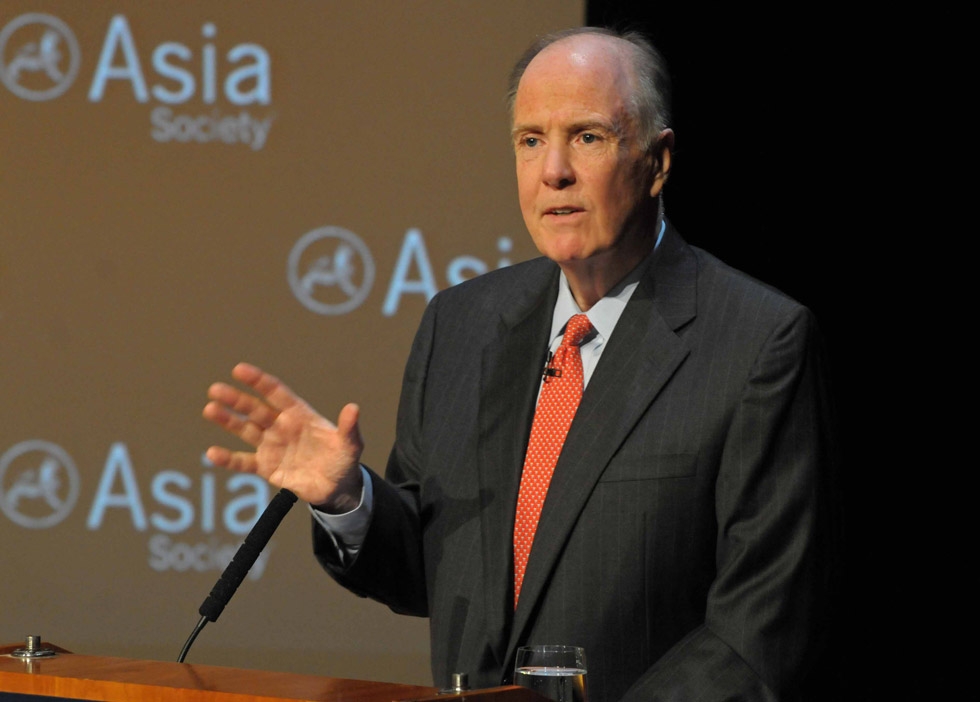 Americans and Asians who seek deeper relations across the Pacific should be greatly heartened by National Security Advisor Thomas Donilon’s speech at Asia Society in New York yesterday. After a season of some uncertainty, Donilon reaffirmed that the Obama administration believes at the highest levels in the “importance of constant, persistent U.S. engagement in this dynamic region.”

In recent weeks, Asia watchers wondered where the “rebalancing toward Asia” fit with Washington’s other priorities. The concerned noted the potential for disruption to U.S. engagement with Asia from budget cuts through sequestration, Secretary of State John Kerry’s decision to leave Asia off the itinerary of his inaugural trip, and the launch of a trans-Atlantic trade negotiation that some feared could become more important than a parallel trans-Pacific effort. On each count, from defense to diplomacy and trade, Donilon underscored the president’s personal commitment to persist in engaging Asia. “When it comes to the Asia-Pacific,” Donilon said, “the United States is ‘all in.’”

His speech, though, also emphasized how much there is left to do, for governments and for cooperation-minded thinkers and organizations. American leaders’ rhetoric about Asia — and the National Security Advisor’s speech was no exception — tends to focus on “challenges.” But there are many opportunities in Asia as well.

In Asia today, the challenges to U.S. interests are many, they are serious, and they are the things that require American leaders’ immediate attention. These challenges are also what draw public attention. The headlines on Donilon’s speech highlight the point. The New York Times reported from the speech that “U.S. Demands China Crack Down on Cyberattacks” (and there were many similar titles elsewhere); the Associated Press that “NKorea's Kim visits front-line troops amid tension"; and CNN that “Pyongyang scraps armistice amid heightened saber rattling.”

Conflict, though, is only half the story. In an age when geopolitical and geoeconomic maps are being redrawn by rapid shifts in political and economic power, the United States has a unique opportunity to build new patterns of cooperation. In the Obama administration, the next step to deepen the rebalancing is to work, as much as is possible with the crush of each day’s crisis, to craft a positive vision for U.S. relations in Asia that fully leverages new opportunity.

In recent weeks, Asia Society-affiliated thinkers have offered ideas about many places to start.

Integrate U.S. work on South Asia and East Asia. A recent Asia Society report noted that State Department’s Bureaus for East Asia and the Pacific and South and Central Asia have begun crucial cooperative work. But, the United States can go further. If a major accomplishment of post-Cold War U.S. diplomacy was to recognize the changing geography of international relations by expanding NATO, today, a similarly unique confluence of events creates the opportunity to expand what Washington often calls “Asia” to include South Asia.

Seek engagement with Iran. A recent Asia Society program featuring Ambassador to the United Nations Mohammad Khazaee and former U.S. Under Secretary of State for Political Affairs Thomas Pickering provided what Asia Society Vice President for Global Policy Programs Suzanne DiMaggio called “an opportunity to think through what a political solution might look like and the process to achieve it."

Double down on Myanmar. Asia Society assisted the opening in U.S.-Myanmar relations through Track II dialogue and policy research. Myanmar’s success is important for its own sake, but also because it will set expectations in other countries on the possibilities of fundamental reform. Recently, Asia Society experts have suggested expanded U.S. support could help accomplish even more, including on economic reform and the environment.

Deepen dialogue on Asian nations’ evolving role in global organizations. There will be no truer sign of the U.S. commitment to Asia than to find new formulae for inviting greater Asian leadership of the world’s global institutions.