In Australia, It's Rudd vs. Gillard, Part II 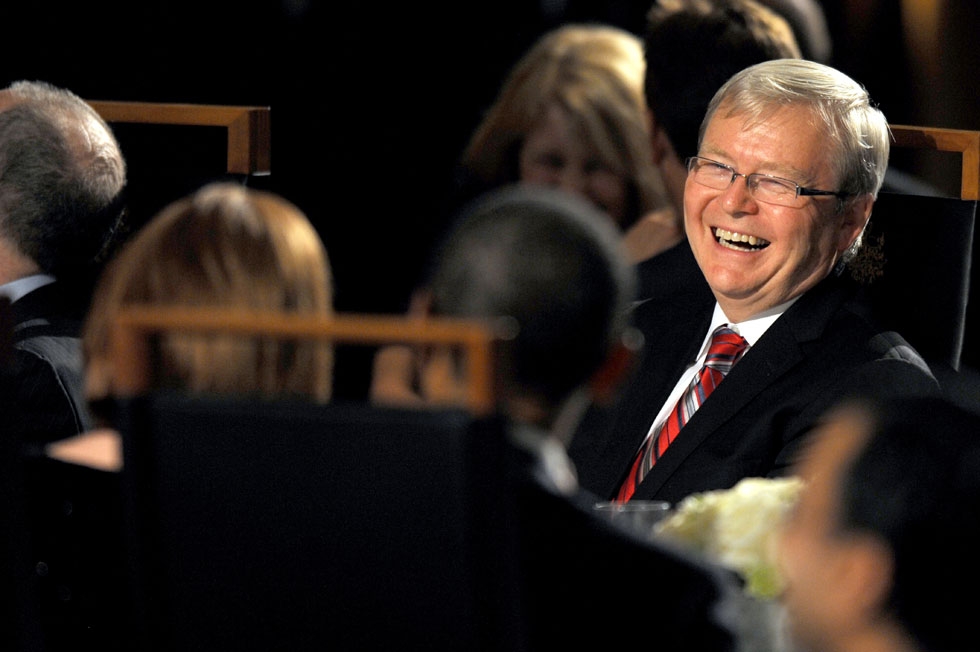 A dramatic political power play is unfolding in Australia after Kevin Rudd shocked his countrymen by resigning as foreign minister in what is clearly a bid to again become his nation’s leader.

Jaws dropped in national capital, Canberra, when Rudd hastily called a late night televised media conference in Washington, D.C. (where he was on an official visit) and announced he was quitting, ostensibly because he no longer believed he had the support of current Prime Minister Julia  Gillard.

Gillard acrimoniously took the top job away from Rudd in a party room coup 20 months ago to become her country’s first female prime minister. Ever since, she has been fighting off rumors and speculation that he was plotting against her just like she had against him.

Now Rudd’s ambitions seem truly out in the open.

As I type this, he is flying back to Australia while Gillard prepares to call a leadership vote on Monday among the members of parliament in her fractious governing Labor Party.

By putting her job on the line, Gillard will hope to have the numbers to stave off Rudd’s bold offensive. Rudd’s confidence, though, is anchored in the fact that his popularity among voters is far stronger than that of Gillard, who has stumbled repeatedly in office and only just got Labor returned to power at the last election as a minority government that survives only with the support of a handful of independent legislators.

Rudd's argument will be blunt: Only he can lead Labor to victory at the next election due in 2013.

Australia’s parliamentary culture is a rough and tumble version of Britain’s Westminster system. It is regularly punctuated by raucously tough debate where politeness often takes a backseat.

But even veteran MPs, who regularly slug it out on the floor of Australia’s House of Representatives and Senate, have been taken aback by Rudd’s dramatic comeback campaign. Gillard apparently had been given no prior notice of his first strike.

It was only in January that Rudd came to Asia Society in New York and outlined a manifesto for what he called “Pax Pacifica”:  a proposal by which the United States, China and the rest of the Asia-Pacific could embrace and manage the region’s soaring economic growth and strategic importance.

At that time he maintained the nations of the region could live and grow in harmony only if they drafted and followed a clear and agreed set of rules. A little more than a month later, it seems there’s no such equivalent set of rules to be found in Canberra’s corridors of power.