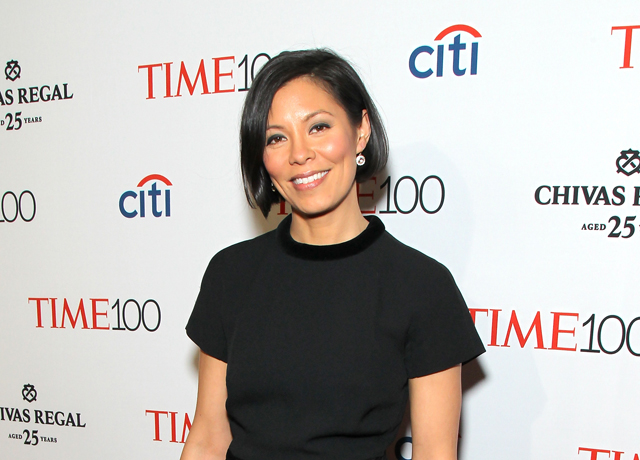 Born and raised in Washington, D.C., Alex Wagner began her career as a music journalist before turning her attention to national affairs, focusing in particular on the intersection of politics and culture. Wagner has worked in both print and television journalism and is best known as the host of the MSNBC program Now with Alex Wagner, which ran on the network from 2011 to 2015. The 38-year-old Wagner now works as a senior editor at the Atlantic.

Asia Blog recently caught up with Wagner to talk about the importance of covering culture, her Asian American identity, and whether the media is "responsible" for the rise of Donald Trump. The conversation has been slightly edited for clarity.

After being at a television network for so long, what appeals to you about returning to the printed word at the Atlantic?

Television is an amazing platform, and it appeals to a lot of people, but unfortunately the level or in-depth analysis and discussion necessarily has to suffer because of the demands of the format. I was really excited to get back to a place that prides itself and has developed a sterling reputation in terms of its ability to delve deeply into issues that people really care about. When I was in MSNBC, I would always go to the Atlantic to see what their take was on any given news topic of the day, and that was really meaningful: I'd consistently see that the Atlantic had the most provocative, deeply insightful, and ambitious thinking on the news of the day. It’s really a pleasure and honor to be part of the team now, and to help them do the same thing.

What are some of the broader issues that fascinate you as a journalist? If you look ahead to the next months and years, what are some stories or ideas or themes that you want to dive into and cover?

I’m really particularly interested in the intersection of politics and culture. I think we — speaking generally as the media — do a lot of high-intensity coverage about 2016 electoral politics, but we don’t look at the seismic shifts happening underneath that inform the very politics we’re covering. I’m interested in looking at how culture plays a role in shaping our political discourse, and, even, generating the kind of candidates that we have on the stage today. That means calling on my background in the world of art and music and culture, distilled and developed when I was at MSNBC and [AOL's] Politics Daily to understand the contours of political debates.

Your mother is an immigrant from Myanmar. With immigration such a large issue in this presidential election, has your background given you particular insight?

Well, for sure identity and heritage and immigration are topics of mine, and not only because of my family background. I’m finishing my first book, which is a meditation into the question of how we Americans tell ourselves who we are. It's a subject that intersects with a lot of the stuff that we’ve seen debated on the political stage. I absolutely think as a first generation American on my mom’s side, I’m acutely aware of the softer side — the hope, the optimism, and the complex jumble of emotions that are attendant with any immigration story, and also the inheritance of all that as an American.

I think it’s also been interesting to have all of that very much with me, as there’s been this fierce and roaring debate over who belongs here. Because of my heritage, there’s a deeply emotional core that I always go back to when we have this debate, which I’m sure is the same for almost any immigrant in this country. It’s a very personal and profoundly impactful history, that of coming to America, that you carry with you, and I think that informs all of the ways that we digest the various viewpoints on offer.

Do you think that media organizations have made progress making newsrooms more diverse? What stories deserve wider coverage? And how would diversity help bring these stories forth?

I think newsrooms have done an OK job. At a certain point, there’s a question of having people of color — to tick the diversity box — and then there’s the question of actually having diverse coverage — a media product that is reflective of diverse opinions and diverse backgrounds. I think in this sense we have a lot of work to do.

It’s great to have black and Latina and Asian American journalists, but you want to make sure they’re not just covering the same topics. First of all, it’s not to say that black journalists have to cover “black” topics. What’s paramount is that you not only have a diverse newsroom in terms of perspective and background, but you also have diverse coverage.

And that’s harder and more elusive, in part because this is a complicated time in media. 2016 has shown that there's a reliance on “power topics," like Donald Trump, that are good for clicks and ratings. And what do we sacrifice in progress? In part, I think we sacrifice coverage on a diverse range of topics, including ones that are particularly relevant to people of color, Asian Americans, black people, and Latinos.

Speaking of the prospective Republican nominee — is it fair to credit, or blame, the media for the Donald Trump phenomenon? Or does the media simply reflect divisions that exist in society?

I think that on some level, the media is culpable for giving Donald Trump free earned media. But that’s important because he was a spectacle from the very beginning — I mean, it’s Donald Trump. Nobody expected him to actually become the nominee. I think you can castigate the media to a certain degree to prompt a more heartfelt look at the ratings, and how much those are drivers of coverage, but ultimately Donald Trump is where he is because he’s gotten votes. If he hadn’t won the states he already had, he wouldn’t be where he is.

I would love to say the media is all-powerful, but unfortunately I know the reality. People get information from there, and the media has a role to play. But there is something incredibly resonant about Trump’s message. He has tapped into something that has nothing to do with cable news. He’s tapped into an emotional, inchoate anger that nobody else did, and for that he’s winning.