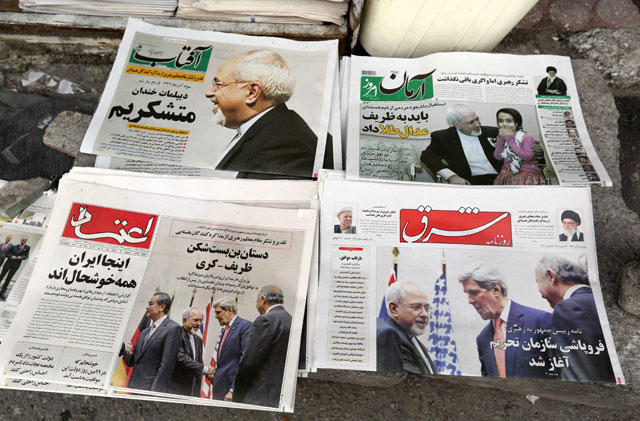 On November 24, the United States and its P5+1 partners (Britain, China, France, Germany, and Russia) announced they had reached an initial nuclear agreement with Iran. The first-stage deal freezes key elements of Iran's nuclear program in exchange for limited sanctions relief and provides negotiators with a six-month time frame to work toward a comprehensive and lasting accord.

For analysis of this news, Asia Blog turned to Suzanne DiMaggio, Vice President of Global Policy Programs at Asia Society. An expert dialogue practitioner, she leads Asia Society’s Iran Initiative, which brings together Americans and Iranians to discuss issues of interest to both countries. As Vice President of Policy Programs at the United Nations Association, DiMaggio directed a U.S.-Iran Track II dialogue from 2002-2007, which served as one of the few bridges facilitating sustained, face-to-face discussions between Americans and Iranians during that period. DiMaggio is also one of 35 experts who signed the report Strategic Options for Iran: Balancing Pressure with Diplomacy.

What’s your assessment of the deal that was announced on Sunday?

As experts and pundits continue to dissect the technical details of the deal, one thing is immediately clear: After 34 years of estrangement and hostility, American and Iranian officials are now talking to each other. The shattering of this decades-long taboo is a significant win for diplomacy.

What made the agreement possible?

A number of key factors contributed to the successful outcome in Geneva. Chief among them was that leadership at the highest level in both Washington and Tehran wanted the deal to happen. Direct, under-the-radar discussions between U.S. and Iranian officials, which reportedly began as early as March 2013, paved the way for the agreement and the process going forward. Without this direct diplomatic engagement, I seriously doubt we would be where we are today.

What role did the change in Iran's political leadership play?

The removal of hardliner Mahmoud Ahmadinejad from Iran's political scene and the election of moderate Hassan Rouhani as President accelerated the possibility of U.S.-Iran engagement. The appointment of Javad Zarif as Foreign Minister, a seasoned diplomat familiar with the complexities of nuclear negotiations and well known to some of the key American officials involved in the talks, cemented the course of direct bilateral discussions.

What's next on the diplomatic agenda?

The Geneva agreement is a historic first step meant to serve as a bridge to a final deal to be negotiated within the next six months. Recognizing that the road ahead will not be easy is stating the obvious. Even so, I’m optimistic. Direct diplomatic engagement between the United States and Iran has finally been tested and the initial results are promising.